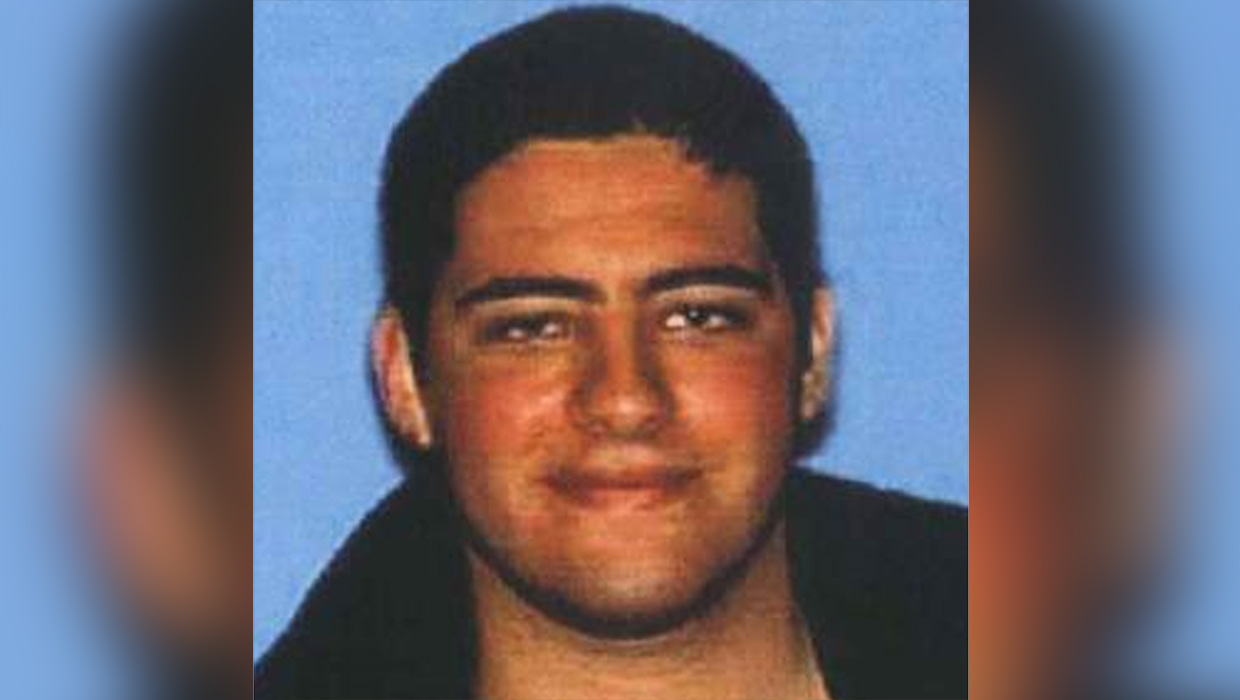 (CBS/AP) SANTA MONICA, Calif.  - What she remembered most about the man who fired at her were his eyes. Hard, cold and intense.

There was "no hesitation, no flick of a muscle, nothing. Just absolutely staring and going onto the next step," recalled Debra Fine about the gunman behind the shooting rampage that killed five people here. "I just simply got in his way. And he needed to kill me. That was it."

Fine recognized 23-year-old John Zawahri's eyes in a 2006 yearbook photo shown to her by The Associated Press as police officially named him as the shooter on Sunday.

Investigators trying to determine why Zawahri planned the shooting spree focused on a deadly act of domestic violence that touched off the mayhem.

Police said he fatally shot his father and older brother at a home that went up in flames before taking the violence to the streets, which lasted just a matter of minutes until he was shot to death in a chaotic scene at the Santa Monica College library by police.

Authorities did not immediately name the shooter or the two men found dead in the house because next of kin was out of the country and hadn't been notified. That changed Sunday after Zawahri's mother cut her trip short and came back to the country.

Sgt. Richard Lewis, a police spokesman, said she was being interviewed by investigators, who were hoping she could help provide clues about what triggered the violence.

"A big piece of the puzzle just came home," he said.

The killing began as a domestic violence incident when Zawahri killed his father, Samir, 55, and brother, Christopher, 24, in their home near Interstate 10 in a working-class part of town a few miles from the beachside attractions that draw tourists year-round.

The gunman, carrying a duffel back with him with 1,300 rounds of ammo, set the house ablaze, fired shots in the neighborhood and took his rampage on the road.

Fine was the first stranger shot by Zawahri. She was using side streets after her singing lesson to avoid traffic from President Barack Obama's visit three miles away when a man dressed in black with a ballistic vest motioned at the car of the woman in front of her with his rifle, telling her to pull over.

She told CBS News correspondent Carter Evans she first thought the gunman was related to White House security for the Obama event. But she noticed something was amiss in the way he was holding his gun, describing him as being in "execute mode."

Then he pointed the rifle at her and started to yell.

Fine accelerated and drove between the two to reprimand him.

"And then I saw his eyes," Fine told Evans. "I saw him point. And then I knew. Then I knew he was really going to shoot and when I heard the explosion and the glass flying. I knew it was bullet."

Zawahri then walked toward her, shooting again. Fine was hit in the shoulder, arm and ear, and she lay on the passenger seat, pretending to be dead, while frantically calling her husband.

Zawahri, meanwhile, carjacked the woman he'd stopped and directed her to Santa Monica College, firing at bystanders along the way and shooting up a city bus.

At the college, he blasted a Ford Explorer driven by Carlos Navarro Franco, 68, killing the driver and his daughter, Marcela

Franco, 26, who died Sunday. The father was a longtime groundskeeper at the college and was taking his daughter to buy

On foot, Zawahri headed for the library, spraying gunfire around campus as students, who were in the middle of final exams, took

cover in classrooms or bolted for their lives. He fatally shot one woman in the head and then casually strolled past a cart of books into the library where he fired 70 shots without striking anyone.

In a shootout with three police officers, Zawahri was struck multiple times. His body was taken outside, where he was pronounced dead.

A small cache of ammunition was found in a room of the burned down house.

The elder Zawahri brought his family to the neighborhood of small homes and apartment buildings tucked up against Interstate 10 in the mid-1990s, according to property records.

Not long after arriving on Yorkshire Avenue, Zawahri and his wife Randa Abdou, 54, went through a difficult divorce and split

custody of their two boys, said Thomas O'Rourke, a neighbor. When the sons got older, one went to live with his mother while the other stayed with the father.

Public records show Abdou, who lives in an apartment a couple miles away, was the ex-wife of Samir Zawahri and former co-owner of the house where the first shooting took place.

John Zawahri had a run-in with police seven years ago, but Police Chief Jacqueline Seabrooks wouldn't offer more details because he was a juvenile at the time. She said the gunman was enrolled at Santa Monica College in 2010.

Home from the hospital on Sunday, Fine recalled the moments after she was shot. Neighbors had come to help her, one holding

"When I got to UCLA into the trauma room and I heard one of the doctors say, `Two more have arrived but they're DOA,' that's when I realized that this was part of something bigger, and that his intent had been to kill people," Fine said. "I'm just, I feel very, very lucky to be here."

Fine's right ear was clipped, and shrapnel hit her shoulders and chest in multiple spots. (She will probably have reconstructive

surgery for the ear over the next weeks, Fine said.)

"If it had been a few inches in the other direction, we would be having a very different conversation," Fine said.

Complete coverage of the Santa Monica College shooting on Crimesider