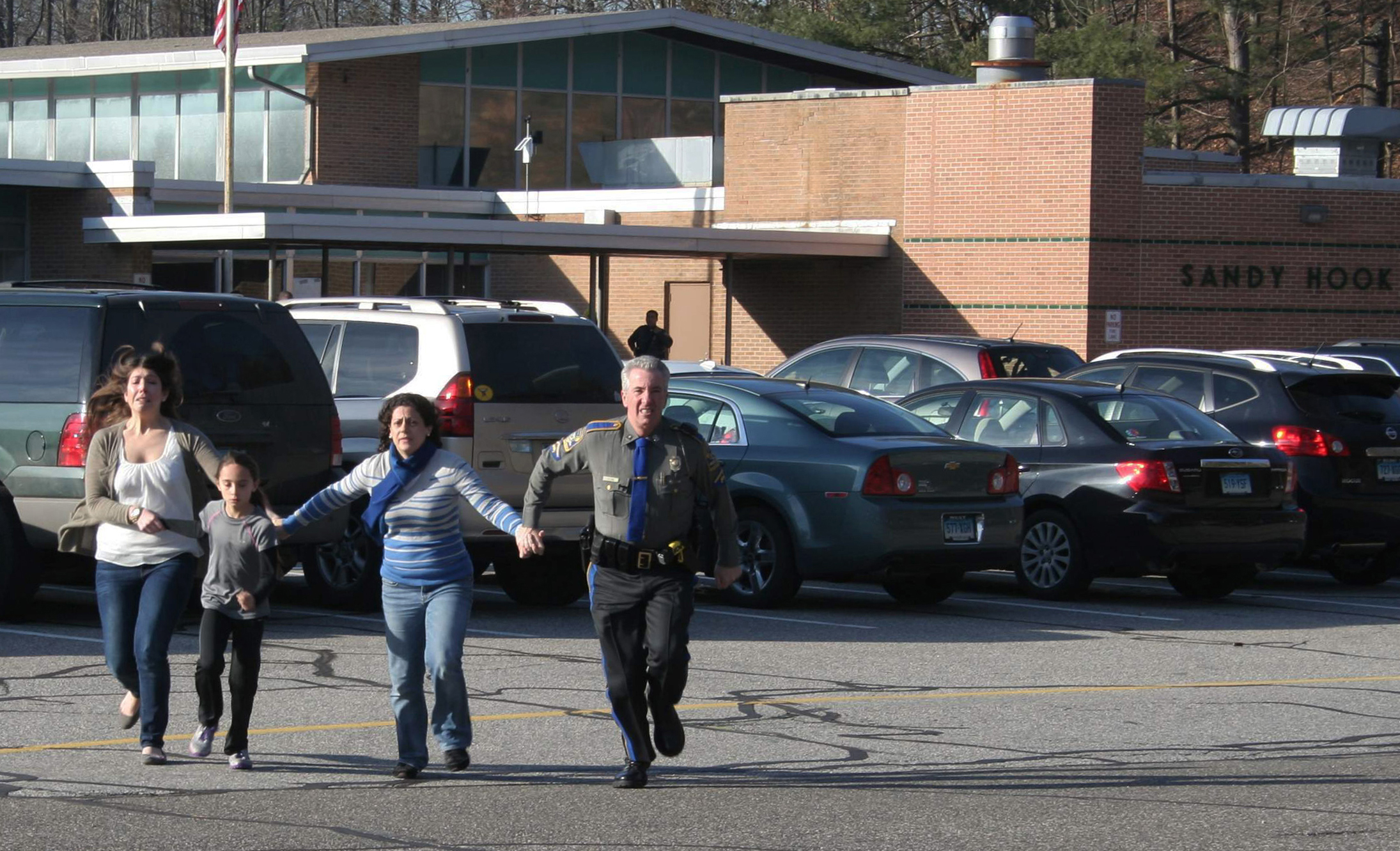 Less than two weeks before the anniversary of the massacre at Sandy Hook Elementary School, Newtown, Conn., officials released recordings of the 911 calls made by people inside the school where 20 children and six adults were gunned down on Dec. 14, 2012.

Moments later, gunshots can be heard in the background.

Another caller tells the dispatcher, “I think there’s somebody shooting in here at Sandy Hook school.”

“What makes you think that?” asks the dispatcher.

“Because somebody’s got a gun, I caught a glimpse of somebody they’re running down the hallway,” says the woman.

The male dispatcher remains calm, his voice clipped as he tells callers to stay where they are, and tells his colleague to call the State Police. When police arrive, Thorne tells the dispatcher that police say there are two people down.

In the end, many more were killed after Adam Lanza, 20, shot his way into the school. Before arriving on the campus of the elementary school, Lanza had shot and killed his mother, Nancy, in her bed.

On Nov. 25, Connecticut State Attorney Stephen J. Sedensky III released the results of the investigation into the shooting, determining that Lanza was able to kill 26 people in less than 11 minutes, and that police arrived four minutes after the first 911 call from the school. One minute after that, Lanza shot himself.