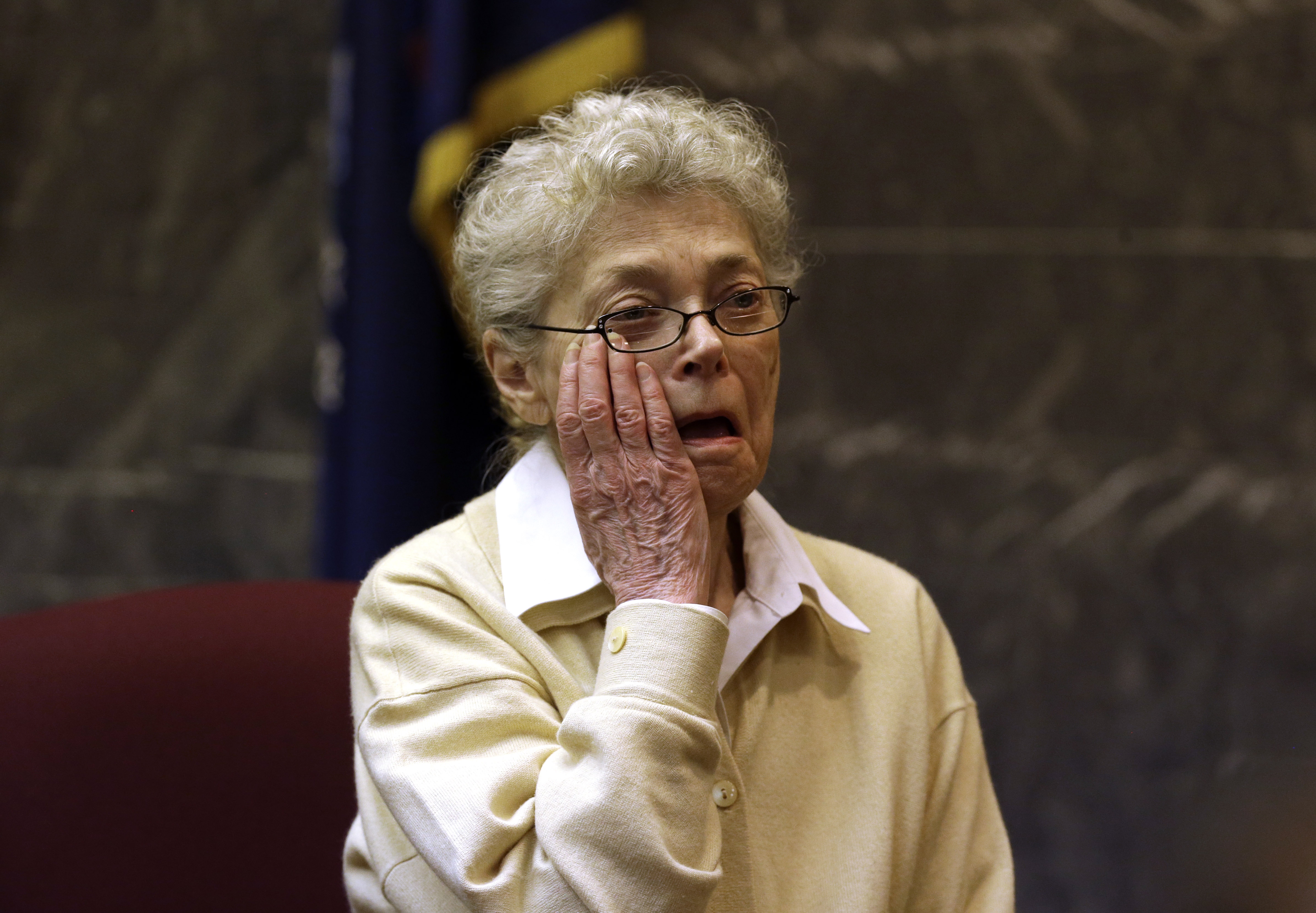 (CBS/AP) PONTIAC, Mich. - Sandra Layne, a 75-year-old woman who fatally shot her teenage grandson at their suburban Detroit home, is testifying in her own defense, saying she "adored" the boy and still loves him.

Layne is charged with first-degree murder in Oakland County court. There's no dispute she repeatedly shot 17-year-old Jonathan Hoffman on May 18, 2012, in West Bloomfield Township, even while he called 911 for help.

Layne's lawyer says she feared for her life because of Hoffman's erratic behavior and his use of synthetic marijuana.

Layne testified Wednesday in a soft voice. She turned the witness chair toward jurors but didn't always look at them.

She cried recalling a trip to a hospital where Hoffman was being treated for drug use. Layne says the teen lived with her while his parents lived in Arizona.