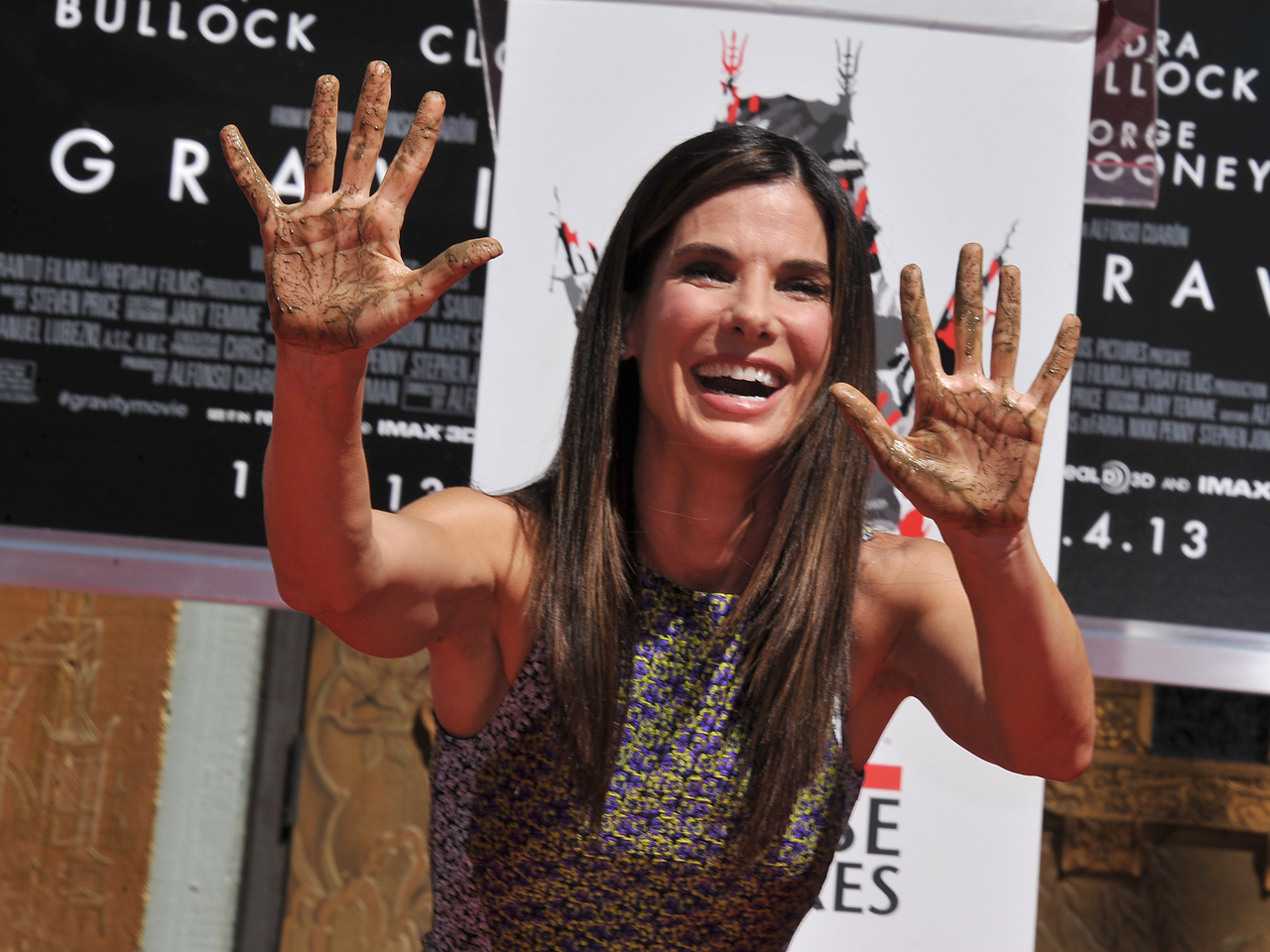 Sandra Bullock joined the elite company of Hollywood legends on Wednesday as she had her hand and footprints cast in cement in the forecourt of the storied TCL Chinese Theatre on Hollywood Boulevard.

"I looked back at all the people who have placed their body parts in cement from the very beginning...I just started realizing that every woman whose name I came across was such a pioneer and had to blaze a trail that was really dangerous, wild and wooly," Bullock said.

Accompanying Bullock on her special day was her 3-year-old son, Louis, whom she rarely brings to public events but felt compelled to have him witness such a historic day for her.

"Baby Louis was here, bribed with gummy bears and chocolate," Bullock said after the ceremony. "...I normally don't like him to be in this environment, nor does he care about it, but...this is such a historic thing; it's such a memorable piece of Hollywood. If there's one piece that...I'd like for [him] to be there [it is this]."

Bullock is now amongst a legion of cherished stars like Shirley Temple, Judy Garland, Humphrey Bogart, Gene Autry, John Wayne, Marilyn Monroe, Frank Sinatra, Clint Eastwood, Meryl Streep, Jennifer Aniston, Robert De Niro and many more who have been immortalized in front of the Chinese Theatre, which opened in 1927.

The Virginia native also received the prestigious honor of a star on the Hollywood Walk of Fame in 2005 that lies on Hollywood Blvd. a short walk from the Chinese Theatre near Highland Avenue.

Watch the video below to see more from Bullock's hand and footprint ceremony at the TCL Chinese Theatre: