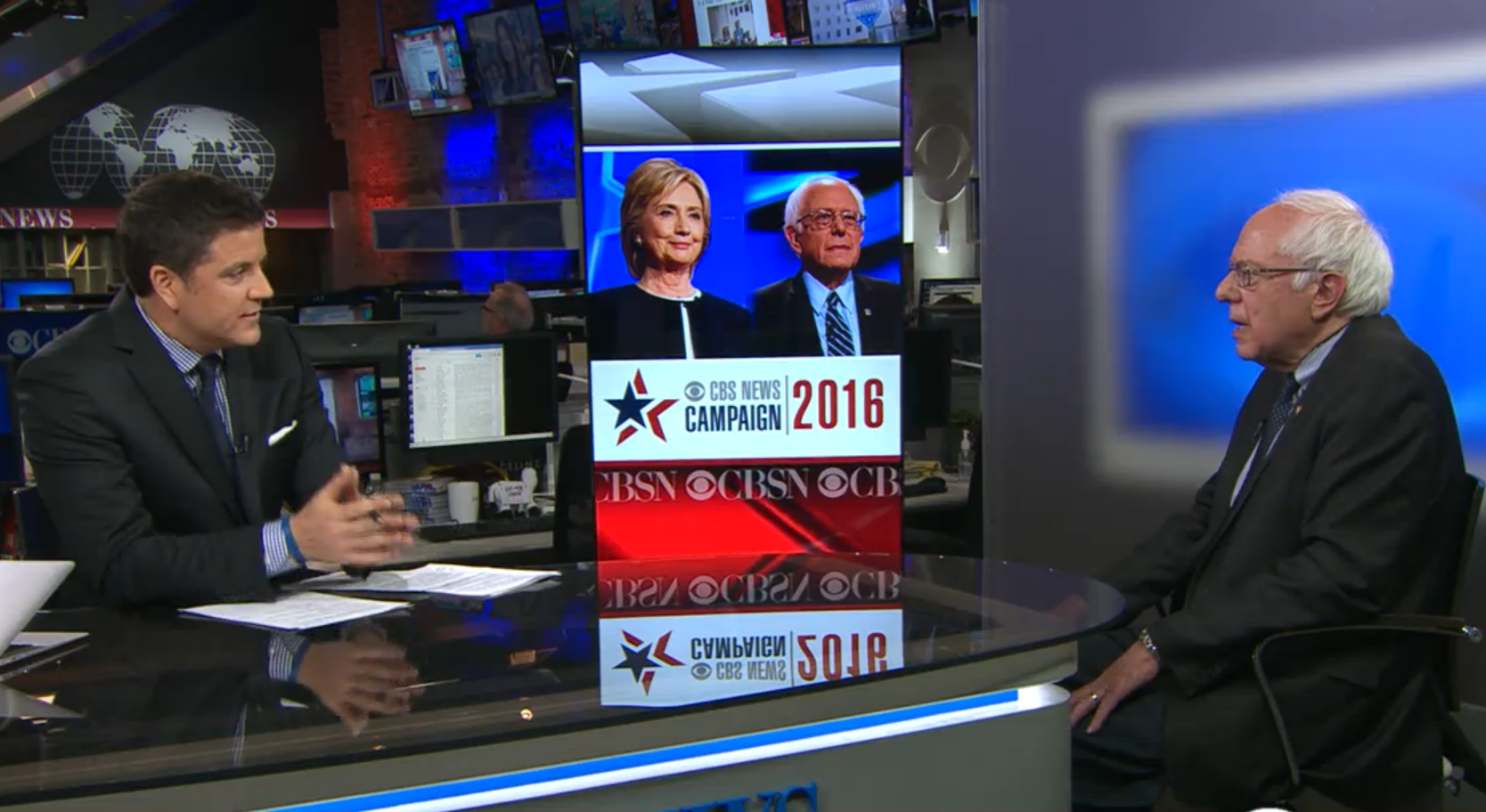 Bernie Sanders referred broadly to Donald Trump's remarks about abortion as "moronic" and said Thursday Hillary Clinton had taken his remarks out of context.

During an interview with CBSN, anchor Josh Elliott asked Sanders for his response to a clip of Clinton at an appearance Thursday in New York .

"Senator Sanders agreed that Donald Trump's comments [on abortion] were shameful. But then he said they were a distraction from...'a serious discussion about the serious issues facing America.' To me, this is a serious issue," Clinton said at State University of New York at Purchase.

Sanders pointed to his 100 percent pro-choice voting record and then explained, "What she was doing is taking me out of context. If you were going to ask me about another dumb, absurd, stupid remark made by Donald Trump, I cannot spend my entire life responding to every moronic statement made by Donald Trump."

On Wednesday, Sanders had opined that "to punish a woman for having an abortion is beyond comprehension." He didn't directly call Trump's remarks an outright "distraction" but suggested that the media amplifies "every stupid remark" without covering his overall positions.

"Any stupid, absurd remark made by Donald Trump becomes the story of the week," Sanders had said Wednesday. "Maybe, just maybe, we might want to have a serious discussion about the serious issues facing America."