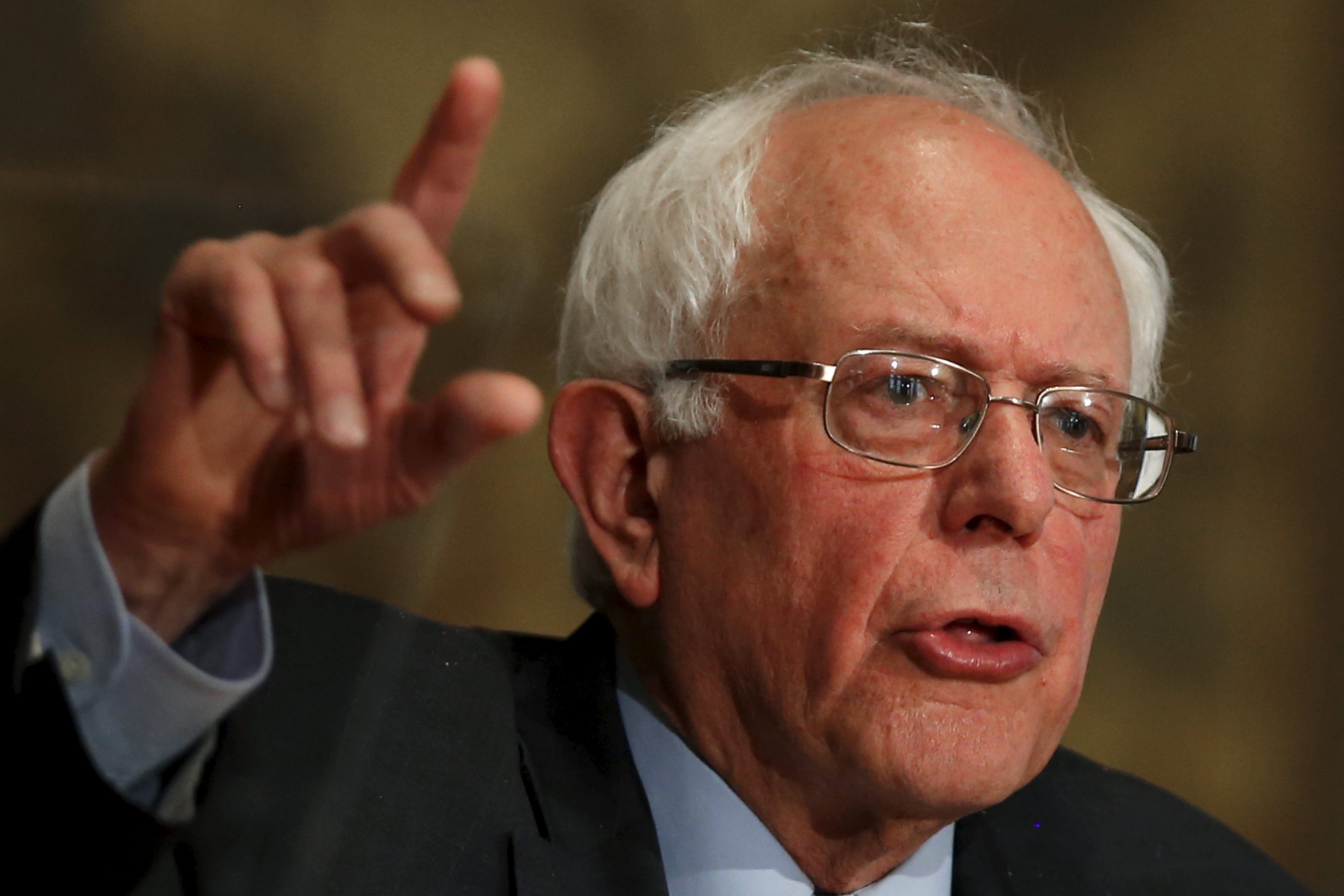 The complaint, launched in federal court, comes after the campaign ripped the DNC over its handling of a voter data breach in a Friday press conference, calling their response an "inappropriate overreaction."

"By their action, the leadership of the Democratic National Committee is now actively attempting to undermine our campaign," Sanders campaign manager Jeff Weaver said in a news conference Friday afternoon. "This is unacceptable. Individual leaders of the DNC can support Hillary Clinton in any way they want, but they are not going to sabotage our campaign."

Weaver went on to say that "if the DNC continues to hold our data hostage, and continues to try to attack the heart and soul of our campaign, we will be in federal court this afternoon seeking an immediate injunction."

The Vermont senator's 2016 team took particular issue with the DNC shutting down the campaign's access to its vast voter database, which contains lists and information the campaign uses for voter outreach. With just weeks until the first voting contests in Iowa and New Hampshire, the suspension could prove a significant hindrance to the campaign if it is not lifted soon.

The injunction asserts, "The loss of access to the Voter Data could significantly disadvantage, if not cripple, a Democratic candidate's campaign for public office."

Weaver said Friday, "This is the information about our supporters, our volunteers, the lists of people we intend to contact in Iowa, New Hampshire and elsewhere. This is information that we have worked hard to obtain. It is our information, not the DNC's."

The DNC suspended the Sanders campaign's access after finding that a Sanders staffer had allegedly taken advantage of a technical glitch with the database and had tapped into confidential data from Hillary Clinton's campaign.

But the Sanders campaign argued that it should not have been punished for the actions of a handful of staffers acting "irresponsibly," especially because it had already fired their national data director after finding out his involvement in the breach.

If the DNC continues to restrict the campaign's access to the database, Weaver promised that "we're going to have to go to federal court if this is not resolved very, very shortly -- to vindicate the rights, not only of this campaign, but of the millions of people across this country who want change."

Sanders' campaign manager also assured reporters that the campaign "does not possess any [Clinton] data, does not retain any data, doesn't want any of their data."

"We are running a clean campaign," Weaver said. "We are going to beat Secretary Clinton and everybody else in this campaign on the issues. We don't need dirty tricks. That's not how we run it here."

For their part, the DNC said it would suspend Sanders' ability to tap into the system "until the DNC is provided with a full accounting of whether or not this information was used and the way in which it was disposed."

DNC Chair Rep. Debbie Wasserman Schultz said in a statement that "[w]hen we receive this report from the Sanders campaign, we will make a determination on re-enabling the campaign's access to the system."

Later, the DNC chair told CBS News that she had been the one to inform Sen. Sanders of the breach and that the Democratic hopeful had been "stunned" by the disclosure. Wasserman Schultz did not provide a timeframe for when the campaign would once again be granted access to the database.

"We have a memorandum of understanding that specifically has a provision in it that allows us to suspend access to the voter file when they're -- particularly in cases like this where there has been a breach of proprietary information," she said.

Late Friday, Brian Fallon, the Clinton campaign's spokesperson, tweeted to complain that "only one" Sanders staffer has been fired over the incident:

And after the Sanders campaign filed its lawsuit, there was this:

"Staffers on their campaign did not make a mistake, they made 25 intentional and targeted searches of our data," he said.

Mook says the Clinton campaign wants a full report of what happened from the Sanders campaign and assurance that the campaign is no longer in possession of any of their data. "The data that they reached in and took from our campaign is effectively the strategic roadmap in all the states that they took our data from," he said, adding that it represents "millions of dollars" and "hundreds of thousands of volunteer hours."

During Weaver's press conference, the Sanders campaign also revealed that at least one other breach had occurred on the NGP VAN system earlier this year. The Sanders campaign said its data was also compromised during the breach two months ago, which it had informed the DNC of at the time, in an episode of "dangerous incompetence" on the part of the vendor.