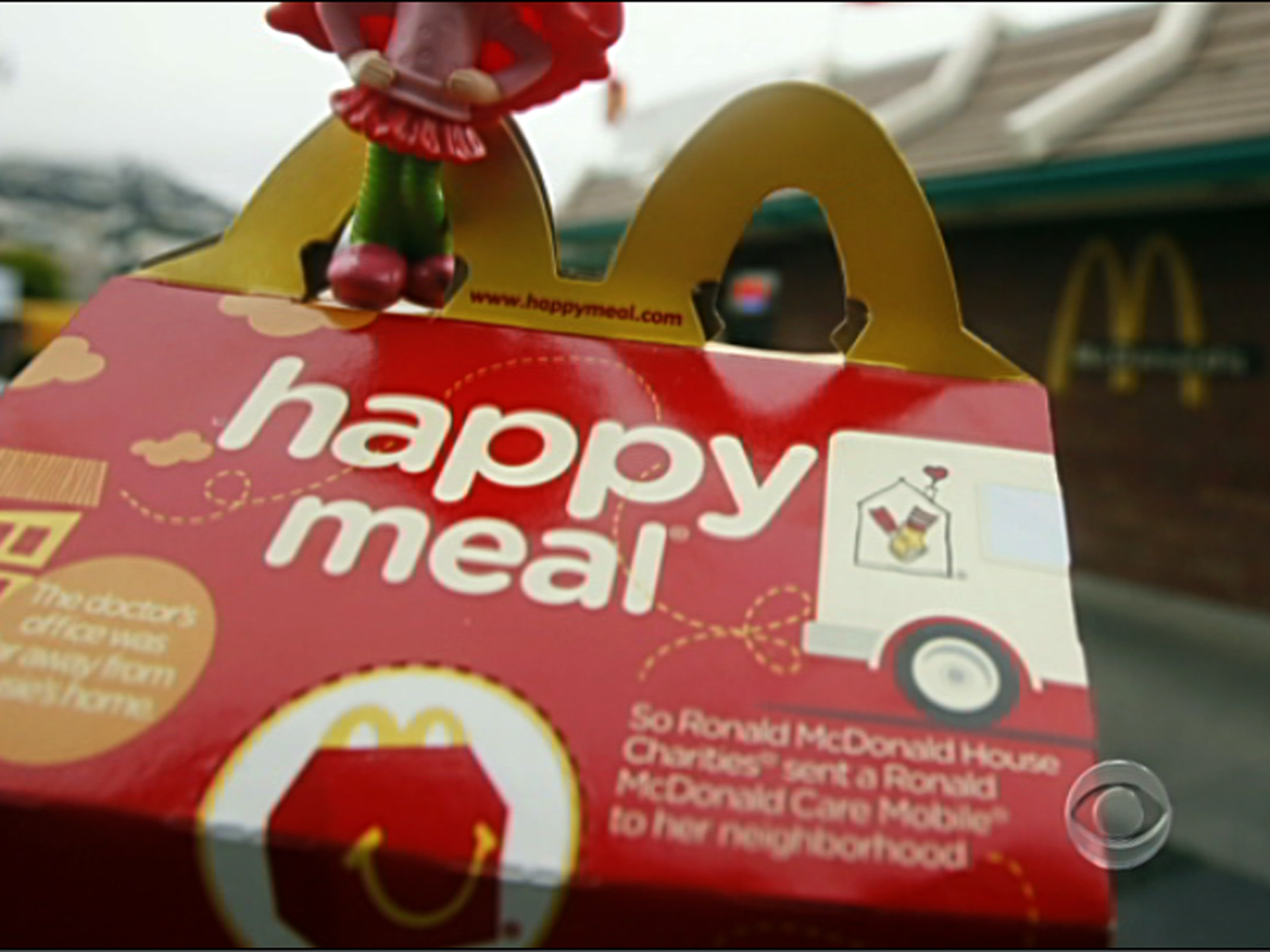 SAN FRANCISCO - McDonald's restaurants in San Francisco have found a way to comply with a city law that bans free toy giveaways with Happy Meals: charge 10 cents for the toys.

The San Francisco Chronicle reports that franchises in the city will begin charging the dime to customers who request that the toys be added to their Happy Meals.

Scott Rodrick owns 10 of the 19 McDonald's franchises in the city and says the 10-cent charge complies with the "letter of the law." The money from the toy sales will help build a new Ronald McDonald House. He has no intention of dropping the price of a Happy Meal.

According to McDonald's USA Director of Media Relations, the 10-cent price was determined from surveying customers. "They told us 10 cents is fair and reasonable," especially after being told the money would go to a charity, she said.