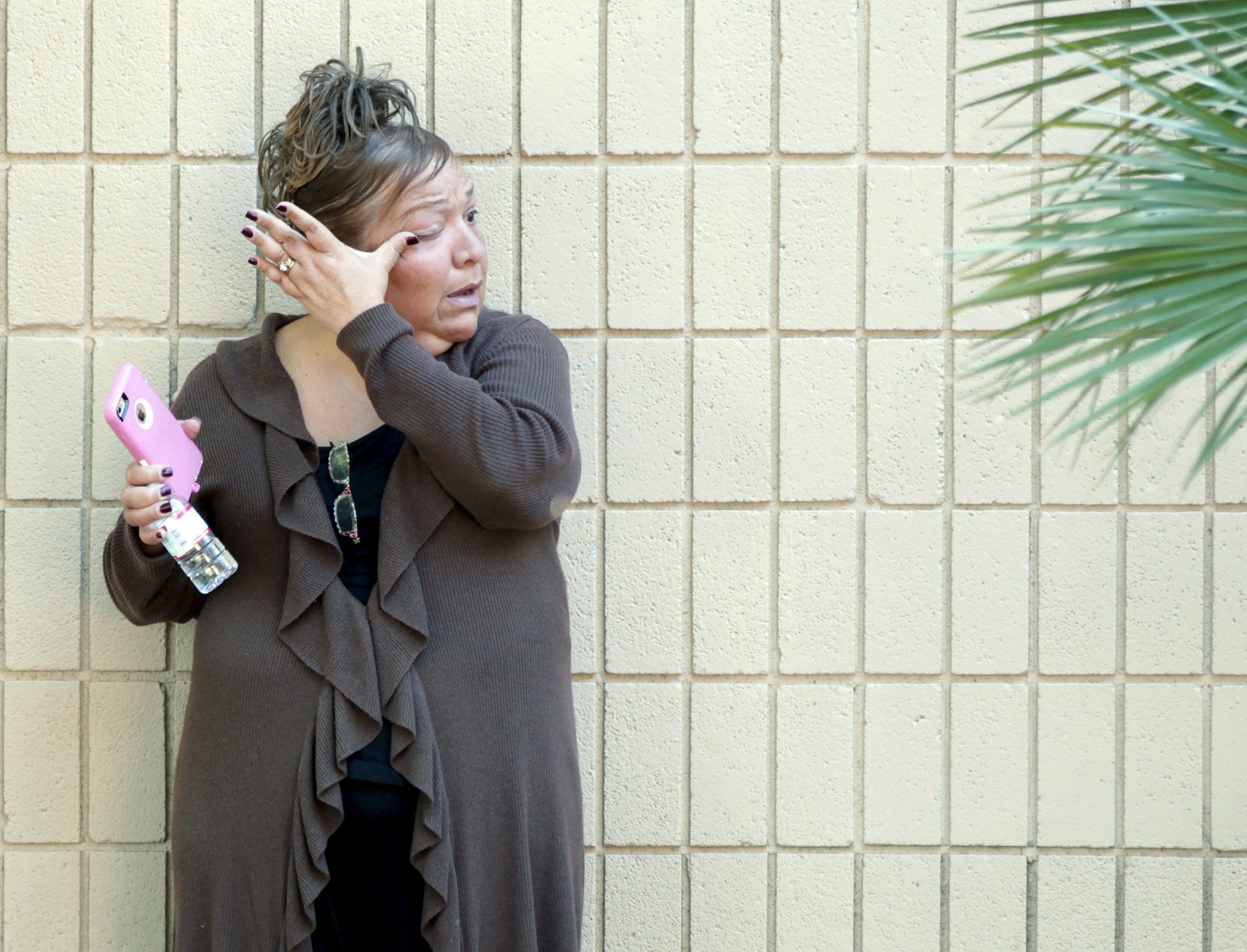 SAN BERNARDINO, Calif. -- Family and friends of those who worked at the Southern California building where at least 14 people were killed Wednesday anxiously waited for hours to make sure they were safe.

Police said at least two shooters stormed into the Inland Regional Center in San Bernardino before noon and began shooting. At least another 17 people were wounded.

Debbie Alvarado told CBS News she received a phone call from her daughter, Michelle, who had been shot in the side. Michelle told her mother she and the people she was with were pretending to be dead while the attackers were inside.

Sherry Esquerra said she was trying to reach her daughter and son-in-law, who work at the center with people with developmental disabilities. She was holding back tears as her calls went to voicemail.

Sheela Stark, a board member at the center, was trying to reach more than a dozen colleagues and workers, but had heard back from only one. She said she was trying to stay positive by watching the news on TV and looking for familiar faces.

CBS Los Angeles spoke with Paul Lacroix, who said his son Garrett -- who works on the first floor in the payroll department -- texted him when the shooting began.

"We probably had 20 text messages between us," Lacroix said. "Now I'm at ease that I know he's safe. Police have got him under control. They've got a good handle on it."

According to Garrett, alarms went off within the facility. Shortly after, police told employees to hunker down, shelter in place and to silence their cell phones.

"The fire alarm went off and we saw people searching the building," Garrett said. "Someone started shouting in the halls that there was possibly a bomb. We saw officers with vests and automatic weapons."

Authorities then came by and escorted survivors outside of the building with their arms raised.

"We were all corralled into a corner of the building," he explained. "They patted us all down and checked our bags, our identification and registration."

Officials held nearly 200 employees on the railroad tracks near the building before they were driven to a safe location, according to Garrett.

Meanwhile, as they waited, many workers continued to send text messages to their loved ones to let them know they were safe.

"Everyone is really anxious right now, a little shaken up," Garrett added. "They seem to be talking on their phones or texting. It doesn't seem that anyone is really afraid at this point since we're far away from the building."

Authorities advised people waiting for word about loved ones to go to the Hernandez Center at 3rd Street and Sierra Way, where police were helping to reunite survivors with their families.

The Inland Regional Center has nearly 670 employees and serves 30,000 families. The state-run facility offers services for children and adults with intellectual and developmental disabilities including autism spectrum disorder, Down syndrome, cerebral palsy and other conditions.