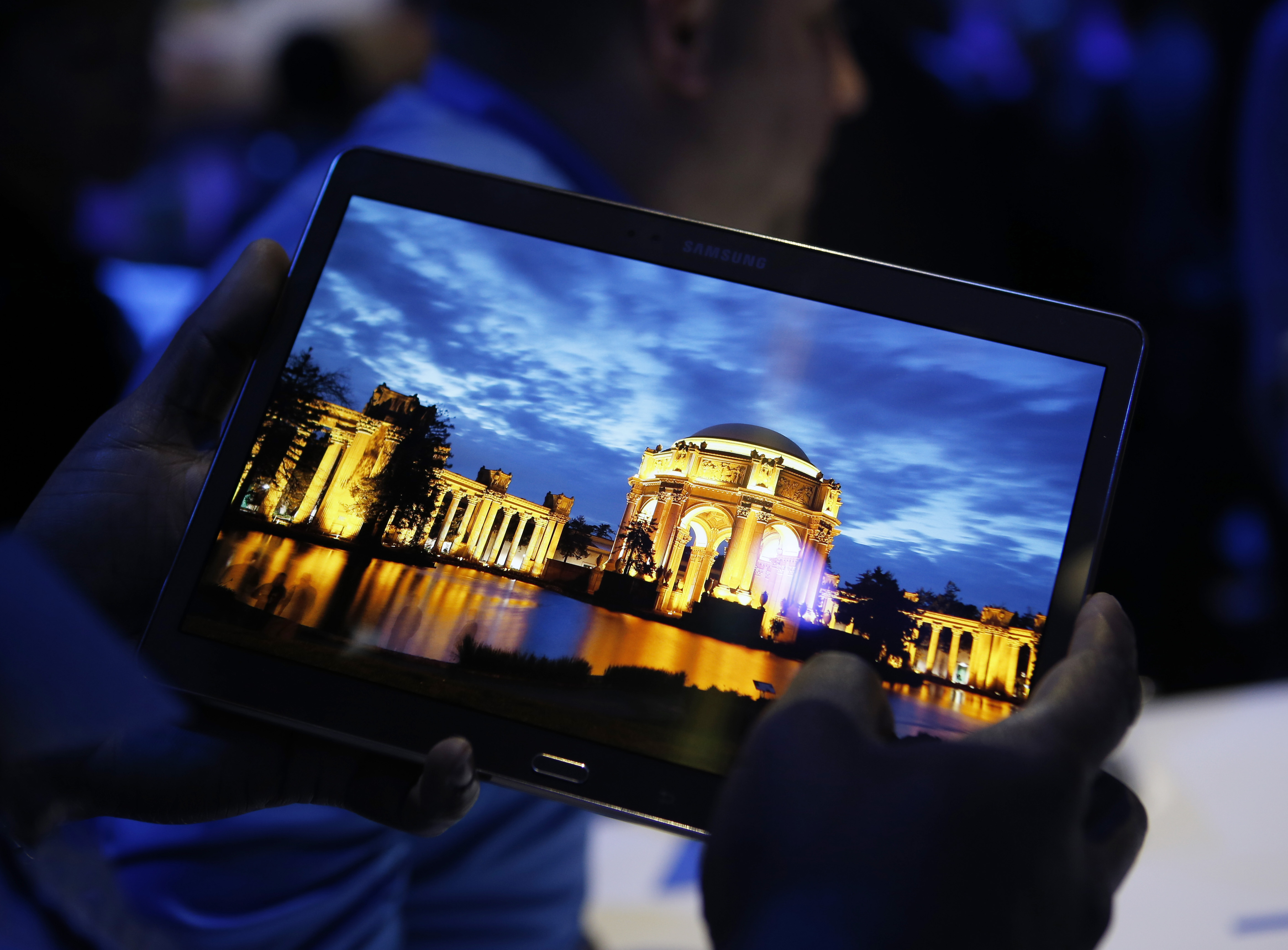 Samsung is taking aim at Apple's iPad with its next generation of Galaxy tablets, unveiled Thursday evening at New York's Madison Square Garden.

The new Galaxy Tab S will come in two screen sizes and feature a display richer in color than standard LCDs.

The screen technology, known as AMOLED for active-matrix organic light-emitting diodes, is already found in smartphones made by Samsung and a few other manufacturers. But until now, tablets haven't used them because larger AMOLED screens are more difficult to produce.

The Galaxy Tab S runs Android's 4.4 KitKat operating system and will be available with screens of 8.4 inches and 10.5 inches, as measured diagonally.

CNET notes the new Galaxy tablets are both thinner and lighter than comparable iPads -- despite offering larger screen sizes -- for the same price.

Besides producing richer colors, AMOLED allows tablets to be thinner and use less power than LCDs because the screens typically don't require backlighting.

IHS analyst Sweta Dash said the performance gap between AMOLED screens and regular LCDs has narrowed, while AMOLED screens can cost 10 to 30 percent more to make.

Samsung does have the advantage of making its own screens, and the South Korean company can afford to reduce profit margins on tablets if that boosts volume and reduces costs on the screen-production business. What it learns from making tablet screens might even help it one day make affordable AMOLED television sets.

The new tablets have better screen resolution than last year's Tab line. The new models will all sport displays of 2,560 pixels by 1,600 pixels, matching what's found in the Pro series.

By comparison, Apple's iPad Air is at 2,048 pixels by 1,536 pixels, for a density of 264 pixels per inch. Apple markets its displays as "Retina" and doesn't believe more pixels will necessarily be discernible to the eye. Apple is expected to refresh its iPad lineup this fall.

The Galaxy Tab S comes with a built-in fingerprint sensor and can store profiles for different users, so each member of the household sees their preferred display when they turn it on.

Samsung also made deals with major media companies to include free subscriptions to digital versions of The Wall Street Journal, The New York Times, Sirius XM Radio and other services for periods of three months to a year.

Samsung is the world's second-largest maker of tablets, behind Apple and its trend-setting iPads. In recent years, Samsung has been gaining market share at Apple's expense by offering a wide range of sizes and quality.

Earlier this year, it unveiled a "Pro" brand aimed at professionals. The "Tab" brand has been used on Samsung's budget tablets, which don't come with a stylus as Samsung's "Note" tablets do.

With the new screens, Samsung is elevating the Tab line to become its flagship tablet.

Until now, iPad rivals have succeeded largely by undercutting Apple on price, and better hardware hasn't been enough, said Rhoda Alexander, director of tablet and monitor research at IHS. AMOLED screens could change that, she said, because colors will pop when compared side by side at a Walmart or a Best Buy.