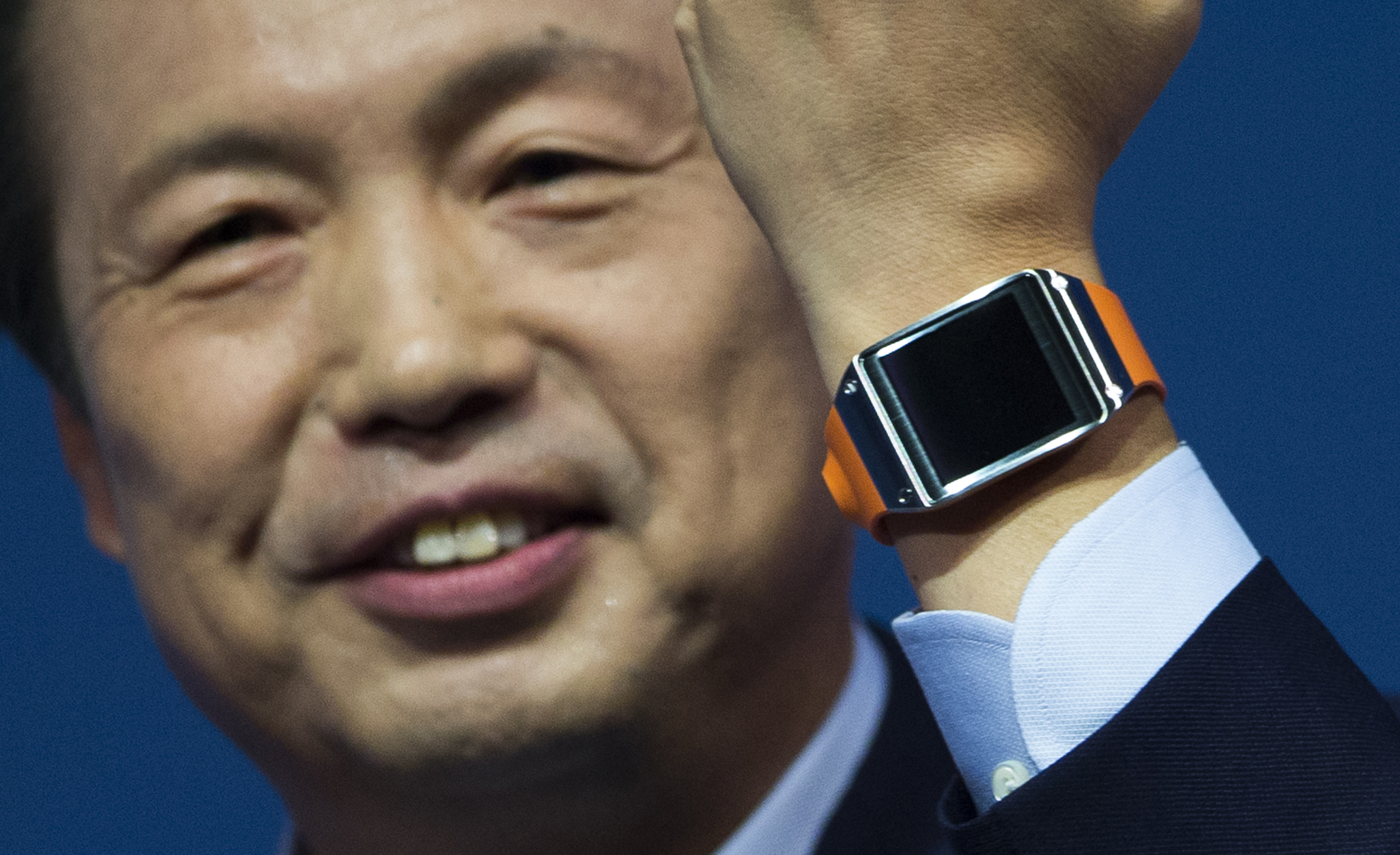 Samsung announced Wednesday at the Internationale Funkausstellung (IFA) trade show in Berlin three additions to its product line: a brand new Galaxy Gear smartwatch, an update to its phone-tablet hybrid, the Galaxy Note 3 and Note 10.1 tablet.

The Note 3, which has been dubbed a "phablet," looks like a slim version of its predecessor. It has a 5.7-inch screen, with full HD display, and comes in six colors, including pink, orange, blue, white, green and black. It can record video in 4K quality or 1080p at 60 frames per second.

Samsung's S pen got an update, as well. A feature called Air Command pulls up a menus anywhere on the screen, where the S pen clicks. Another feature called Circle captures and organizes content in one place, like a scrapbook. Images pasted to the scrapbook can be linked to the original source of the clip.

Note 3 has a search function called S finder, which can search text and symbols. The phablet supports multiple windows that can display two apps at once.

The electronics giant also unveiled its first smartwatch, the Galaxy Gear. The watch has a square shape and runs an Android operating system that is loaded with apps. It has a 1.63-inch, 320 x 320 pixel display.

"I believe it will be a new fashion item around the world," said JK Shin, head of Samsung Mobile Communications.

Galaxy Gear features a touchscreen, takes phone calls, delivers emails and comes in six colors. It is connected to Samsung's Note 3. A feature called Smart Relay seamlessly syncs data between the two devices. While the watch does work on its own, it's optimized to work with the Note 3. It's not clear yet if the watch will work with other Samsung smartphones.

Taking a phone call is as easy as raising the watch to your ear. A microphone and speaker is built into the device. A feature called Memographer is an outward-facing camera that visually captures memos, using an image sensor.

"The goal was to make it wearable and comfortable and something out of sci-fi," said Samsung's director of research Pranav Mistry.

The Galaxy Note 3 and Gear smartwatch will go on sale on Sept. 25 in 140 countries. Prices for the Note 3 have not been confirmed, but the Galaxy Gear will cost $299.