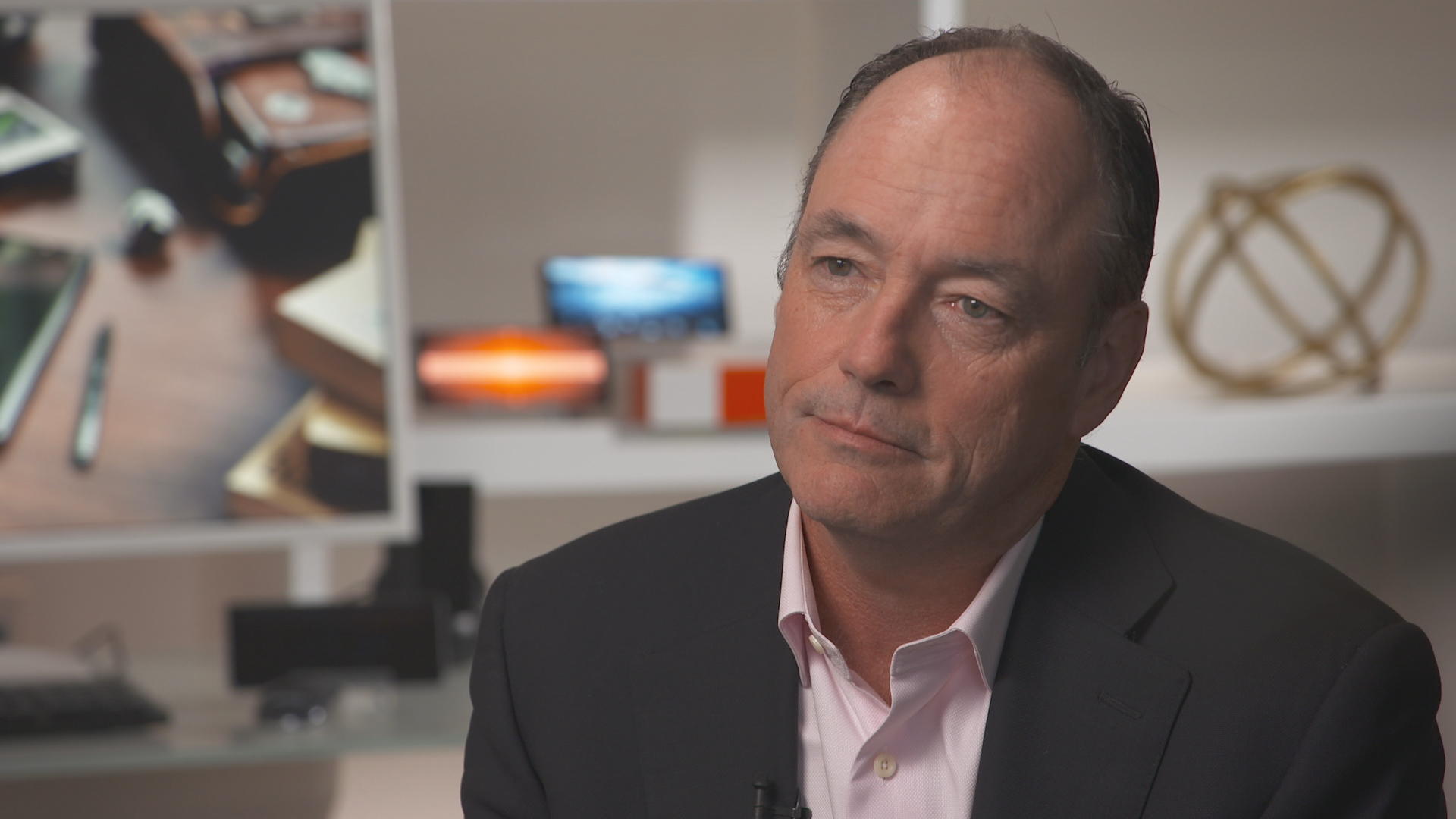 Samsung unveiled its newest smartphone, the Galaxy Note 8, at a ceremony Wednesday in New York. The company's top U.S. executive is speaking out for the first time since last year's botched rollout of a smartphone that could catch fire. Dozens reported Samsung's Galaxy Note 7 overheated or exploded, prompting a massive recall.

Tim Baxter, the CEO of Samsung North America, spoke only to "CBS This Morning" to assure that Samsung has taken steps to make sure it doesn't happen again, reports Bill Weir.

The problem was two-fold.

"One was a supply – from one of our suppliers, the design of it did not properly get executed. And the second one was actually in the process of ramping up their production. They had some manufacturing issues. So those two sequential things created this double recall, or expanded recall that we had to manage through," Baxter said.

During that time, Baxter issued an apology via video in which he vowed that the new battery was safe. Then, those turned out to be a problem.

"It was a difficult experience. I think the important piece, though, was to really reach out and be able to talk directly to the consumers. And Samsung owned that. We apologized and we're continuing to learn from that and rebuild trust," Baxter said. "But the most interesting part about this is I've had town halls, I've talked to dozens and dozens of consumers. We've held video chats to 10,000 people. The first question I always get is 'when can I get the Note 8?'"

The answer: Soon after the company unveiled its new phone Wednesday. Features include live messaging that animates messages as gif files that any phone can play.

Samsung also touts the phone's dual cameras which allow users to soften the backgrounds of their photos. And the 6.3-inch screen can accommodate multiple programs running side by side.

Apple is expected to announce a new version of the iPhone next month. Baxter says both companies will be targeting the more than 50 million Americans who become eligible for phone upgrades this fall.

"We're giving consumers choices. And they're gonna have the opportunity to get the best from both brands. And that's pretty exciting," Baxter said.

Samsung is confident its battery problems are in the past. After last year's debacle, it added a new eight-point battery safety check with various tests, visual inspections and x-rays. While this is the first Note phone to come out since then, the company did roll out new versions of its Galaxy S line in the spring, helping Samsung regain the top spot in the global smartphone market.

Asked if he has a lump in his chest as the Note 8 gets ready to ship around the world, Baxter said, "You know, we learned a lot as we went through. We implemented a number of new processes, not only the eight-point battery, but we established a forensic lab in Dallas so we can get on top of any issues that occurred. Any of those lumps went away with the launch of the Galaxy S8 where we have shipped over 20 million devices without an incident. And we'll build upon that platform with the Note 8. So I feel much better coming into this launch."

Samsung is taking pre-sale orders for the Note 8 starting Thursday, but the company says the phone won't be available until mid-September. Previous owners of the Note 7 can get a discount by trading in their current phone.

How citizens turned into saviors after Katrina struck