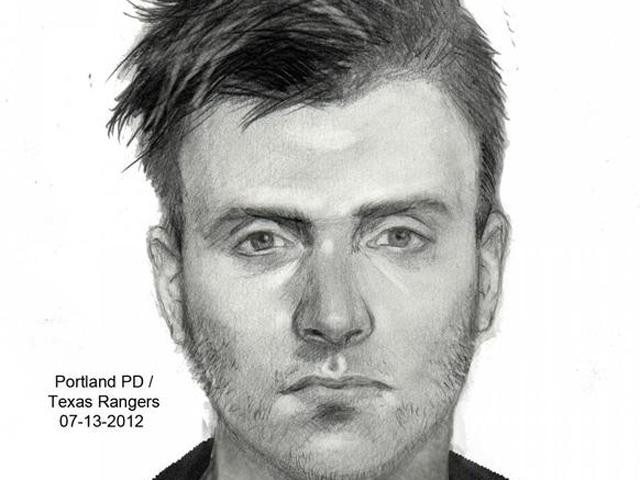 (CBS/KZTV/AP) PORTLAND - The Portland Police Department and Texas Rangers have released a new sketch of a man suspected in the killing of Mollie Olgin and the wounding of her girlfriend, Mary Kristene Chapa.

Olgin, 19, and Chapa, 18, were shot in Violet Andrews Park on the night of June 22. Olgin was pronounced dead at the scene. Chapa was shot in the head but taken to the hospital in critical condition.

Portland Police Chief Randy Wright said Saturday that Chapa had worked with a forensic artist the previous day to refine a sketch released earlier this month.

According to CBS affiliate KZTV, police say Chapa's sight and speech have improved greatly and that she wants very badly to help identify Olgin's murderer.

The suspect is described as a white man in his 20s, about 5'8" tall and 140 pounds, with brown hair and a scruffy beard.

Mollie Olgin's father, Mario Olgin, told KZTV that one thought came to mind after seeing the new sketch. "I think monster," he said.  You know? That guy took my daughter away from us."

"It's been almost three weeks now and the longer it carries on the harder it's gonna be," he said, according to KZTV. "So if somebody knows something, just come forward."

Investigators have not determined a motive for the shooting but have said there's no evidence suggesting the women's relationship was a factor.

Complete coverage of Mollie Olgin and Mary Chapa on Crimesider