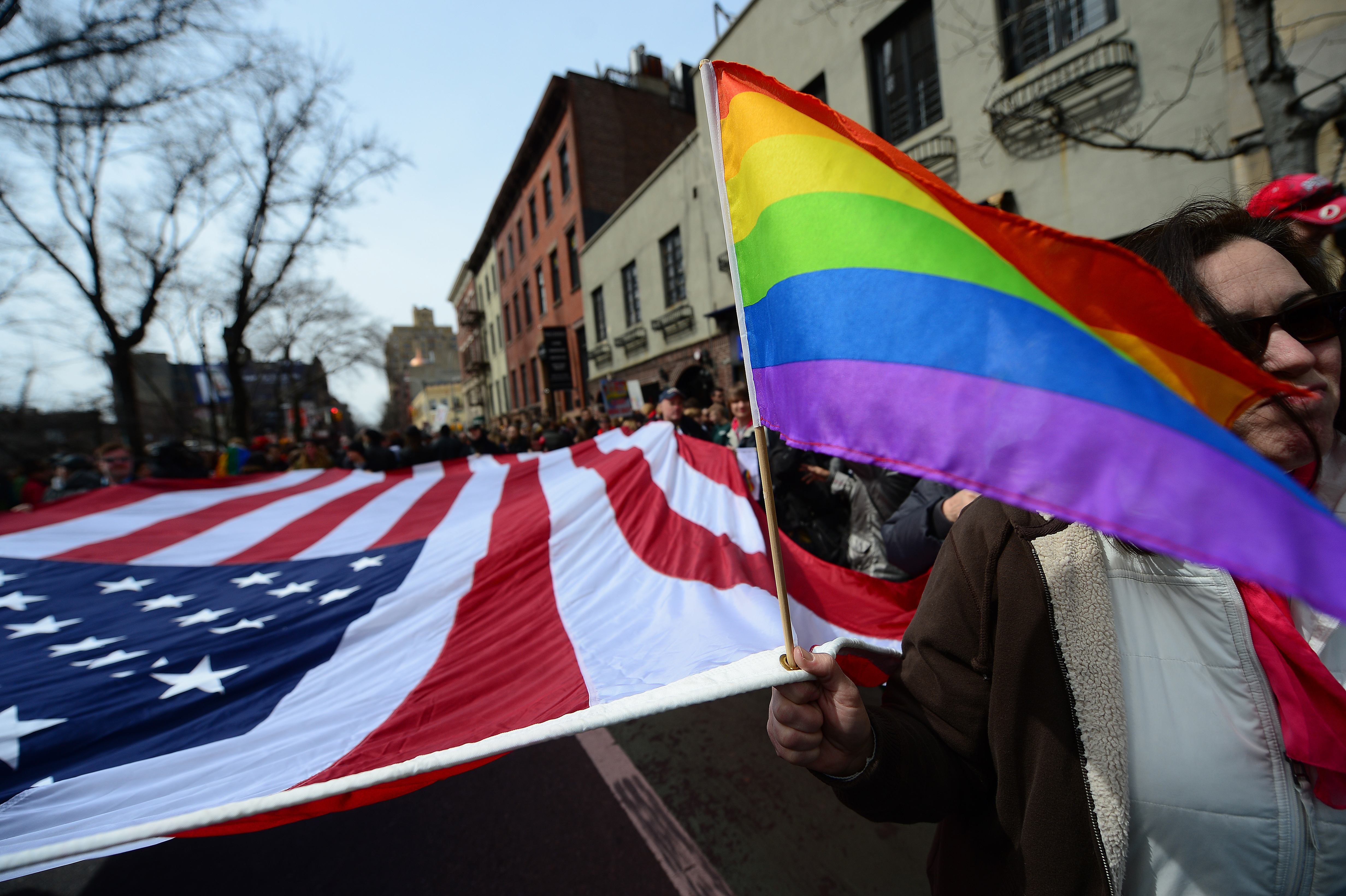 In two different cases this week, the Supreme Court will consider the powerful question of what it means to be married.

Both cases are profoundly important for the gay rights community and those interested in defending a "traditional" definition of marriage. One, however, has the chance to be a truly monumental case.

"The Proposition 8 case has the chance to be a landmark decision that fundamentally changes the law and the status of gay people in America," UCLA School of Law Prof. Adam Winkler told CBSNews.com. "The Prop. 8 case has the potential to be the Brown v. Board of Education for gay rights."

In the Prop. 8 case, the Supreme Court has the opportunity to rule on the fundamental issue of whether same-sex couples have a constitutionally-protected right to get married. The DOMA case is more limited in scope -- rather than considering who has the right to marry, the case considers whether legally married gay couples should have access to the federal benefits afforded to married straight couples.

"It's absolutely true the [Prop. 8] case has the potential for broader ramifications in terms of same-sex couples having access to marriage... But there are a whole host of rights and benefits -- and many of the ones people think about with respect to marriage -- that come to people through federal benefits," Brian Moulton, legal director for the gay rights advocacy group the Human Rights Campaign, told CBSNews.com. "It's incredibly important couples be able to get married across the country, but also incredibly important they're able to access things like immigration rights, Social Security benefits [and] joint income tax filings."

Voters in California passed Proposition 8, the ballot initiative banning same-sex marriage, in 2008 -- after the California Supreme Court had granted same-sex couples the right to marry. That put California voters in the unique position of taking away rights granted by the court. After Prop. 8 passed, a federal court followed by the Ninth Circuit Court of Appeals said Prop. 8 was unconstitutional.

The gay couples who brought this case to the Supreme Court argue in their brief that Proposition 8 is unconstitutional "because it denies gay men and lesbians their fundamental right to marry without furthering a legitimate -- let alone a compelling -- state interest."

They point out the Supreme Court has more than a dozen times recognized marriage as a fundamental right, never limiting that right to those who can procreate. The lack of a rational basis for the law, combined with the anti-gay rhetoric of the "Yes on 8" campaign, they argue shows it was "enacted solely for the purpose of making gay men and lesbians unequal to everyone else."

The defenders of Proposition 8, meanwhile, argue in their brief that the Equal Protection Clause of the 14th Amendment does not require California to redefine marriage to include same-sex couples.

"The age-old definition of marriage distinguishes between relationships of a man and a woman and all other types of relationships, including same-sex relationships," they wrote. "This distinction is rooted in a basic biological fact that goes to the heart of the State's interest in regulating marriage: the unique capacity of intimate relationships between men and women to create new life. This indisputable difference between same-sex and opposite-sex relationships demonstrates that Proposition 8 is constitutional, for the Constitution requires only that a state 'treat similarly situated persons similarly, not that it engage in gestures of superficial equality.'"

Defenders of the law also argue that, given the dramatically shifting political positions on the issue of gay marriage, this is no time for the court system to overrule the voters.

"What I hope they'll do is overturn the Ninth Circuit and basically say the people of California had a right to define marriage in their Constitution," Chris Gacek, a senior fellow at the conservative Family Research Council, told CBSNews.com. "It seems to me the political process is working very well."

If the court rejected the Ninth Circuit ruling -- keeping Prop. 8 in place -- and California's voters were unhappy with that decision, they could very well vote on another proposition to reverse it. At the same time, Winkler noted, "If the court rejects that gay marriage is a protected constitutional right, that will have a major impact on all sorts of litigation."

Alternatively, the court could decide marriage is a protected right for gay couples nationwide.

There are other, intermediate routes that the court could take as well. For instance, the court may decide that their decision applies only to California, given of the unique circumstances of the case in which rights were taken away after they were granted by the state Supreme Court.

The Obama administration, meanwhile, submitted a brief arguing that same-sex marriage should be protected in California and the eight other states that already recognize civil unions or domestic partnerships.

Additionally, the court may not rule on the right to marry at all: The Supreme Court will also consider whether the proponents of Prop. 8 have any standing in court. If they don't, then the Supreme Court would send the case back to the lower courts to be properly defended.

DOMA: The benefits of marriage

If the court wants to address questions about same-sex marriage without taking up the pivotal issue of the "right to marriage," it could do so in the DOMA case.

The Defense of Marriage Act (DOMA), passed by Congress and signed by President Clinton in 1996, prohibits federal recognition of same-sex marriages. Both the First and Second Circuit Court of appeals have struck down a provision of the law (called Section 3) that denies federal benefits to same-sex couples who are legally married. Because of these lower court rulings, DOMA has been declared unconstitutional in some regions of the country but not others.

The plaintiff in the case is Edith Windsor, who lived with her partner Thea Spyer in New York for more than four decades. They finally married in 2007, and when Spyer died in 2009, she left Windsor her estate. Because DOMA didn't recognize their marriage -- even though the state of New York did -- the IRS hit Windsor with $363,053 in estate taxes.

The Obama administration last year decided it would no longer defend the constitutionality of DOMA in court, so House Republicans took up the cause, using the Bipartisan Leadership Advisory Group (BLAG) to defend the law in court.

BLAG argued in its brief that just as states have the right to define marriage as they choose for their own purposes, so does the federal government.

As Gacek explained to CBSNews.com, "The federal government has over 1,000 places in the code where they use the term marriage or spouse. It's always been legitimate for it to define the way it uses those terms within the scope of federal law."

BLAG called it "eminently rational" for Congress to thus rely on the "traditional definition" of marriage, citing various issues like the unanticipated costs of doling out more benefits to more couples. Wholly apart from those interests, BLAG argued, "Congress could rationally decide to retain the traditional definition for the same basic reasons that states adopted the traditional definition in the first place and that many continue to retain it: There is a unique relationship between marriage and procreation that stems from marriage's origins as a means to address the tendency of opposite-sex relationships to produce unintended and unplanned offspring."

In its own brief, Windsor's legal team argues DOMA is "not rationally related to any legitimate government interest."

Recognizing all marriages that are legal under state law gives the federal government a uniform approach to doling out benefits, he argued. "It also happens to be the fairer and more equal standard" than using its own, limited definition, he said.