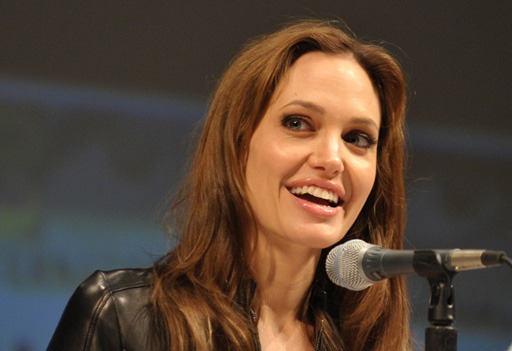 Dressed in a fitted black leather jacket and sheath skirt, the mother of six greeted a packed hall of fans while participating in a panel discussion for her action flick "Salt."

In the film, Jolie, 36, plays a CIA agent accused of being a Russian spy -- a part that was originally intended for Tom Cruise.

Jolie, who performed her own stunts for the film, told the Comic-Con audience about an on-set injury that left her scarred. She sliced open part of her face just above her nose when tumbling into a doorway with a gun, she said, and later freaked out when she couldn't hear anything.

"I thought I'd had a concussion, but I had forgotten that I had my earplugs in from [shooting] the gun!" she said.

"Salt" is due in theaters today.