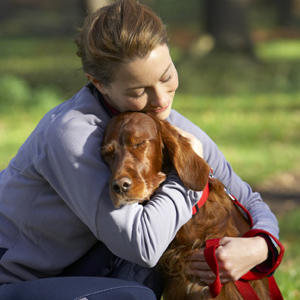 A long-running outbreak of drug-resistant salmonella infections tied to raw turkey products is also showing up in pet food that has sickened at least three people, two of them children.

Woody's Pet Food Deli in late January recalled raw turkey dog and cat food after a human case of salmonella was linked to products sold at locations in Minneapolis-St. Paul and Woodbury, Minnesota. The person infected with salmonella was identified as part of an ongoing federal probe, and lived in a home with a pet regularly fed Woody's Pet Deli raw ground turkey pet food, according to the Minnesota Department of Health.

Woody's did not respond to a request for comment.

Woody's isn't the first pet food brand affected by the salmonella outbreak linked to turkey. Two children in the Twin Cities metro area became ill last year after raw ground turkey food for pets from Minneapolis-based Raws for Paws was fed to animals in their home, resulting in one of the children being treated in the hospital for osteomyelitis, a serious bone infection, state officials reported.

As a result of those illnesses, Raws for Paws in early 2018 recalled 4,000 pounds of raw turkey pet food sold in Minnesota, Wisconsin and Iowa and through online mail orders.

"There is risk to humans from handling contaminated products, especially if they have not thoroughly washed their hands after having contact with the products or any surfaces exposed to these products," the Food and Drug Administration said in the recall notice.

Overall, more than 350 people in the U.S. and Canada have been stricken by the particular strain of the bacteria, most after eating turkey intended for humans, according to government health officials.

The outbreak strain could be present in many facilities and suppliers, according to the U.S. Centers for Disease Control, noting that "many brands and types of foods containing raw turkey could be affected."

Hormel subsidiary Jennie-O was the first brand linked to the outbreak, but the particular strain of Salmonella Reading has also been found in live turkeys and raw turkey pet food, "indicating it might be widespread in the turkey industry," the CDC said in an update on Friday.

The CDC and the FDA are investigating the outbreak that first showed up in November 2017, with the most recent illness reported in late January 2019. The CDC counts 279 cases in 41 states and the District of Columbia, with 107 hospitalizations and one death.

The same genetic strain of salmonella is also sickening people in Canada, where public health officials are investigating 72 illnesses dating back to 2017 and as recently as January. "The outbreak appears to be ongoing," the Public Health Agency of Canada said in a notice.

When feeding pet food that hasn't been cooked or otherwise treated to remove pathogens, consumers should "be aware of the potential risks to their households" and follow food safety practices, Dana Brooks, president and CEO of the Pet Food Institute, an industry trade group, told CBS MoneyWatch.

The American Veterinary Medical Foundation said it "discourages the feeding to cats and dogs of any animal-source protein that has not first been subjected to a process to eliminate pathogens because of the risk of illness to cats and dogs as well as humans."

The CDC also does not recommend feeding a raw meat diet to pets because it can make animals and people sick. That said, if you choose to use pet food containing raw meat, here are the agency's tips: