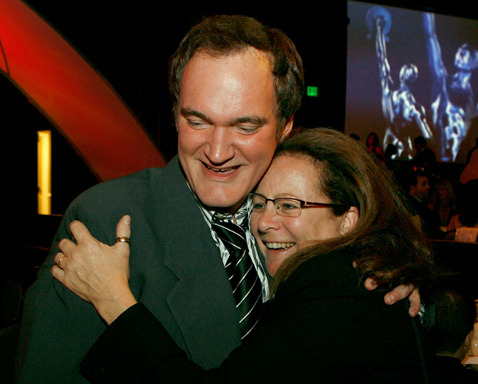 According to the Los Angeles Times, Menke, 56, left for her hike Monday morning, and her friends contacted authorities later in the day when she failed to return home.

Her body was discovered 2:15 a.m. Tuesday in ruggedBeachwood Canyon on the west side of Griffith Park, assistant coroner Ed Winter said. Her black Labrador retriever was standing near the body.

Investigators suspect she died of hyperthermia on Monday, when downtown Los Angeles was on its way to a record high of 113, Los Angeles County coroner's Lt. Fred Corral said.

"She was observed in a trail. She may have been disoriented because of the heat,'' Corral said.

Menke, the daughter-in-law of famed cellist Aldo Simoes Parisot, edited every Quentin Tarantino film from "Reservoir Dogs'' in 1992 to last year's "Inglourious Basterds,"  which earned her an Academy Award nomination.

She's also credited for her work with Oliver Stone on "Heaven Earth" and Billy Bob Thornton on "All the Pretty Horses."