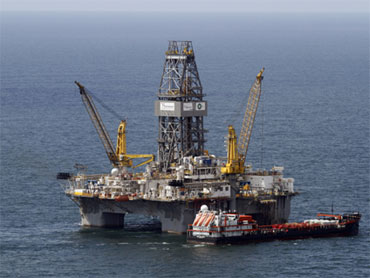 Interior Secretary Ken Salazar denied Monday that the government made a deal with BP to restart drilling in the Gulf of Mexico.

"There is absolutely no such agreement nor would there be such an agreement," Salazar told Reuters.

The U.S. Bureau of Ocean Energy Management, Regulation and Enforcement said on Sunday that "there is no such deal." BP declined to comment.

Earlier, The Financial Times reported that the London-based company had been given approval to drill 10 existing wells that were underway before the accident and that it needs to maintain or increase production on existing platforms.

BP needs approval from the bureau to restart any work in the Gulf.

The issue is a politically sensitive one for BP and President Obama's administration as the fallout of last year's massive oil spill continues to reverberate. Any approval for drilling is expected to focus on existing production wells, rather than new exploration wells.

The news of BP's request to re-enter the Gulf comes fresh on the heels of another report that Transocean Ltd. gave its top executives large bonuses for achieving the "best year in safety performance in our company's history," despite the explosion of its oil rig - which BP had leased - that killed 11 people and spilled 200 million gallons of oil into the Gulf of Mexico.

A commission appointed by President Barack Obama earlier this year said the explosion was caused by a series of time and money-saving decisions by Transocean, BP and oil services company Halliburton Inc. that created an unacceptable amount of risk.

Perhaps because of that finding, BP is only seeking permission to resume drilling on 10 existing wells in exchange for stricter regulatory rules, The New York Times reported.

Meanwhile, BP also announced Monday it is selling its Arco Aluminum subsidiary to a Japanese consortium for $680 million, but declined to comment on reports that it is about to restart drilling in the Gulf of Mexico.

The British company is selling Arco, a supplier of rolled aluminum sheet used mainly in the production of drink cans, as part of its drive to dispose of $30 billion in noncore assets by the end of this year.

Including the Arco deal, the company has notched up sales worth more than $24 billion.

"Although a strong business, Arco Aluminum is clearly a non-strategic asset for BP," said Chief Executive Bob Dudley. "Today's agreement will deliver an attractive price for the business, unlocking its value for our shareholders."

The Arco business, based in Louisville, Kentucky, is being sold to a consortium led by Sumitomo Light Metal Industries, Furukawa Sky Aluminum Corp. and Sumitomo Corp.