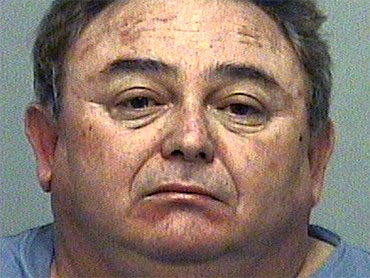 Rizzo was the highest paid at $787,637 a year - nearly twice the pay of President Barack Obama - for overseeing one of the poorest towns in Los Angeles County.

More on the Bell Salary Scandal:

"I'm happy that they resigned but I'm disappointed at the pension that they're going to receive," said Ali Saleh, a member of the Bell Association to Stop the Abuse or BASTA.

Rizzo would be entitled to a state pension of more than $650,000 a year for life, according to calculations made by the Times. That would make Rizzo, 56, the highest-paid retiree in the state pension system.

Spaccia, 51, could be eligible for as much as $250,000 a year when she reaches 55, though the figure is less precise than for the other two officials, the Times said.

Saleh said the crowd applauded after the announcement but immediately yelled out questions about what would happen to the council members. Four of the five of them are paid close to $100,000 annually for part-time work. When the crowd's questions were not answered, they shouted, "Recall!, Recall!"

Revelations about the pay in Bell has sparked anger in the city of fewer than 40,000 residents. Census figures from 2008 show 17 percent of the population lives in poverty.

Enraged residents have staged protests demanding the firings and started a recall campaign against some council members.

"Woo-hoo, the salaries. Wow. What can I say? I think that's unbelievable," Christina Caldera, a 20-year resident of the city, said as she stood in line at a food bank.

Caldera, who is struggling after recently losing her job as a drug and alcohol counselor, said she generally was satisfied with the way the city was being run but felt high-paid officials should take a pay cut.

"What are they doing with all that money?" she asked. "Maybe they could put it into more jobs for other people."

Attempts to leave messages seeking comment from Rizzo and Spaccia failed because their voicemails were full. A message left for Adams was not immediately returned.

The county district attorney's office is investigating to determine if the high salaries for the council members violate any state laws. The City Council also intends to review city salaries, including those of its own members, according to Councilman Luis Artiga and Mayor Oscar Hernandez.

"We are going to analyze all the city payrolls and possibly will revise all the salaries of the city," Artiga said.

However, both men said they considered the City Council pay to be justified.

"We work a lot. I work with my community every day," the mayor said, as he shook hands with and embraced people leaving the food bank Thursday.

Council members are on call around the clock, and it is not uncommon for them to take calls in the middle of the night from people reporting problems with city services, Artiga said.

Though many residents are poor, Hernandez said they live in a city they can be proud of, one with a $22.7 million budget surplus, clean streets, refurbished parks and numerous programs for people of all ages. He pointed proudly down a street to a park filled with new exercise equipment.

When Rizzo arrived 17 years ago, Hernandez said, the city was $13 million in debt and on the verge of bankruptcy. Rizzo obtained government grants to aid the city, the mayor said.

Rizzo was arrested near his home in Huntington Beach in March and charged with misdemeanor drunken driving. He pleaded not guilty and is due back in court for an Aug. 5 hearing, said Farrah Emami, a spokeswoman for the Orange County district attorney's office.

The Los Angeles Times reported the salaries last week, prompting a large protest Monday at City Hall in which residents shouted and demanded that Rizzo be fired.

California Attorney General Jerry Brown said his office has launched an investigation in conjunction with the state's public employee retirement agency into pension and related benefits for Bell's civic leaders.