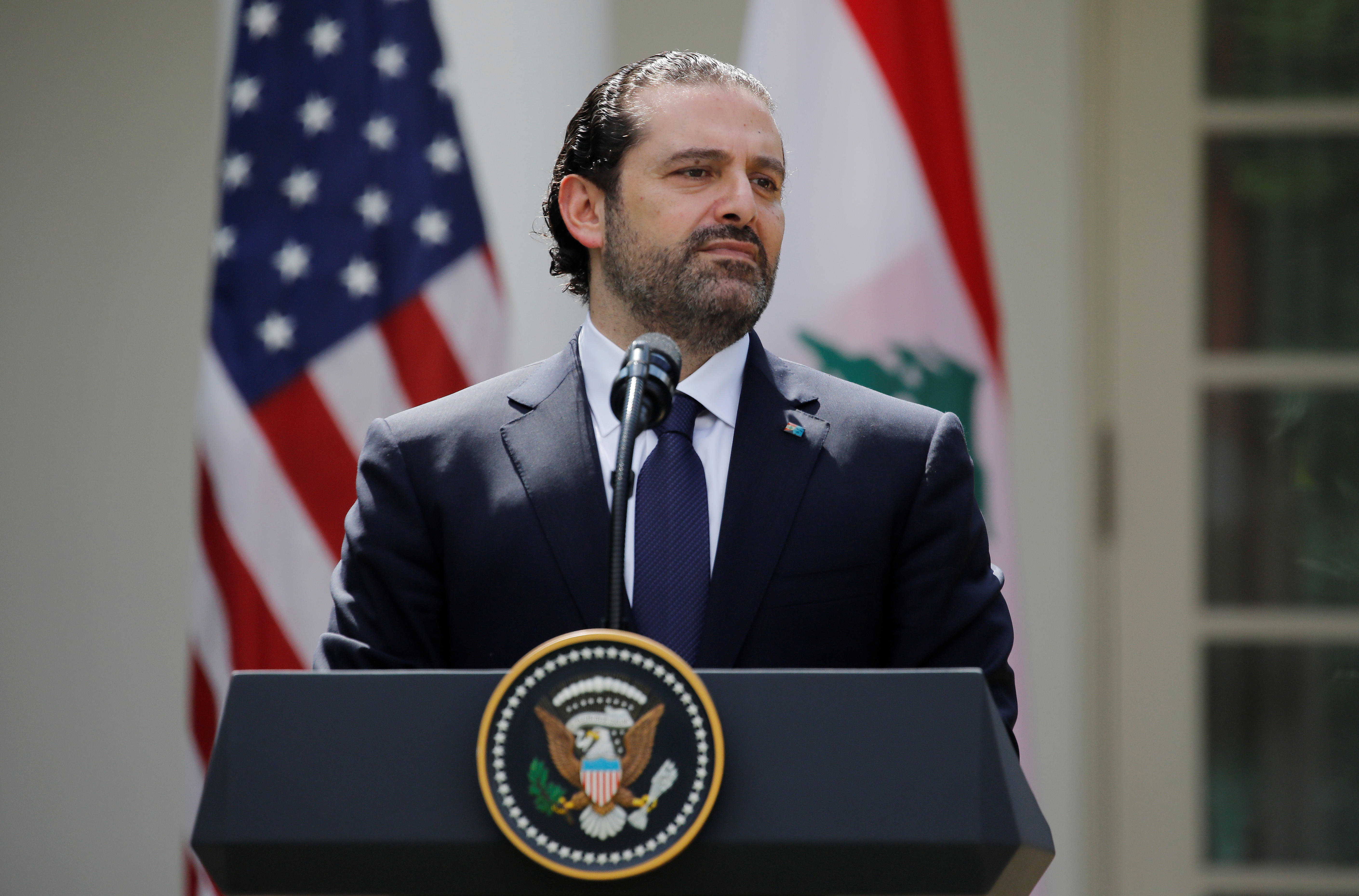 BEIRUT -- Lebanon's Prime Minister Saad Hariri said Sunday he will return to his country "very soon" amid a political crisis that erupted when he announced his sudden resignation on Nov. 4 in Saudi Arabia.

In a live interview shown on his Future TV, Hariri said he had resigned to protect Lebanon from imminent danger, although he didn't specify who was threatening the country.

"I am free," Hariri told the interviewer, apparently seeking to show he was not being detained by the Saudis. He said he would return to Lebanon "in days."

He spoke after pressure from Lebanese officials, who said his resignation was not accepted because it was declared in Saudi Arabia.

Many Lebanese have suspected Hariri was placed under house arrest as part of a Saudi plan to unravel a coalition government he had formed last year with the Iran-backed militant group Hezbollah.

But he said his resignation was his decision, dismissing reports he was forced to quit a unity government with Hezbollah.

His resignation was designed to "cause a positive shock" in Lebanon, Hariri said, warning against what he said was Iranian interference that is ruining relations with other Arab countries.

Lebanon President Michel Aoun said before the interview that the "mysterious circumstances for Hariri's stay in the Saudi capital of Riaydh makes all his positions questionable and in doubt and not of his own volition."

A dual Lebanese-Saudi national, the Saudi-allied Hariri unexpectedly announced his resignation on Nov. 4 in a pre-recorded message on Saudi TV, criticizing Iran and Hezbollah, and saying he feared for his safety. His father, former Prime Minister Rafik Hariri, was killed by a car bomb in Beirut in 2005. Hariri's family lives in Riyadh.

Hariri had not been heard from since but met with foreign diplomats, and appeared with Saudi royalty and in Abu Dhabi.

Saudi Arabia has stepped up its rhetoric against Hezbollah and its patron, Iran, accusing both of supporting Shiite rebels in Yemen known as Houthis. A Saudi-led coalition has been at war with the Houthis since March 2015.

Saudi Arabia has asked its citizens to leave Lebanon, and many Lebanese fear further economic sanctions or even military action against their country.

Hariri was a regular participant in the marathon, giving the international sports event a big boost. This year, President Michel Aoun encouraged runners to call on Hariri to return. Organizers say more than 47,000 participated in the marathon.

Spectators along the marathon course wore hats and held signs reading "Running for you" and "Waiting for you." Large billboards with pictures of Hariri rose overhead, and a local TV station showed an hour-long profile and interview with Hariri from last year.

One woman raised a placard reading: "We want our prime minister back."

Ibrahim al-Masri, a 37-year-old Hariri supporter, said the Lebanese didn't know if it was Hariri's choice to stay in Saudi Arabia.

"Whatever he chooses, we are with him. We want him to first come to Lebanon. We will die for him," al-Masri said.

Joanne Hamza, a physical education teacher who wore a cap with a picture of Hariri on it, said he was missed at the race.

"But in a sense, his absence has been unifying. All Lebanese, from all sects, are missing their leader. This is somehow reassuring but we still want him with us."

In the northern city of Tripoli on Saturday, unknown assailants burned posters of Saudi Crown Prince Mohammed bin Salman in a sign of the rising tensions. Interior Minister Nohad Machnouk tweeted that those acts did not reflect the "true feelings" of the people of Tripoli or Lebanon, and called for the perpetrators to be brought to justice.