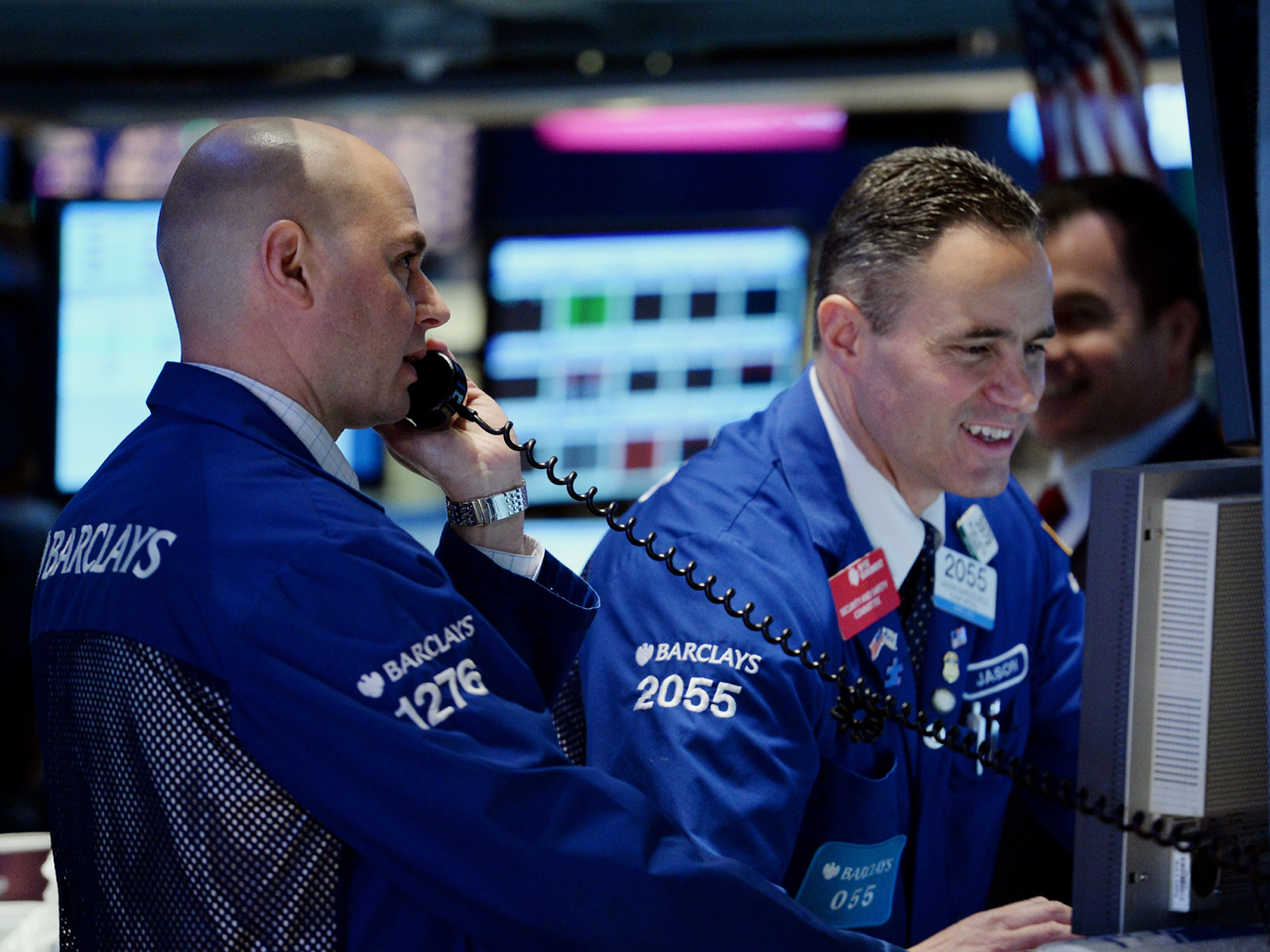 The index briefly climbed above that level on Tuesday before dropping back to close just below it. Still, it set another all-time closing high by a fraction of point.

Stocks have gained as most investors remain optimistic that the economy will start to accelerate this year following a cold winter that stymied growth. First-quarter corporate earnings came in better than expected, giving stocks a lift.

Whether the S&P 500 climbs beyond the 1,900 level or falls back now depends on the how the economy develops, said John Canally, chief market strategist for LPL Financial. If growth falters, stocks will likely slide, he said.

Keurig Green Mountain (GMCR) was the biggest gainer in the S&P 500 index. Its stock surged $8.36, or 7.6 percent, to $119.07 after Coca-Cola (KO) raised its stake in the coffee company. Coca-Cola, the world's biggest beverage company, disclosed in a regulatory filing that a subsidiary now has a 16 percent stake in Keurig.

McKesson (MCK) jumped $5.77, or 3.3 percent, to $180 after the prescription-drug distributor said Monday its net income rose 43 percent in its fiscal fourth quarter. Its overall earnings got a boost from stronger results in North America and lower costs.

Beauty products company Elizabeth Arden (RDEN) plunged $8.13, or 23 percent, to $27.50 after it reported an unexpected quarterly loss and disclosed it has hired Goldman Sachs (GS) to help it explore strategic alternatives.

Overall, though, first-quarter earnings have come in better than analysts expected.

Nearly all companies in the S&P 500 have reported results, and earnings are forecast to grow by 3.3 percent when final figures are calculated, according to S&P Capital IQ data. Three weeks ago, analysts were expecting earnings to fall 1.1 percent.

Another encouraging sign was that company revenue growth accelerated in the first quarter to 3.2 percent, from 1.6 percent in the fourth quarter.

Despite the positive backdrop, the stock market's move higher this year has been more of a grind compared with last year's surge. Along with worries about the U.S., there are concerns about growth overseas, as well as tensions with Russia after that country annexed the Crimea region in Ukraine.

Another factor is that stocks, having rallied for more than five years, are also no longer the bargain they once were.

The price-earnings ratio, a measure of how expensive stocks are compared with next year's expected earnings, is 15.2 for companies in the S&P 500. That is below their average of 16.4 over the last 20 years, according to FactSet data, but above the 11.4 at the start of 2009.

In government bond trading, prices rose. The yield on the 10-year Treasury note dropped to 2.61 percent, from 2.66 percent late Monday.

The 1,900 level for the S&P 500 will likely prove a psychological hurdle for investors, as they reassess the stock market and the economy, said Sean McCarthy, regional chief investment officer for Wells Fargo private bank. More good news on the economy should push stocks higher.

"The pause we are seeing today, is really just that, a pause, with the market coming to grips with where we are," said Lynch.