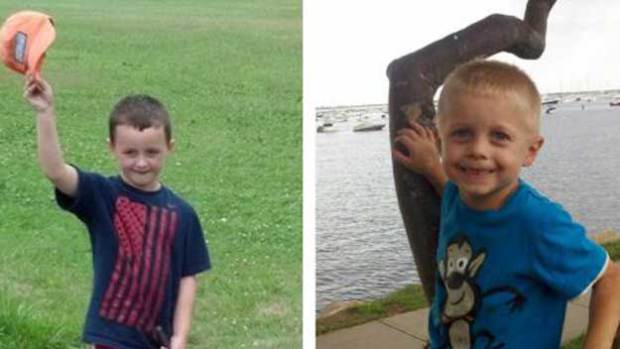 FOXBORO -- When 5-year-old Danny Nickerson of Foxboro died from a rare cancer in April, he left a friend who resolved to do what he could to fight the disease.

CBS Boston reports that Danny was the little boy who wanted only cards for his birthday, and got truckloads of them.

Now, 6-year-old Ryan McGuire of Foxboro is planning to play 100 holes of golf in one day in hopes of raising $5,000 for pediatric cancer research, in memory of his kindergarten classmate.

"He was a good boy. He was a really nice friend," Ryan told WBZ NewsRadio 1030's Lana Jones. "I liked to play with him and read books with him."

Ryan's grandfather, who beat prostate cancer, will be his caddy on June 17 at MGA Links in Norton. Ryan would be the youngest to ever complete 100 holes of golf in a single day.

Ryan says he's missed his friend Danny. When Danny died, his class let go of balloons in the playground at recess.

"You could actually still see them when they were just like dots," Ryan said.

His mother asked, "Where did they go?"