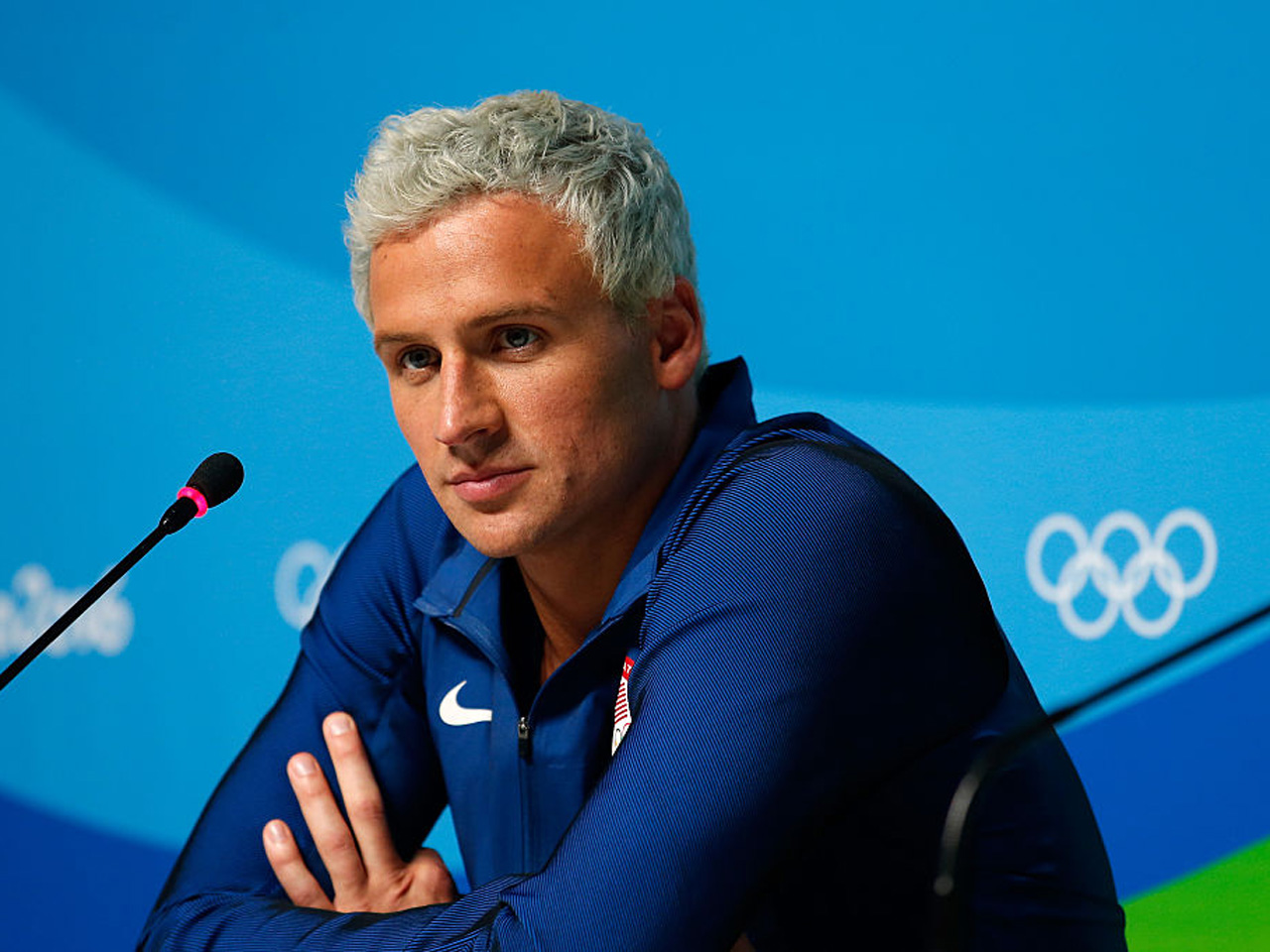 RIO DE JANEIRO -- Ryan Lochte and three other American swimmers say they were robbed at gunpoint in Rio de Janeiro while out celebrating the end of the swimming events at the 2016 Summer Olympics.

The swimmers' story, which was first reported by USA Today and Fox Sports Australia, has been confirmed in a statement by the United States Olympic Committee.

"According to four members of the U.S. Olympic Swimming Team (Gunnar Bentz, Jack Conger, Jimmy Feigen and Ryan Lochte), they left France House early Sunday morning in a taxi headed for the Olympic Village. Their taxi was stopped by individuals posing as armed police officers who demanded the athletes' money and other personal belongings. All four athletes are safe and cooperating with authorities," the statement reads.

The mom of the 32-year-old Lochte said earlier he had been robbed and had his wallet stolen early Sunday while socializing the night after Olympic swimming events ended.

"I think they're all shaken up. There were a few of them," Ileana Lochte told USA Today. "No, they were just, they just took their wallets and basically that was it."

The IOC spokesman denied the claim at first before hedging, acknowledging he didn't directly know the specifics of the situation. IOC spokesman Mark Adams said the USOC denied the story at first but it looks like that denial "is not correct."

Lochte's mother, Ileana Lochte, and his agent did not immediately return phone calls and text messages from The Associated Press.

"And then the guy pulled out his gun, he cocked it, put it to my forehead and he said, 'Get down,' and I put my hands up, I was like 'whatever.' He took our money, he took my wallet -- he left my cellphone, he left my credentials."

Sunday evening, Lochte released a statement about in the incident on his Instagram page. He confirmed the robbery, and thanked everyone for their support.

Rio organizers spokesman Mario Andrada said he has been briefed on an "issue" involving the swimmer, but could not say if he was held at gunpoint.

Lochte swam in two events at the Rio Games, winning gold in the 4x200-meter freestyle relay.

The 2016 Summer Olympics have been plagued by safety concerns for competitors in the hyper-violent city of Rio de Janeiro.