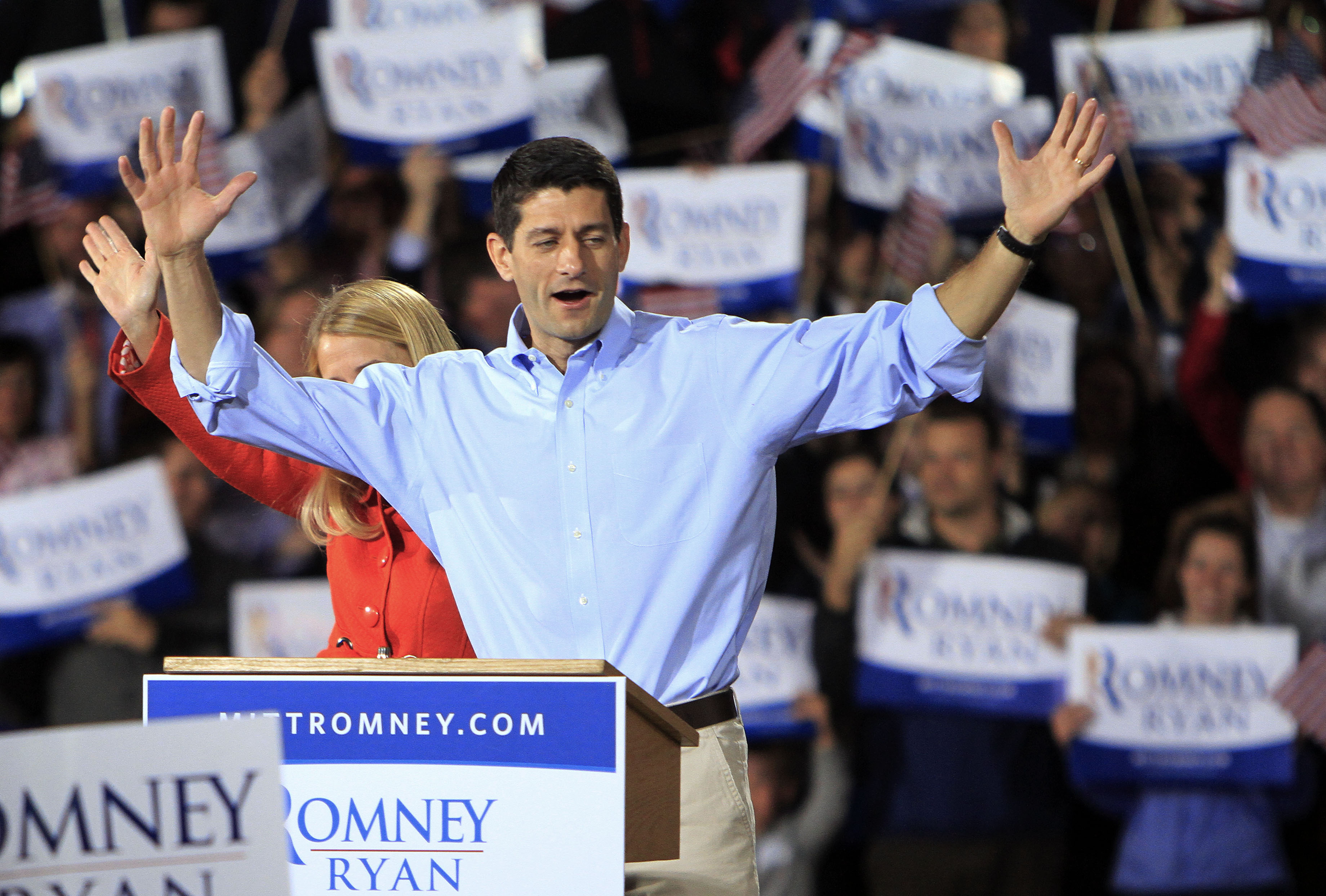 COLUMBUS, Ohio Vice presidential candidate Paul Ryan courted the votes of hunters on Saturday in a speech to a sportsmen's group, suggesting that President Obama would seek to strip gun owners of their rights by appointing judges hostile to a broad interpretation of the Second Amendment.

"I shudder as a gun owner ... what would he do if he never has to face the voters ever again?" Ryan asked aloud during a speech to the National U.S. Sportsmen's Alliance's 16th Annual Save Our Heritage Banquet here.

"The next president is going to pick a lot of judges. The next president will appoint a lot of different judges and these are lifetime appointments. If you want to make sure that judges respect our Second Amendment rights, you need a president who respects those rights as well," he said.

Ryan likened gun ownership to religious liberty, suggesting that the federal government had intruded on people's First Amendment rights as well. He also stressed the importance of appointing people to government agencies who will "respect the rights of hunting and fishing," and said that the widely criticized Fast and Furious gunwalking operation "would never occur under a Romney-Ryan administration."

He also responded to claims by Vice President Joe Biden on Friday that he and Romney could raise taxes on seniors receiving Social Security. The Obama campaign has sought to argue that because various analyses of Romney's tax-cut plan suggest the tax burden would shift from wealthy to middle-class families, it is reasonable to assume that the shifted tax burden would fall on Social Security benefits.

Ryan said his and Romney's plan makes no changes for those in or near retirement and that Biden himself had voted to raise taxes on seniors' benefits by supporting President Clinton's 1993 budget - tax increases that Obama voted to keep in place three times, he noted.

"Shame on the politician who wants to use this issue to try and scare seniors when those of us who are out there [are] trying to fix this problem for my generation and my kids' generation and your kids," Ryan said.

Responding to Ryan's comments, Obama campaign spokesman Danny Kanner noted that Republican Gov. John Kasich said in introducing the House Budget Committee chairman that Ohio has added 123,000 jobs since 2011 "and is moving forward. But rather than building on the progress we'vemade under President Obama, Mitt Romney and Congressman Ryan would take us back."

Ryan's appearance before the group Saturday evening underscores his role in the campaign as an ambassador to the middle class who better understands some traditions, such as hunting, with which Romney has less experience. Ryan is a former chairman of the Congressional Sportsmen's Caucus for four years, and lauds the values he and his wife Janna have taught their children during hunting trips.