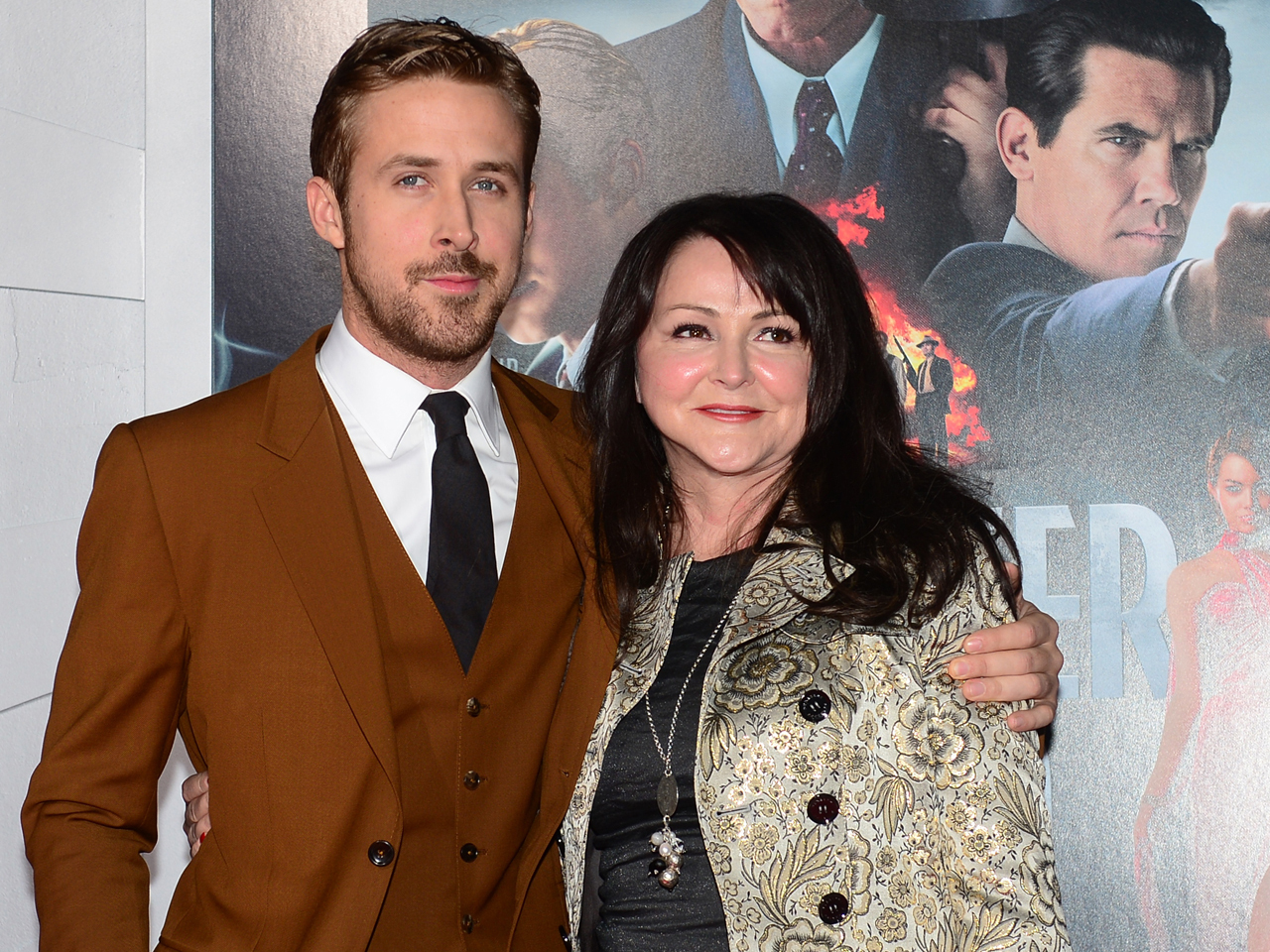 Ryan Gosling had a special woman on his arm Monday night at the "Gangster Squad" premiere -- his mom.

The actor, wearing a brown, three-piece Gucci suit, brought his mother, Donna, as his date for the Los Angeles premiere of the crime drama, held at Grauman's Chinese Theatre.

And while Gosling's girlfriend, actress Eva Mendes, did not attned the premiere, she was apparently there in spirit.

"My mother's wearing all my girlfriend's clothes," Gosling told reporters, according to the New York Daily News.

"Gangster Squad," about the Los Angeles Police Department's fight to keep the mafia out of the city in the 1940s and '50s, was originally scheduled to be released in September, but was delayed for reshoots after the deadly movie theater shooting in Aurora, Colo., in July.

The film will arrive in theaters on Jan. 11.

Tell us: Do you plan to see "Gangster Squad"?