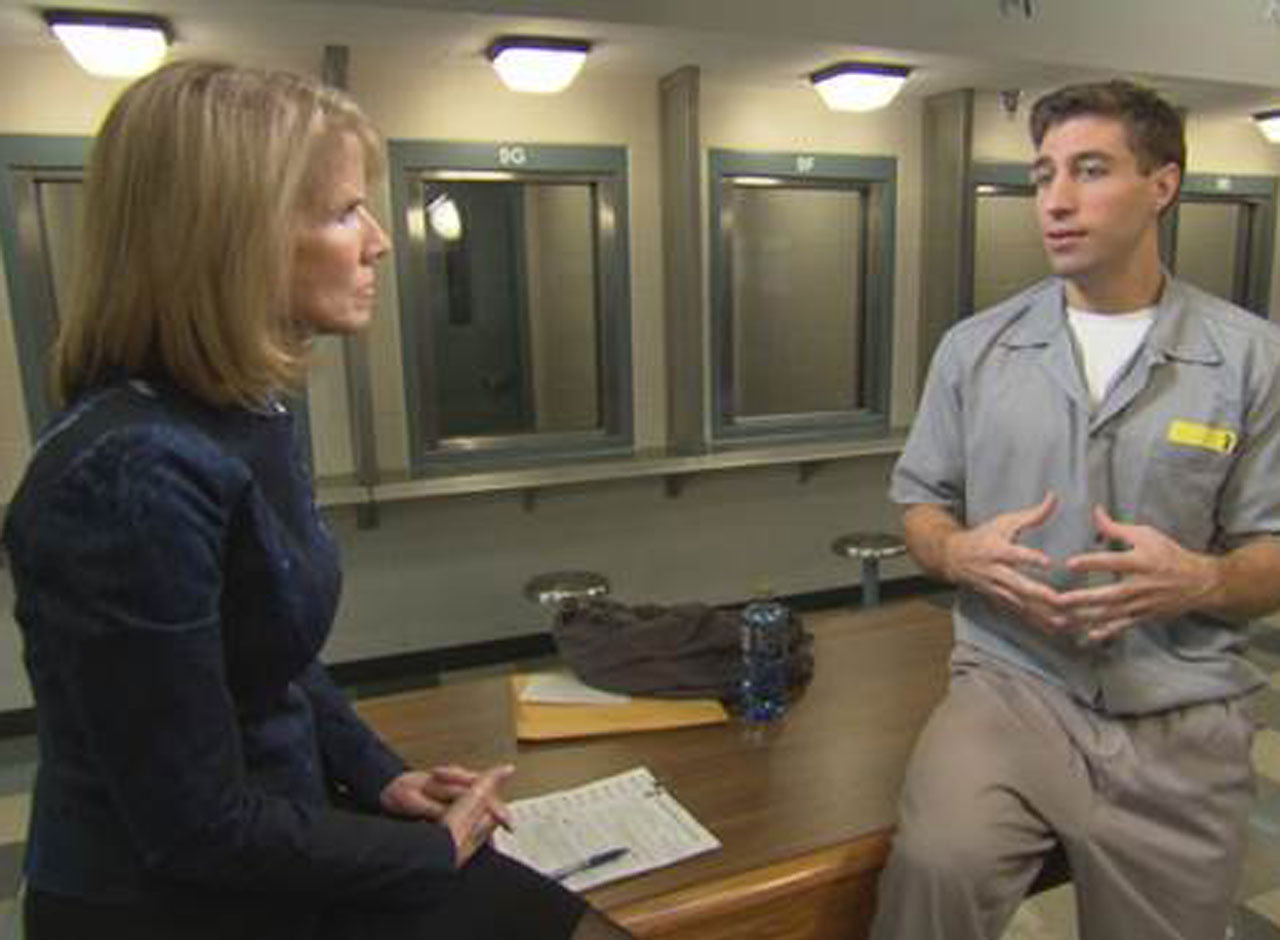 (CBS) - I joined the "48 Hours" team covering Ryan Ferguson's case just before the jurors convicted him of murder in October 2005. Correspondent Erin Moriarty had already dug in. She sat through the trial and interviewed all the principle players. No other national media were following the trial yet. The local media coverage was straightforward - basically, cold case finally solved. The people of Columbia, Missouri, hoped they could put this pointless, awful crime behind them.

However, Erin found the case disturbing. She had never seen anything like it, she said. As usual, she was right.

Here are the facts: Kent Heitholt, sports editor of the Columbia Daily Tribune, was found bludgeoned and strangled in a parking around 2:30 a.m. on Nov. 1, 2001. Two janitors saw two young white men walk away from the scene shortly after the murder. One janitor helped police make a sketch, but the other said he didn't get a good enough look to describe either young man.

Two years later, 19-year old Charles Erickson read an article about the unsolved crime. On the night of the murder, he and Ryan Ferguson had been at a nearby bar. Erickson, who struggled with drugs and alcohol, began having strange, vague thoughts that he might have been involved in the two-year-old crime. He confided to friends who told the police. Both Erickson and Ferguson were brought in for questioning.

Ferguson vehemently denied knowing anything. On a police video, Erickson seems dazed and confused. He knew little about the crime and said his memory was fuzzy. But he eventually relented to pressure and pointed blame at Ferguson. They had run out of drinking money, he told police, and Ferguson suggested robbing someone to get more. In the heat of the moment, he said, Ferguson got violent.

Police had plenty of forensics including hair, fingerprints, and bloody shoeprints. None of it matched either teen. Still, the prosecutor made a deal with Erickson (25 years) who agreed to testify against Ferguson.

By the time Ferguson stood trial, Erickson was a confident witness (he had a year to study crime scene photos and police reports.) And he wasn't the only one with a newly restored memory. Jerry Trump, the janitor who once said he couldn't describe the men he saw at the scene, now pointed to Ferguson in court.

Ferguson was convicted and sentenced to 40 years.

The jurors - and the press - accepted the story. The confessed accomplice nailed the killer. The eyewitness saw him at the scene. However, when "48 Hours" began to dig in, we saw that there were serious issues with what witnesses said. Erickson's taped confession was astonishing. It was not so unusual that the detective was in his face, shouting that Erickson's head was "on the chopping block" - or even that he implied that Ferguson was about to turn on him. That's typical interrogation fare. The police are allowed to lie. But they should never feed the suspect details of the crime - and you watch that happen before your eyes.

When Erickson has a hard time guessing what Heitholt was strangled with, the detective helpfully tells him it was Heitholt's belt. "Really?... his own belt?" asks an incredulous Erickson. The cops also drove a wide-eyed Erickson to the scene, pointing out exactly where the crime took place. At trial, Erickson fed back this information as if it were first hand knowledge. But he also said stuff that made no sense. For one thing, he claimed he and Ferguson went back to the bar after murdering Heitholt. It had been closed for more than an hour.

Trump's memory was supposedly jogged by seeing the arrest photos in the newspaper. Oh, and yes, he was serving time on a sex offense when he saw them. I found his recovered memory so dumbfounding that I kept reading the police report over and over to make sure I wasn't missing something. There it was in black and white: Trump had initially said he "could not provide a detailed description." Something seemed very wrong, yet the jury found him credible.

Some reports emphasized details that seemed to miss the point: Ryan drove a Mercedes, for example. We focused on the evidence - and its flaws. We could not explain why Erickson would take a plea if he wasn't really there that night, but we could question what he said. If this was a robbery, why was Heitholt's wallet left behind? When we first aired the story in 2005, we took a lot of heat for making a murderer "look good." We were sharply criticized for taking "Ryan's side."

Still, our report did have an impact - in and out of Missouri. New witnesses came forward, including a woman who said that Trump had told her he'd never be able to identify the men he saw. Perhaps most important, our program was seen by Kathleen Zellner, a powerful Chicago attorney who took Ferguson's case pro bono.

More and more evidence surfaced and it all pointed to Ferguson's innocence. Erickson recanted. The forensics contradicted his original trial testimony. It turned out there was someone at the crime scene close to the time of the murder who was never investigated. The media coverage became more critical of the case. In time, people wrote letters to newspapers, demanding a re-investigation. Ferguson gained supporters who took to social media.

By the time Ferguson was granted a hearing in 2012 (justice works slowly) there was plenty of media attention. Under oath, Erickson testified about the serious drug and alcohol problem he had as a teenager. He said he had blacked out the night of the crime and had no real memory of that time. Attorney Zellner believes that the police took advantage of a confused kid with a serious drug problem. Trump also admitted lying at Ferguson's trial. The ex-con said he felt pressured to help the prosecution. At the end of the hearing, when Judge Daniel Green upheld Ferguson's conviction, there was a public outcry. Then a Missouri State Appellate court agreed to review Judge Green's decision.

This past September, when we were back in court to cover oral arguments before the appellate court judges, we realized Ferguson had a real shot at freedom. What a difference eight years makes! At earlier hearings, we were virtually alone in the courtroom. This time, it was standing room only. All the major news networks were there. Coverage had become distinctly pro-Ferguson. Legal analysts expressed outrage that he was still behind bars. Where had they been all these years?

On the surface, this was a case of a confessed accomplice turning in a killer. We needed to dig deeper to find the truth. After eight long years, Ferguson is finally getting justice. The only thing left now is to find Kent Heitholt's real killer(s). Then justice will be fully served.;

Gail Zimmerman is a producer for "48 Hours"