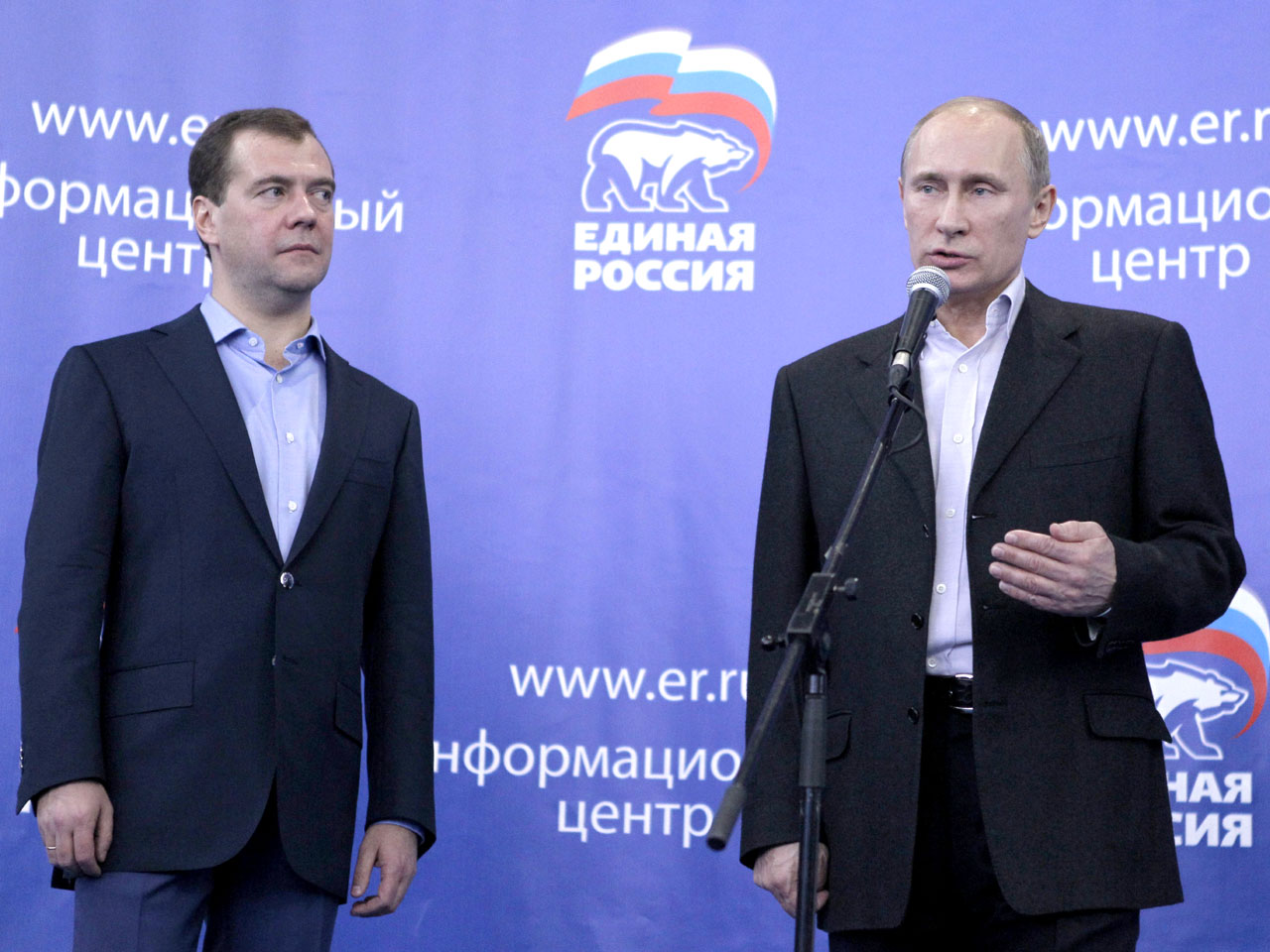 MOSCOW - Russian President Dmitry Medvedev announced on his Facebook page Sunday that he has ordered a probe into the allegations of electoral fraud during the country's Dec. 4 parliamentary vote.

Medvedev's post generated over 2,200 mostly angry comments within one hour. "Shame!" and "We don't believe you!" were the most common.

Other Facebook users asked Medvedev whether he really disagrees with the protest's main slogan, "We're for fair elections." Some wrote that Medvedev's message made them even more determined to take part in the next planned rally against electoral fraud — on Dec. 24.

Tens of thousands of Russians rallied in Moscow and other cities on Saturday in the largest anti-government protest in the nation's post-Soviet history to protest alleged fraud in the parliamentary election and to demand the departure of Prime Minister Vladimir Putin.

"I disagree with the slogans as well as with the speeches that were made at the rallies," he said, but added that he gave instruction for a check of the reports of fraud. He did not mention who would carry out the probe.

Neither Medvedev nor Putin has made any public appearances over the weekend, although Putin's spokesman, Dmitry Peskov, said in a statement that the government "respects the point of view of the protesters" and is "hearing what is being said."

Unlike Putin, the tech-savvy Medvedev, Russia's president since 2008, has enjoyed some support among an educated urban elite. But an announcement in September that he will step aside to let his mentor Putin run for a third term as president has angered many Medvedev supporters.

Earlier on Sunday, several hundred nationalists rallied in downtown Moscow, demanding a bigger say for ethnic Russians in the country's politics and marking the first anniversary of a violent nationalist riot just outside the Kremlin.