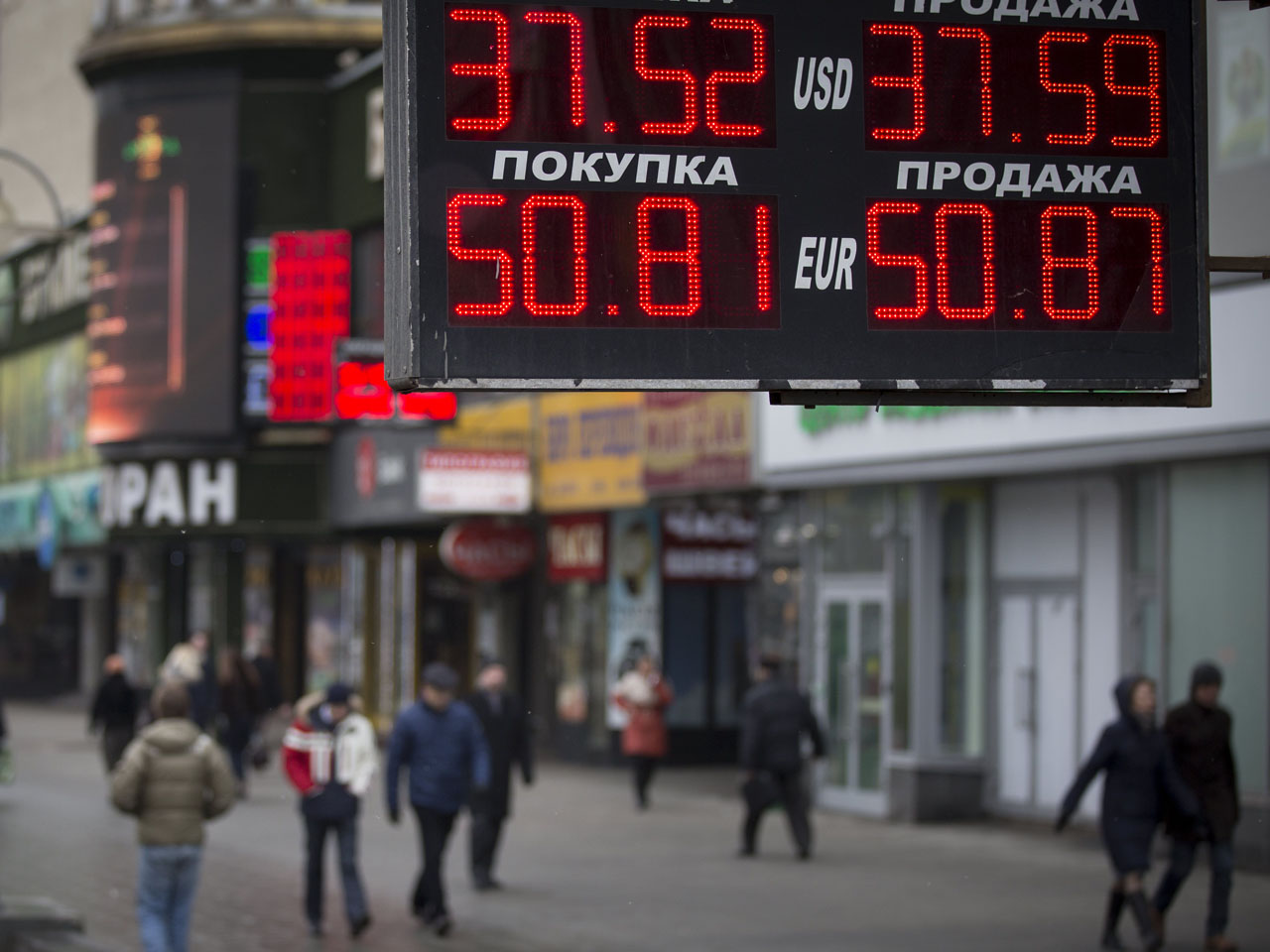 MOSCOW - Russia's stock market dropped about 10 percent on Monday and its currency fell to its lowest point ever against the dollar and the euro as worries grew over the potential economic repercussions of the crisis in neighboring Ukraine.

Russia intervened over the weekend to take control of Crimea, a Ukrainian peninsula with strategic importance, and the new government in Kiev fears a wider invasion. The West responded by questioning Russia's membership in the Group of Eight leading industrialized democracies, and the U.S. threatened possible asset freezes and trade penalties.


The Moscow Exchange fell about 10 percent in the first hour of trading Monday, although it later recovered slightly.

The ruble, already down nearly 10 percent this year, fell below 50 to the euro for the first time. It traded at 36.89 rubles to the dollar, also a record, before stabilizing around 36.49.

The Bank of Russia decided to temporarily increase the Bank of Russia key rate by 1.5 percentage points to 7 percent in an attempt to keep the currency's fall from driving up inflation. The central bank will hold its next meeting on March 14.