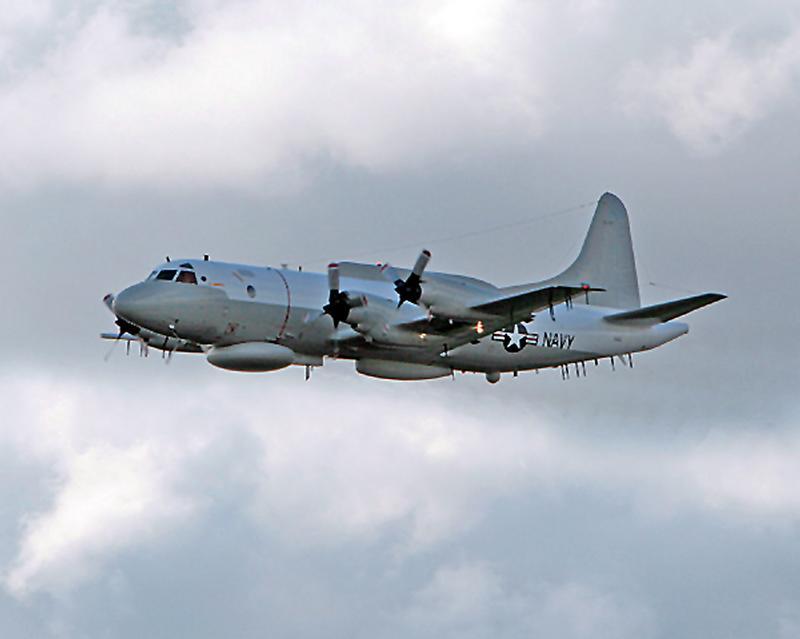 A Russian jet intercepted an American patrol plane flying in international airspace over the Black Sea on Monday, coming within 5 feet of the U.S. aircraft, the Pentagon said.

The U.S. Navy EP-3 Aries aircraft was intercepted by a Russian SU-27 jet, Pentagon spokeswoman Capt. Pamela Kunze said in a statement. The encounter lasted two hours and 40 minutes, Kunze said. The Russian jet came within 5 feet of the U.S. plane and crossed directly through its flight path, causing the EP-3 to fly through a trail of turbulence.

Kunze said the Russian military is "within its right" to fly in international airspace, but they "must behave within international standards set to ensure safety and prevent incidents."

"Unsafe actions‎ increase the risk of miscalculation and midair collisions," she said.

The Pentagon said the U.S. aircraft was "operating in accordance with international law" and did not provoke Russian activity.

Monday evening, the U.S. State Department issued a statement that noted the incident "with the highest level of concern" and that Russia "was flagrantly violating existing agreements and international law."

"The United States notes with the highest level of concern the latest incident of unsafe Russian military practices, over the Black Sea on January 29. As confirmed by U.S. Naval Forces Europe, a Russian SU-27 engaged in an unsafe interaction with a U.S. EP-3 in international airspace, with the Russia pilot closing to within 5 feet and crossing directly in front of the EP-3's flight path," the statement read. "While the U.S. aircraft was operating under international law, the Russian side was flagrantly violating existing agreements and international law, in this case the 1972 Agreement for the Prevention of Incidents On and Over the High Seas (INCSEA). This is but the latest example of Russian military activities disregarding international norms and agreements. We call on Russia to cease these unsafe actions that increase the risk of miscalculation, danger to aircrew on both sides, and midair collisions."

The incident is the latest in a series of close calls between Russian and U.S. aircraft over the Black Sea. In November 2017, the U.S. military said a Russian fighter jet flew within 50 feet of a Navy reconnaissance plane, causing the aircraft to tilt 15 degrees from the resulting turbulence. In May 2017, a Russian jet came within 20 feet of a U.S. spy plane over the body of water.

In December, two U.S. F-22A Raptors came in contact with two Russian jets as they crossed a deconfliction line over Syria. The Pentagon said the U.S. pilots tried to "persuade" the Russian pilots to leave the airspace by releasing flares and making multiple calls on an emergency channel established to avoid conflict between U.S. and Russian forces.