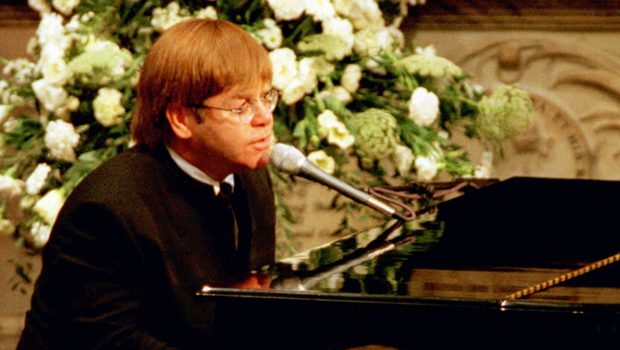 The music icon is singing the blues this morning after learning that what he thought was a phone call from Russian President Vladimir Putin--one that has elicited reaction from the highest levels of politics and pop culture--was actually a prank, reports Vladimir Duthiers of CBS News' digital network, CBSN.

Elton John's relationship with Russia extends back to 1979 when he became the first Western singer to perform in the Soviet Union.

So when it turned out that John was the target of two radio pranksters, Kremlin officials spoke out and said they might have gone too far.

"He heard that you wanted to talk to him about important problems of the Russian life," a translator told John on Monday's alleged phone call from Russian President Vladimir Putin, to which John responded, "That is incredible. ... I'm not a politician but I would love to sit down with the president and discuss things face-to-face."

But on Tuesday, the Kremlin denied it ever took place and the phone call turned out to be nothing but a scam.

On Wednesday, it was revealed the 11-minute call was actually the work of two Russian comedians known as "Vovan" and "Lexus."

They admitted that they contacted the music legend after John's recent trip to Ukraine. In the phone call, the pranksters mentioned the singer's meeting with Putin's main rival, Ukrainian President Peter Poroshenko, then turned the conversation to gay rights--a heated topic in Russia, which is known for its discriminatory policies against gays and lesbians.

"I think the violence toward LGBT people--they really feel safe--but this something I don't really want to talk about over the phone," Elton told them.

Also over the scam phone call, John settled on a November meeting date with the Russian president and even agreed to attend a gay pride parade in Moscow, and asked the pranksters to thank the president for his time.

On Wednesday, a Kremlin spokesman said, "I would recommend them to offer apologies to Elton John...who's respected and loved by the Russian audience."

As for the two pranksters, they say they gave the crocodile rocker what he called "the best day of his life."

Sir Elton John posted on Instagram this morning that while this was a joke, homophobia is not.

"If this unfortunate incident has helped push the vital issue into the spotlight, then I am happy to be pranked on this occasion," he wrote.

He also added that "loved Russia" and that his offer to meet with President Putin about LGBT rights stands.