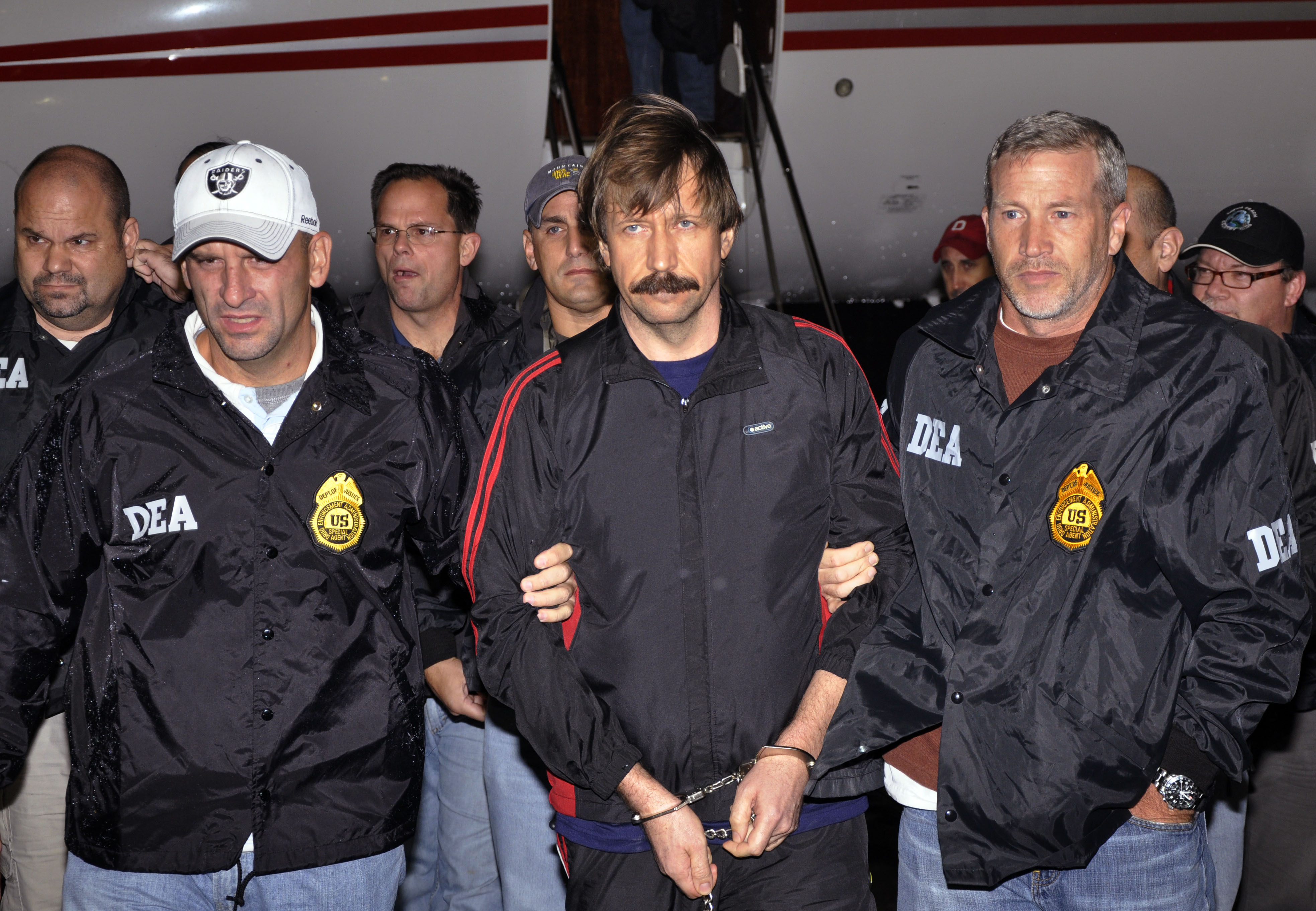 (AP) MOSCOW - A Russian arms dealer who was convicted in the United States on terrorism charges and sentenced to 25 years in prison asked Russia on Thursday to file a lawsuit against the U.S. and Thailand on his behalf.

Viktor Bout, a former Soviet military officer dubbed the Merchant of Death, also urged Russia's parliament to create a panel to dispel what he called false accusations leveled against him by the U.S. prosecutors.

Speaking to reporters in a phone call from the Metropolitan Detention Center in Brooklyn, N.Y., Bout voiced hope he would "return home very soon," if Russia stands up for him "resolutely and strongly."

Bout has been jailed since his arrest four years ago in Thailand in an elaborate U.S. sting operation. He was extradited to the U.S. for trial in 2010 over the objections of Russian authorities and sentenced last week.

"I would like to ask the State Duma deputies to have Russia file a lawsuit on my behalf against the United States and Thailand at an international court," Bout said.

Russian authorities have said they'll pressure the U.S. government, including Secretary of State Hillary Rodham Clinton, to send Bout home, saying his release will remain among Moscow's priorities in its relations with Washington.

Asked Thursday about the possibility of him being extradited to Russia to serve his sentence, Bout responded that he's innocent and must be set free. He also said he would reject any deal with the U.S. authorities that would require him to plead guilty.

"I have done nothing wrong, so why should I plead guilty?" he said. "I wouldn't accept any deals or make any confessions."

Bout, the inspiration for an arms dealer character played by Nicolas Cage in the 2005 film "Lord of War," was arrested four years ago in Thailand after he met U.S. Drug Enforcement Administration operatives posing as agents of a Colombian terrorism group.

Prosecutors said Bout was ready to sell up to $20 million in weapons, including surface-to-air missiles to shoot down U.S. helicopters. Bout insisted he was a legitimate businessman.

He said Thursday that the U.S. charges against him were "based on rumors and lies" and denounced the proceedings as a "mockery of justice."

"They have sentenced me not for things I have done, but for a myth they have created and have come to believe in," Bout said, likening his trial to that conducted by the Spanish Inquisition in the medieval times.

Bout had eluded arrest for years as the U.S. and U.N. imposed sanctions against him after he was accused of breaking U.N. embargoes by supplying weapons to conflicts in Africa.

He denied rumors about his links to Vladimir Putin, who won a third presidential term last month, or Putin's top aide, Igor Sechin. "Regrettably, I don't have any links with the Kremlin, with Putin or Sechin," Bout said.