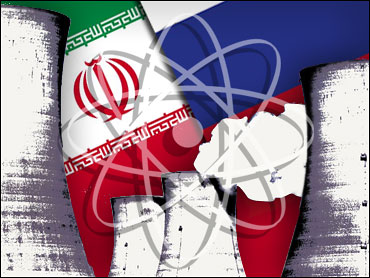 Russia is preparing to equip Iran with a powerful new air defense system that would dramatically increase its ability to repel an attack, Iran's defense minister said Wednesday.

The S-300 anti-aircraft missile defense system is capable of shooting down aircraft, cruise missiles and ballistic missile warheads at ranges of over 90 miles and at altitudes of about 90,000 feet. Russian military officials boast that its capabilities outstrip the U.S. Patriot missile system.

The S-300 is an improvement over the Tor-M1 air defense missile system. Russia delivered 29 Tor-M1s to Iran this year under a $700 million contract signed in December 2005.

"The S-300 air defense system will be delivered to Iran on the basis of a contract signed with Russia in the past," Iranian Defense Minister Mostafa Mohammad Najjar said, according to state television.

Najjar didn't say when or how many of the S-300 anti-aircraft missile defense systems would be shipped to Iran, and Russian officials declined to comment.

The Tor-M1 is capable of hitting aerial targets flying at up to 20,000 feet.

"While Tor-M1 missiles can hit targets at low altitude, S-300 missile have an extraordinary performance against targets at high altitude," Najjar said.

Russian officials wouldn't comment on the Iranian statement. Russian officials have consistently denied they were selling the S-300 to Iran. Iranian media reports have claimed the S-300 missile systems could inflict significant damage to the U.S. or Israeli forces, were they to attack Iran.

The United States had said in the past that it would not rule out military action as a way to halt Iran's nuclear enrichment, claiming it was using it as cover for weapons development. But earlier this month, Washington reversed course, concluding in an intelligence assessment that Iran stopped direct work on creating nuclear arms in 2003 and that the program remained frozen through at least the middle of this year.

Israel says Iran remains a strong threat, but most analysts think any Israeli military operation is unlikely at this point.

Teams led by Mikhail Dmitriyev, head of the Russian Federal Service for Military and Technical Cooperation, and Brigadier General Ahmad Vahidi, regarded as the father of Iran's missile program, held talks in Tehran this week on ways to step up defense cooperation.

A military expert speaking on condition of anonymity because of the sensitivity of the subject said that the Russian team included experts who had installed the Tor-M1 in Iran.