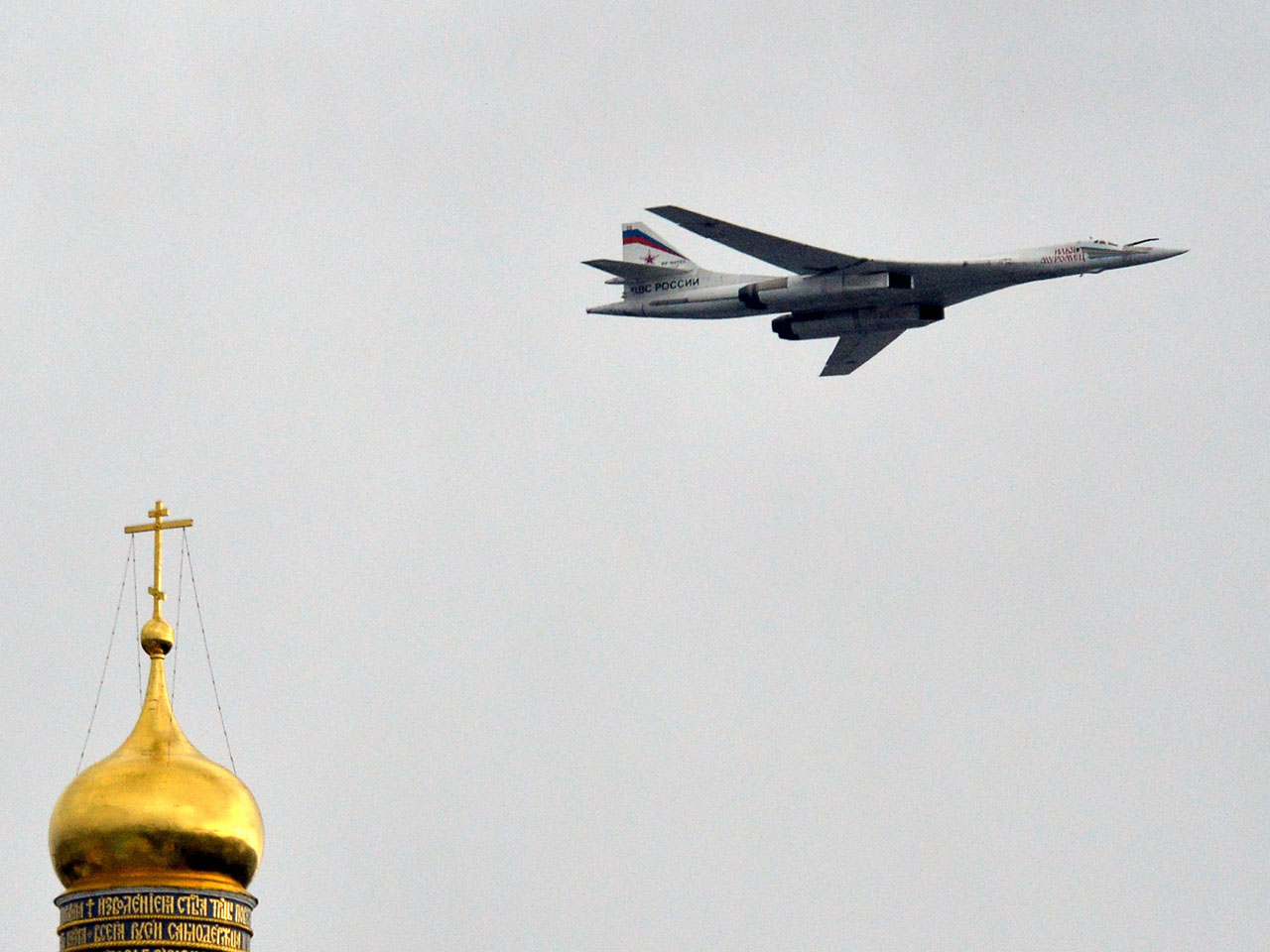 LONDON - Over the weekend, Britain announced it had to scramble RAF fighter jets for a second time this week after at least one Russian Bear bomber approached U.K. airspace.

The Ministry of Defense said Saturday that RAF Typhoons based at Lossiemouth in Scotland intercepted the aircraft on Friday. Images released with the statement showed one bomber, but the ministry declined to say how many aircraft were involved.

NATO last week week reported a spike in Russian military flights over the Black, Baltic and North seas and the Atlantic Ocean, with groups of Russian warplanes conducting large-scale maneuvers in international airspace.

Tensions have been high since Russia's annexation of the Crimean Peninsula from Ukraine in March. Alliance pilots have conducted 100 intercepts this year - three times more than in 2013.

In April, in the midst of increasing East-West tensions over the crisis in Ukraine, a Russian jet made what officials described as a "provocative" pass of a U.S. Navy destroyer patrolling the western Black Sea.

"What is significant is that across history, most of these incursions have been very small groups of airplanes, sometimes singletons or at most two aircraft," Breedlove, who is also the head of U.S. European Command, told a Pentagon briefing. "What you saw this past week was a larger, more complex formation of aircraft carrying out a little deeper, and I would say a little bit more provocative flight path."

Most of the Russian flights have been in international airspace over the Baltic Sea, North Sea and Atlantic Ocean, a U.S. military official told Reuters. The flights have been unannounced with no flight plans filed, even though Russia has agreed to do so under civil aviation agreements, the official added.

Breedlove described the flights as "problematic" and a "concern," saying they did not "contribute to a secure and stable situation."

On Monday, Breedlove painted an increasingly grim picture of the U.S. and NATO's deteriorating relationship with Russia, saying Moscow's "hybrid war" in Ukraine is forcing the West to beef up military capabilities in the region.

He said Russia is essentially working to shift Ukraine's border westward, and is discussing plans to put aircraft in Ukraine's Crimea region that have a full range of capabilities, including possibly tactical nuclear weapons. Breedlove says he so far has seen no indications of such weapons being deployed by the Russians to Crimea.

Breedlove also says there are about 250-300 Russian troops in Ukraine training and equipping the Russian-backed separatists. And he says Russian truck convoys are routinely crossing the porous border, including one that was at the border Sunday.