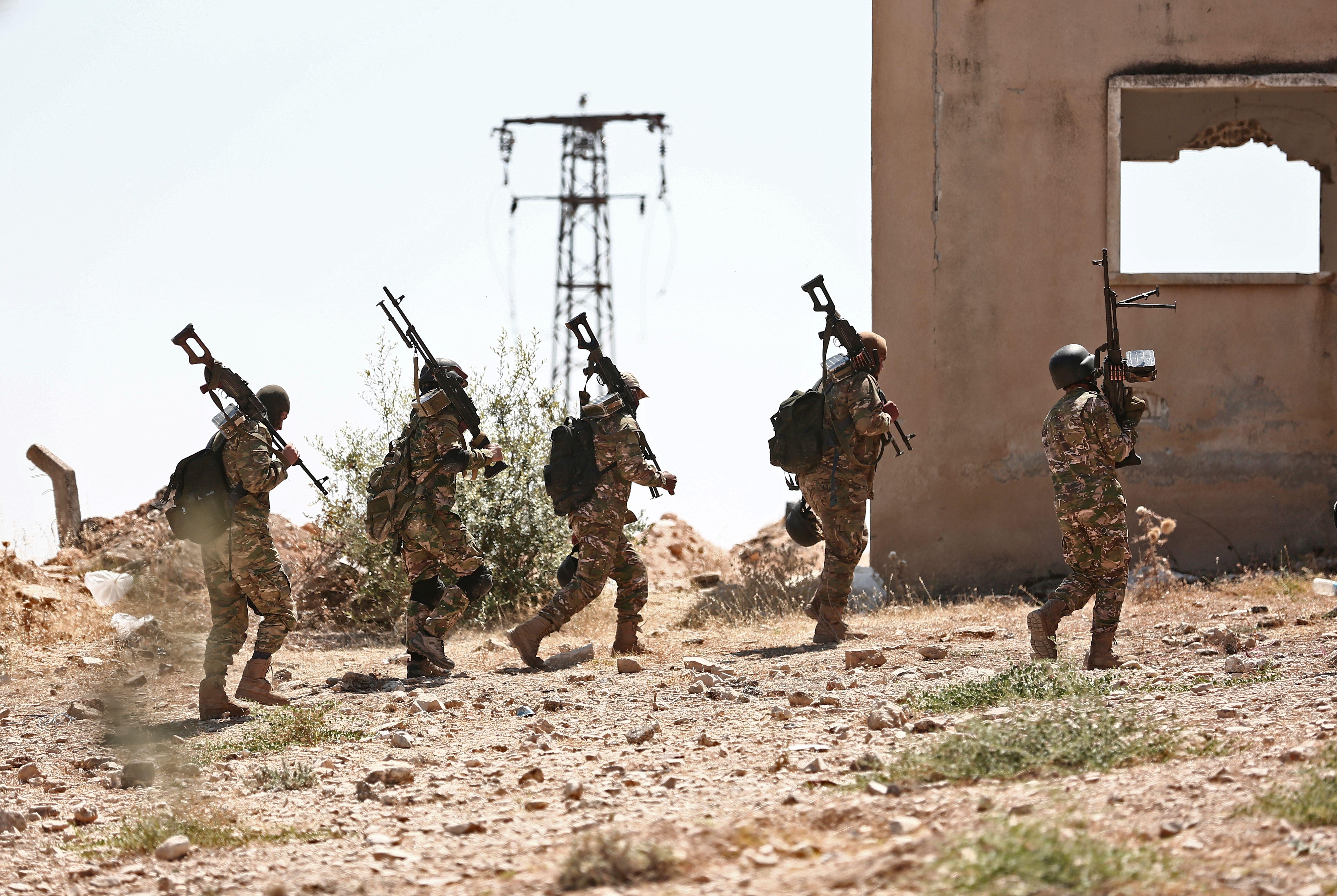 WASHINGTON -- U.S. President Donald Trump on Monday warned Syria against launching an attack on the country's last rebel stronghold with the help of Russia and Iran, saying the offensive could trigger a "human tragedy." Syrian forces are massing around the northwestern province of Idlib, in preparation for the assault.

"President Bashar al-Assad of Syria must not recklessly attack Idlib Province. The Russians and Iranians would be making a grave humanitarian mistake to take part in this potential human tragedy," Mr. Trump tweeted. "Hundreds of thousands of people could be killed. Don't let that happen!"

Moscow shirked the warning, as Russian warplanes carried out a number of airstrikes targeting rebels positions in Idlib province. London-based war monitoring group, the Syrian Observatory for Human Rights (SOHR), said it was the first time Russian strikes had targeted the northwestern province in about three weeks, but they were limited in scope; reportedly hitting rebel positions in uninhabited areas and causing unclear damage. There was no indication as of Tuesday that it was the beginning of a wider offensive in Idlib.

A spokesman for the Kremlin in Moscow dismissed Mr. Trump's warning about the looming offensive, saying it failed to address the root problem of "a nest of terrorists" in the province, where an estimated 3 million civilians also remain. Russia, like the Syrian government, refers to all opposition Syrian forces as terrorists.

The Kremlin said the fighters in Idlib were blocking peace efforts and threatened Russia's military presence in Syria. CBS News correspondent Debora Patta reports that Russia has explained the early morning strikes in Idlib as retaliation for weaponized drone attacks on Syrian forces by the opposition fighters.

The United Nations and aid groups have warned that a full assault on Idlib could spark a humanitarian catastrophe on a scale not yet seen in Syria's seven-year-old conflict. But Russia and Iran have insisted that extremist groups in Idlib must be defeated and are expected to back regime forces in any assault.

The warning came as Iran's foreign minister Mohammad Javed Zarif met with Syrian leader Bashar al-Assad in a surprise visit to Damascus ahead of the looming offensive.

"Terrorists must be purged" from Idlib and Syrian government control of the province restored, Zarif said in Damascus, according to Iranian media. "Syria's territorial integrity should be safeguarded and all tribes and groups, as one society, should start the reconstruction process, and the refugees should return to their homes," he said.

Iranian Foreign Minister Zarif's trip to war-ravaged Syria comes just days before a top-level tripartite meeting in Tehran to discuss the Syrian conflict, now in its eighth year. The Russian government spokesman said Tuesday that the Idlib crisis would be a topic of discussion at the meeting.

Zarif met Assad to discuss "issues on the agenda for the tripartite meeting," according to the Syrian presidency's account on the Telegram messaging app.

Background to the Idlib standoff

Since early 2017, Iran, fellow regime ally Russia and rebel backer Turkey have sponsored the negotiations track based in the Kazakh capital to tamp down hostilities in Syria.

Last year, they had designated Idlib as a "de-escalation" zone where violence would halt in preparation for a countrywide ceasefire.

Damascus's main sponsor Russia has been sounding the war drums in recent days, all the while seeking to pressure Turkey into reining in jihadist factions in Idlib,

Tehran and Moscow have provided steady political, financial and military backing to Assad throughout the war, which has left over 350,000 people dead since it broke out in 2011.

The International Crisis Group, a Brussels-based think tank, said an all-out assault on Idlib and its catastrophic consequences could still be avoided.

ICG said Russia, whose air support would be crucial for the offensive to succeed, should understand that a bloodbath in Idlib would jeopardize its own political goals.

"By backing an all-out offensive, Russia risks undermining its long-term political objectives in Syria," ICG wrote in a nine-page briefing.

"Russia seeks to ensure not just the regime's military victory in Syria but its full political restoration through international re-legitimation at war's end."

A series of recent strikes in Syria that have killed Iranians has been attributed to Israel.

But Israeli Defense Minister Avigdor Lieberman on Monday signaled strikes could be extended to Iraq if necessary.

Asked about the possibility of Israel hitting Iranian military positions in "Iraq or Tehran," Lieberman said: "We do not limit ourselves to Syrian territory alone. It must be clear."

Britain, France and the U.S., which together launched limited attacks on Syrian installations in mid-April in retaliation for an alleged Syrian chemical attack, say their red line against illegal weapon use remains in force.

But analysts still say the United States appears resigned to the likelihood of a final military victory by Syrian government forces.

Behind the scenes, American diplomats have been actively warning Moscow, which has been accused in the past of turning a blind eye to chemical weapon use by its Syrian proteges.

But these "verbal warning shots" have little to do with today's reality in Syria, said Jonas Parello-Plesner, a researcher with the Hudson Institute in Washington who recently published a study on the U.S. approach to the region.

And that reality, he told AFP, is that "Assad is advancing on the ground, aided by Iran by land and Russia by air," while the United States places its hopes on a UN-backed Geneva peace process that might best be described as "moribund."

Mr. Trump said in April that "it's time" to bring American troops home from Syria -- once the jihadists of the Islamic State or Iraq and Syria (ISIS) had been definitively defeated.

While he quickly backed away from talk of an immediate withdrawal, his underlying determination to leave Syria's seven-year war as soon as possible seems unchanged.