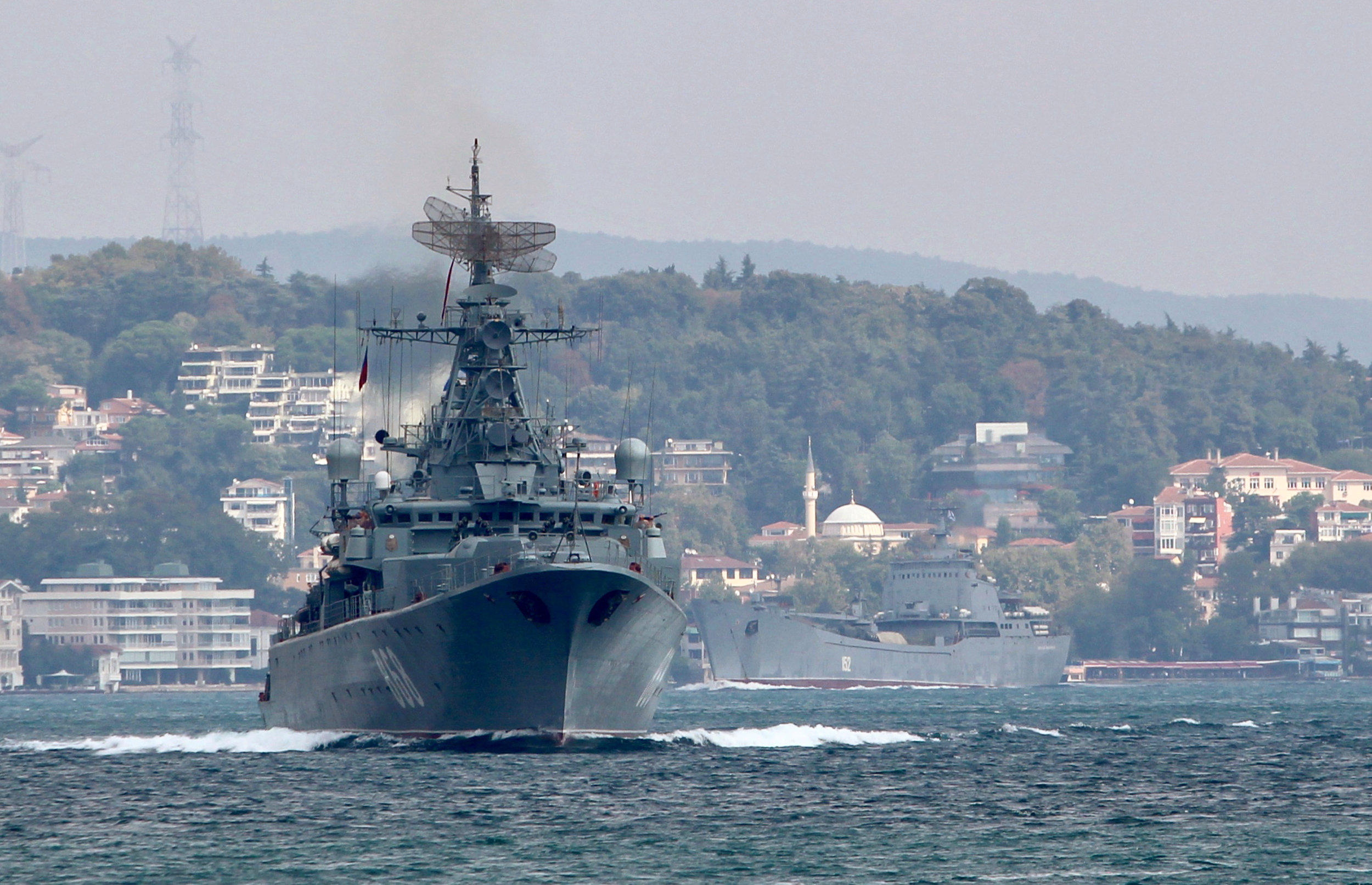 BRUSSELS -- NATO says the Russian navy is building up its presence in the Mediterranean Sea amid growing tensions over the war in Syria. Russia has provided crucial military support for Syrian government forces, which are expected to mount an offensive in the northern Idlib province, the last major rebel stronghold in the country.

"We will not speculate on the intention of the Russian fleet, but it is important that all actors in the region exercise restraint and refrain from worsening an already disastrous humanitarian situation in Syria," NATO's chief spokeswoman, Oana Lungescu, said Wednesday.

She says several of the Russian ships are equipped with cruise missiles.

At least eight ships, including a missile cruiser and two missile-carrying submarines, have joined the Russian flotilla over the past three weeks. On Thursday, the Russian Ministry of Defense upped the ante; state-run Russian news agency TASS said the ministry had announced that its forces would carryout a military exercise in the Mediterranean involving 25 naval vessels and 30 warplanes on Sept. 1.

Moscow has repeatedly alleged that Syrian rebels are preparing a chemical weapons attack in Idlib as a provocation to bring a Western attack on Syrian forces.

The newspaper Moskovsky Komsomolets said the naval buildup was connected to that prospect. "The United States and its allies have forced Russia to send a powerful sailing group to the Mediterranean," it wrote on Tuesday.

Both Syria and Russia deny that government forces have ever used chemical arms.