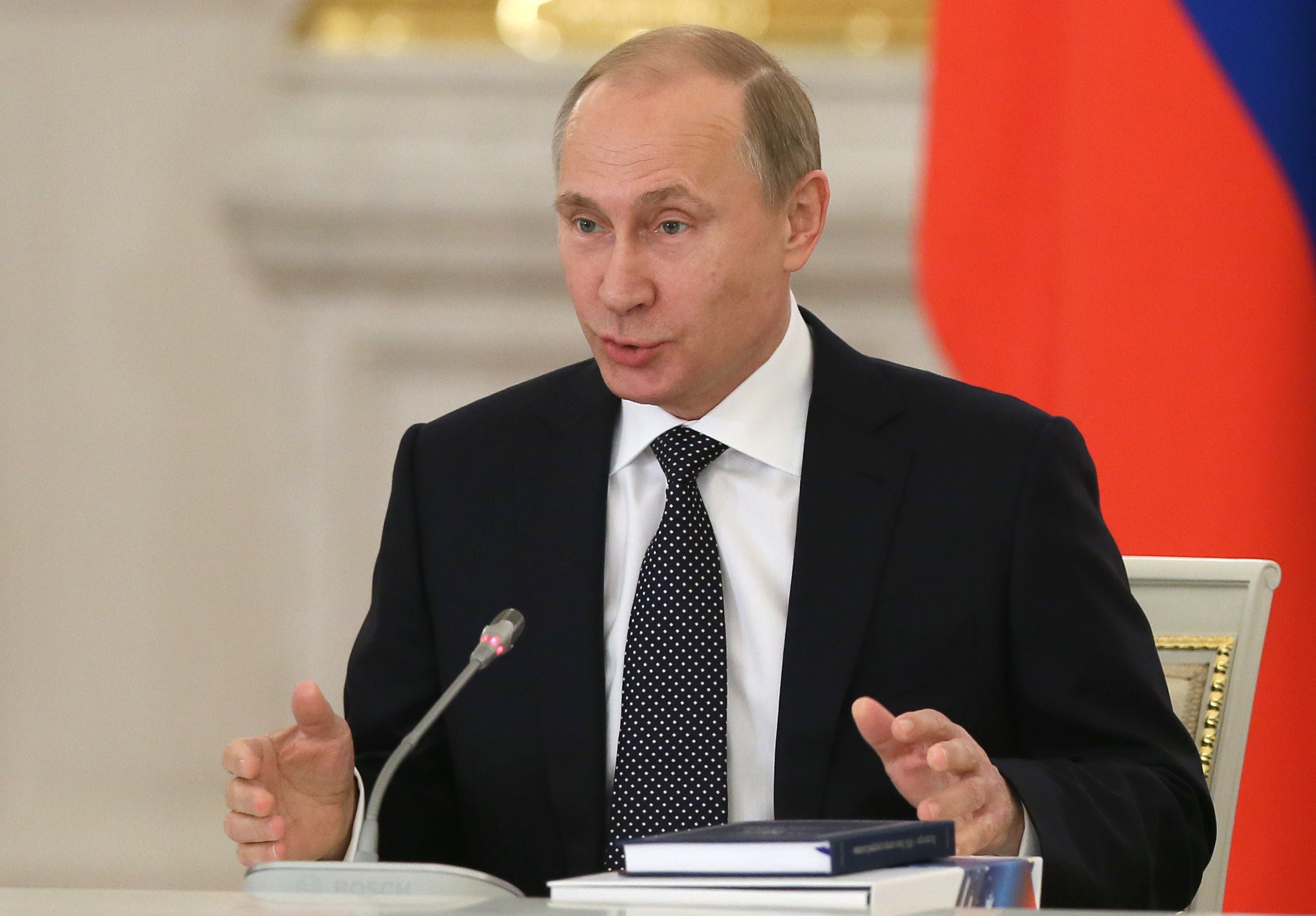 MOSCOW - Russia was ready to bring its nuclear weapons into a state of alert during last year's tensions over the Crimean Peninsula and the overthrow of Ukraine's president, President Vladimir Putin said in remarks aired on Sunday.

Putin also expanded on a previous admission that the well-armed forces in unmarked uniforms who took control of Ukrainian military facilities in Crimea were Russian soldiers.

Putin's comments, in a documentary being shown on state TV, highlight the extent to which alarm spread in Russia in the weeks following Ukrainian President Viktor Yanukovych's ouster in February 2014 after months of street protests that turned increasingly violent.

The documentary came as speculation swirled about Putin's 10-day absence from public view. On Monday, he put paid to the rumors and speculation, however, meeting with the president of Kyrgyzstan in his first public event since March 5.

Russian forces took control of Ukrainian military facilities on the peninsula and a referendum on secession was hastily called. The referendum, which was widely denounced in the West as illegitimate, reportedly brought overwhelming support for secession. Russia annexed Crimea on March 19, 2014.

In the documentary, which marks a year since the referendum, Putin says of the nuclear preparedness, "We were ready to do this ... (Crimea) is our historical territory. Russian people live there. They were in danger. We cannot abandon them."

The comments were reported on the state broadcaster's website after its transmission in the Russian Far East and before it appeared on the air in Moscow.

Putin said his plans for a Crimean operation started after Yanukovych fled.

"We never thought about severing Crimea from Ukraine until the moment that these events began, the government overthrow," he said, repeating Russia's contention that Yanukovych was the victim of a coup.

He said he called for a "closed opinion poll" of sentiments among Crimeans about whether to remain in Ukraine. He didn't give details as to how this survey was conducted, but said "it became clear that 75 percent of the general population desired to join Russia."

Russia initially denied that the unmarked forces who took control in Crimea were Russian, but Putin later admitted they were. In the Sunday documentary, he said he ordered the defense ministry to deploy military intelligence special forces, marines and paratroopers "under the cover of strengthening the protection of our military facilities."

Russia's Black Sea Fleet is based in Crimea; it retained the bases after the collapse of the Soviet Union under an agreement with Ukraine.

Putin claimed in the documentary that the number of Russian forces in Crimea never exceeded the 20,000 authorized under the agreement on basing the Black Sea Fleet there.

After fleeing the capital Kiev, Yanukovych made one appearance in Kharkov, then disappeared for several days. Reports at the time said he and his security entourage went on a desperate journey through the eastern parts of the country and down to Crimea, looking for safety. Putin's retelling appeared to confirm those reports.

He said Russian security forces had tried to keep contact with Yanukovych as he moved through Ukraine and eventually "we brought him to Russian territory."

Inside the Ukrainian lab behind Russia's biological weapons lies
More