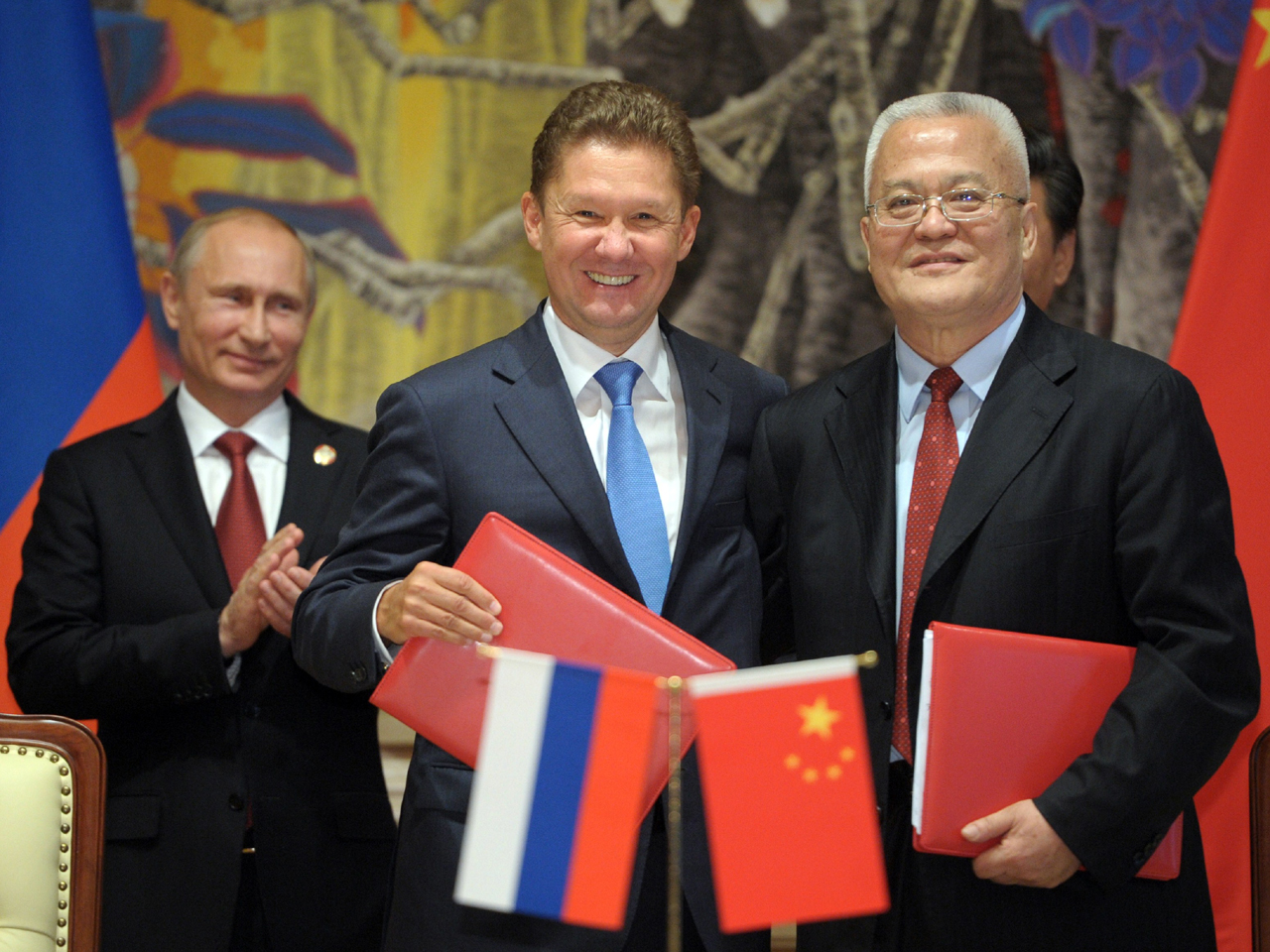 Russia and China have agreed to an historic energy deal that has been years in the making, and is expected to affect both global gas prices and geopolitics for years to come.

On Wednesday, after failing to reach an agreement a day earlier, the two sides signed a 30-year deal for Russia to supply China with gas via a route through Siberia.

The deal is between two state-run entities, Russia's Gazprom and the China National Petroleum Corporation (CNPC). According to China's Xinhua news agency, the contract will begin providing the People's Republic with 38 billion cubic meters of natural gas annually, starting in 2018.

The actual price of the agreement was not announced, but the state-run Russia Today web site said the contract was worth $400 billion.

"Today we started the first page of a big book, a fascinating story of the Russian-Chinese cooperation in the gas industry, and many more essential chapters are yet to be written in it," Gazprom CEO Alexey Miller said in a press statement. Gazprom is also expected to invest $55 billion in the Russia-China pipeline's construction and transmission facilities.

The move comes as tensions between Russia and the west have deepened in recent months over the ongoing crisis in the Ukraine. The European Union depends on Russia for about one-third of its gas supplies. There are also concerns that Moscow might cut off its European gas pipeline if economic sanctions directed against Moscow were tightened.

Analysts say Wednesday's deal in Shanghai is a win-win on many levels for both China and Russia.

"Gazprom is under increasing geopolitical and competitive pressure to diversify its market toward the East, while China's gas market remains supply constrained as demand continues to surge," Xizhou Zhou, director with IHS Energy, tells CBS News.

Zhou believes China agreed to a higher price for its new Russian supply of gas than what it was initially prepared to pay. And that higher price level, he says, "reflects China's willingness to pay more for cleaner fuel, consistent with its efforts on domestic gas price reform to accomdate rising supply costs."

The new gas agreement took place during a meeting in Shanghai of the Conference on Interaction and Confidence-building measures in Asia (CICA), a regional group that, as CBS News reports, includes Russia and Iran but excludes the United States.