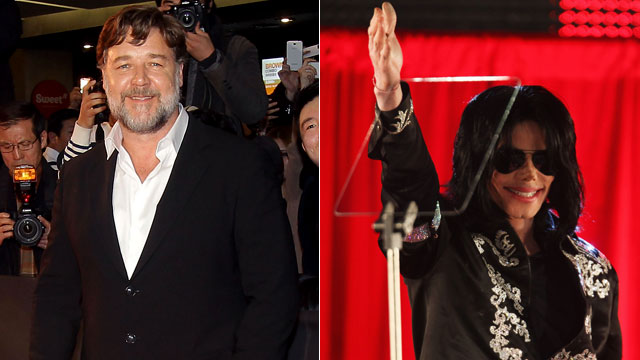 Turns out the King of Pop was quite the prankster.

Russell Crowe revealed in a recent interview with The Guardian that the late Michael Jackson went to great lengths to prank call him and for a long period of time. "Two or three f-----g years, I never met him, never shook his hand, but he found out the name I stayed in hotels under, so it didn't matter where I was, he'd ring up do this kind of thing, like you did when you were 10, you know," the 50-year-old actor recalled.

So what does a prank call sound like from MJ? "Is Mr. Wall there? Is Mrs .Wall there? Are there any Walls there?" Crow recalls Jackson's calls. "'Then what's holding the roof up? Ha ha.' You're supposed to grow out of doing that, right?"

Back in 2013, "The Water Diviner" star first revealed the prank calls he was receiving from the music legend, who passed away in 2009. "He'd ring me and in a strong voice and say, 'There is an emergency and you need to leave the building,'" Crowe told The Sun. "I'd ask, 'Who is this?' And he'd say, 'Do not worry Russell, just kidding, this is Michael.'"

Obviously, Crowe isn't the only celebrity that has a memorable story about Jackson. Back in 2014, Justin Timberlake revealed that it was the King of Pop that inspired him to go solo. For more on JT's memory of MJ, check out the video here.