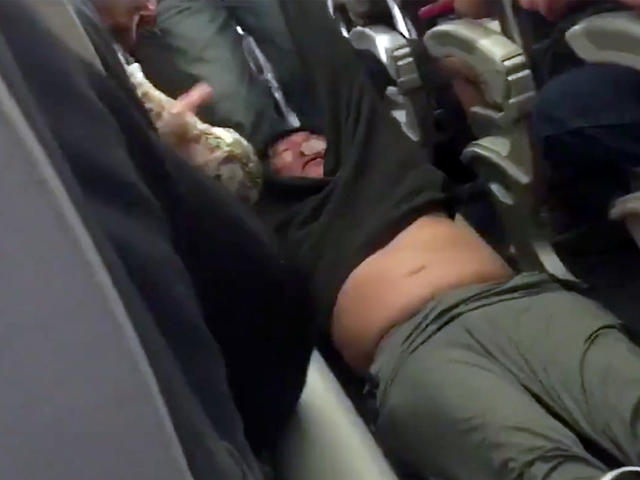 DALLAS — Without the shocking video, it's unlikely that the world would have learned or cared about the violent manhandling of 69-year-old David Dao on a United Airlines flight last month.

The outrage on social media, the mea culpa by an airline CEO, the promise to treat customers better - none of it would have happened.

The passengers who shot those videos on a United Express plane in Chicago violated United's policy on photography. By the letter of the airline's law, they too could have been ordered off the plane.

Under United's policy, customers can take pictures or videos with small cameras or cellphones "provided that the purpose is capturing personal events." Filming or photographing other customers or airline employees without their consent is prohibited. American, Delta and Southwest have similar policies.

Passengers are accustomed to using their cellphones to take photos and videos that they can upload to Facebook, Twitter or Instagram. Airline rules on photography are sporadically enforced, but passengers should read them in the in-flight magazines because there can be consequences.

This month, a United ticket agent ordered a passenger's reservation canceled as he filmed her while disputing a $300 baggage fee in the New Orleans airport. After Navang Oza posted his video online, United apologized, saying that the video "does not reflect the positive customer experience we strive to offer."

In April, a JetBlue Airways crew called airport police to meet a man who they said continued to record a selfie video during a security-sensitive time in flight, while the cockpit door was opened. Michael Nissensohn insists that he wasn't recording the procedure.

"I told them there is no rule against talking a selfie on a plane," Nissensohn says. He says he was ordered off the plane and held up at LaGuardia airport in New York for more than an hour before being let go without charges. JetBlue declined to comment on the incident. A spokesman says the airline doesn't publish its photography policy for security reasons.

With airline customer service in decline, videotaping is the only way that passengers can make sure they are treated fairly, says Gary Leff, a travel blogger who has criticized the airlines over the issue.

"The TSA allows more photography at the checkpoint than the airlines allow on board their planes," he says.

The Transportation Security Administration says that photography at checkpoints is fine if people don't take images of monitors or interfere with screeners. Travel bloggers say, however, that people have had run-ins with TSA officers, and you should expect to be questioned if you snap more than a casual photo of a companion.

Lawyers who specialize in First Amendment or travel law say airlines generally cannot limit photography or video recording in an airport because it is a public space. But airlines have more power on planes because as private parties they are not bound by the First Amendment.

However, there is no law against taking photos or video on an airplane, and it is unlikely that anyone would face legal jeopardy for taking pictures of an altercation on a plane or their own peaceful dispute with an airline employee, Larsen says.

"If you see something going on that is a matter of legitimate public interest," he says, go ahead and capture it even if you don't have express permission to film another passenger. The man who was roughed up by airport officers on the United Express plane, David Dao, "has already got his settlement with United," Larsen says. "He is probably pretty happy that was documented."

Indeed, Dao's attorney, Thomas Demetrio, said, "Dr. Dao has become the unintended champion for the adoption of changes which will certainly help improve the lives of literally millions of travelers," CBS Chicago reported.

Documenting perceived injustices has become a powerful way for passengers, particularly economy class passengers, to push back against major airlines. It's a frustrating moment for economy-class travelers, who increasingly face airline fees for everything from cabin blankets to checked baggage to carry-on bags. In 2016, passenger airlines collected a total of $4.2 billion in baggage fees and $2.9 billion in reservation change fees, according to the U.S. Department of Transportation.

Long security lines exacerbate the problem, particularly for passengers who don't have access to expedited screening.

After a recent video of a confrontation over a stroller between an American Airlines flight attendant and a mother with two young children, the airline grounded the employee. The person who shot the video violated American's policy, which prohibits "unauthorized photography or video recording" of employees or other passengers.

Privately, airline officials say it is unlikely they would take action in such cases. American is reviewing its policy because of the difficulty of enforcing it.

Even if the law is on the side of the passenger with a camera, there are practical considerations.

"Unless it's a legitimate safety issue like annoying other people, I don't see a problem with taking photos on a plane. But that's a call of the captain, and in the first instance the captain is right," says Thomas Dickerson, a retired New York state judge and author of "Travel Law."

Passengers can challenge the captain's judgment in court, and might win, Dickerson says, "but the problem for consumers is, do you really want to get thrown off the plane?"