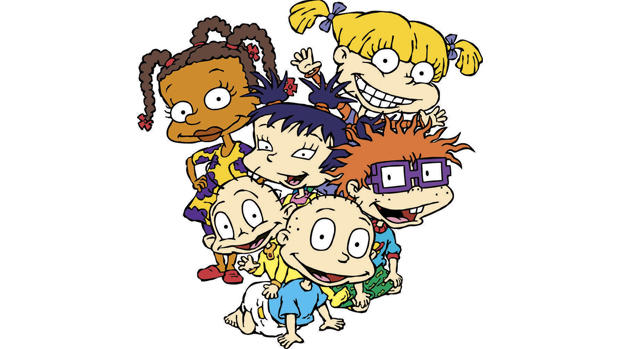 LOS ANGELES — Nickelodeon's oldest babies are coming back to TV and movie theaters. Tommy, Chuckie and the gang have a new TV and movie deal.

Nickelodeon and Paramount Pictures have announced the animated children's series "Rugrats" is returning to the network with 26 episodes. The creators of the series, Arlene Klasky, Gábor Csupó and Paul Germain, will return as executive producers. Additional news of the series' airdate and casting will be announced in the coming months, Nickelodeon said in a statement.

It's not clear if any of the original voice actors will reprise their roles; Christine Cavanaugh, who voiced Chuckie, died in 2014.

A live-action movie, written by David Goodman, featuring computer generated characters is slated to hit theaters in November 2020. An animated film, "The Rugrats Movie," was released in 1998.

"Rugrats" ran on Nickelodeon from 1991 to 2004, focusing on the imaginative lives of toddlers Tommy, Chuckie, twins Phil and Lil, and Angelica.

In a statement, Nickelodeon interim president and Viacom Media Networks COO Sarah Levy said, "'Rugrats' is hands-down one of the most celebrated cartoons in TV history, and we are thrilled for a whole new audience to meet these iconic characters in brand-new adventures. What was true in 1991 when the original show premiered is still true today: kids are fascinated with the world of babies."

"Rugrats" is just the latest Nickelodeon show to get a reboot. In April, the children's network announced that the hit '80s and '90s kids' game show "Double Dare" is returning this summer. Nickelodeon is also reviving "Blue's Clues" as a series. "Rocko's Modern Life" and "Invader Zim" will return as specials.