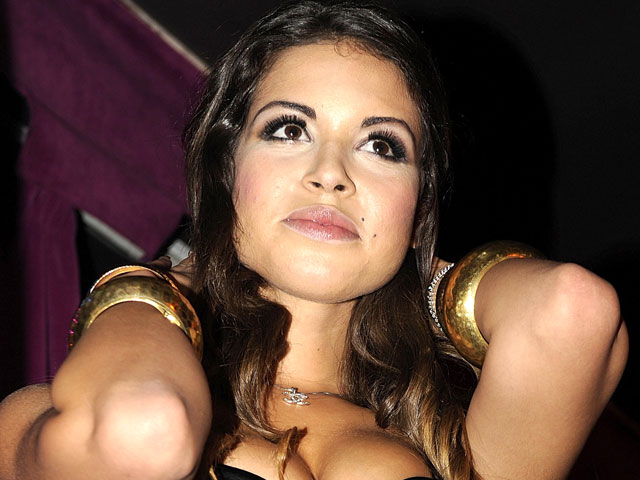 (CBS/AP) MILAN - The Moroccan teen at the center of the underage prostitution scandal enveloping Italian Premier Silvio Berlusconi insists any damage she has suffered has been at the hands of the media - not the Italian premier.

Neither Karima el-Mahroug, better known as "Ruby Heartbreaker," nor Berlusconi were present at the opening of Berlusconi's trial Wednesday on charges that he paid the teen for sex when she was underage, and then used his influence to try to cover it up.

Both have denied ever having had sex with each other - and Ruby is not budging from that line.

Named an injured party by the prosecution, el-Mahroug could have petitioned to become a civil complainant in the trial, which would have allowed her to seek monetary damages in case of conviction and also question witnesses in the case.

But, her lawyer said, it also would have been a tacit admission of the prosecutors' allegations.

"This contrasts with what Karima has always declared. She has always said she was never the object of sexual acts by Premier Berlusconi, and she has never made the choice to be a prostitute," Paola Boccardi said.

El-Mahroug does not feel that any damage she has suffered was due to Berlusconi, the lawyer said.

"There is a damage, it is a damage from the media. Karima, all over the whole world, is seen as a prostitute. When this young woman walks down the street, well-off men, very normal men, in their 50s, stop and make fun of her, saying 'Bunga, bunga,'" a term reportedly describing sexually charged dancing at Berlusconi's villa.

"This I find disconcerting," Boccardi said, adding that no one has ever come forward to say they had paid for sex with the teen.

In Italy, prostitution is not a crime, but paying for sex with someone under 18 is, since Berlusconi's own government toughened the law to raise the age of child prostitution from 16. "Ruby" was 17 during the period prosecutors allege she frequented Berlusconi's villa in Arcole, outside Milan, accepting cash and gifts in exchange for sexual favors. She has since turned 18.

The underage prostitution charge carries a possible prison term of six months to three years. The abuse of office charge - based on phone calls seeking el-Mahroug's release from custody for alleged theft - is even more dangerous: it carries a sentence of four to 12 years, and if Berlusconi is sentenced to more than five years, he would be barred from ever again holding public office.

Wednesday's trial opened under tight security, with dozens of police in riot gear circling the monumental Fascist-era courthouse. They were relegated mostly to keeping dozens of pro- and anti-Berlusconi protesters - who took up positions on opposite sides of the street - from scuffling, or getting hit by passing traffic.

Since entering politics in 1994, Berlusconi has said he has been the subject of 105 investigations that have resulted in 28 trials.

He has always either been acquitted, or seen the statute of limitations expire.