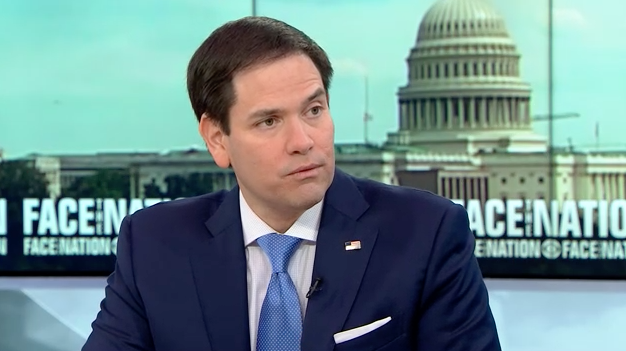 Sen. Marco Rubio, R-Florida, says that the White House's mixed messages on Russian interference in U.S. elections was "not a good moment for the administration." Rubio's comments come after President Trump attempted to clarify his message from his summit with Russian President Vladimir Putin in Helsinki, Finland, last week, insisting he did in fact support the findings of the intelligence community.

"I'm glad [Trump] said what he said, because it left the impression that somehow we were siding with Putin versus our intelligence agencies," Rubio said on "Face the Nation" Sunday. "We can't go back and change what happened. As I said, it was not a good moment, but it was what it was. We need to move forward from that with good public policy and part of that is, I think, standing with our intelligence community."

Mr. Trump said following the summit that he had meant to say "wouldn't" instead of "would" during a press conference with Putin in which he cast doubt on the intelligence community's assessment of Russian interference.

"Hopefully something like that never happens again, but I think it's important though to focus on the policy, which ultimately is what matters," Rubio said. "The rhetoric can undermine policy and influence policy, but I don't think we've reached that point here with this."

Rubio, who sits on the Senate Intelligence Committee, said that the administration and Congress now needs to focus on "deterring future attacks" by bad actors like Russia. He said despite the president's mixed messages, the intelligence community's findings that Russia meddled in the election is "100 percent accurate."

The White House said on Thursday that Mr. Trump might once again meet with Putin, this time extending an invitation to meet in the fall. Rubio said he didn't have a "problem" with Mr. Trump meeting with Putin, saying it was "important" for the U.S. and Russia to speak to one another. He cautioned, however, that any conversation the U.S. has with Putin is the person who he "really is."

"It's only productive if we understand who he is and what he wants," said Rubio.