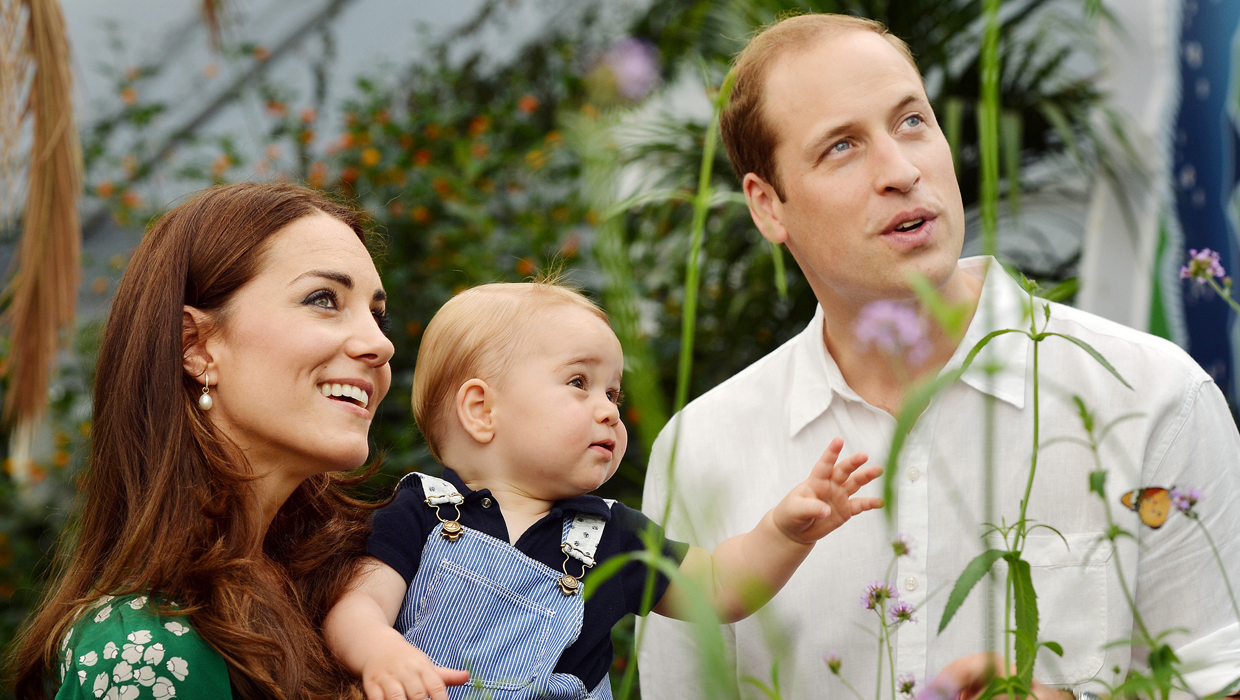 By George, how he's grown!

Britain's royal family released two more new official photos of Prince George -- who is now walking -- on Monday, a day ahead of his first birthday.

In one of the photos, taken July 2 at the Sensational Butterflies exhibition at London's Natural History Museum, George -- born July 22, 2013 -- is seen with his parents, Prince William and Kate, Duchess of Cambridge, sitting on his mother's lap and marveling at a butterfly perched on his father's finger. In the other, he's held by Kate and appears to be fascinated by another of the insects fluttering by.

A third photograph of the little one, dressed in a pair of denim overalls from French label Petit Bateau with a navy polo shirt and a pair of Early Days Alex Pre-Walker shoes, was previously released over the weekend.

And how are the royals celebrating George's birthday? The Duke and Duchess of Cambridge are said to be marking the day with family and friends at their Kensington Palace home on Tuesday. Queen Elizabeth II is reportedly expected to attend the celebrations for her great-grandson, as will Prince Harry and the Middleton family. Prince Charles and Camilla, Duchess of Cornwall, won't be in attendance as they are in Scotland for their annual summer visit.

Look through photos from George's first year in the gallery above, and leave your birthday wishes for the little prince in the comments below.