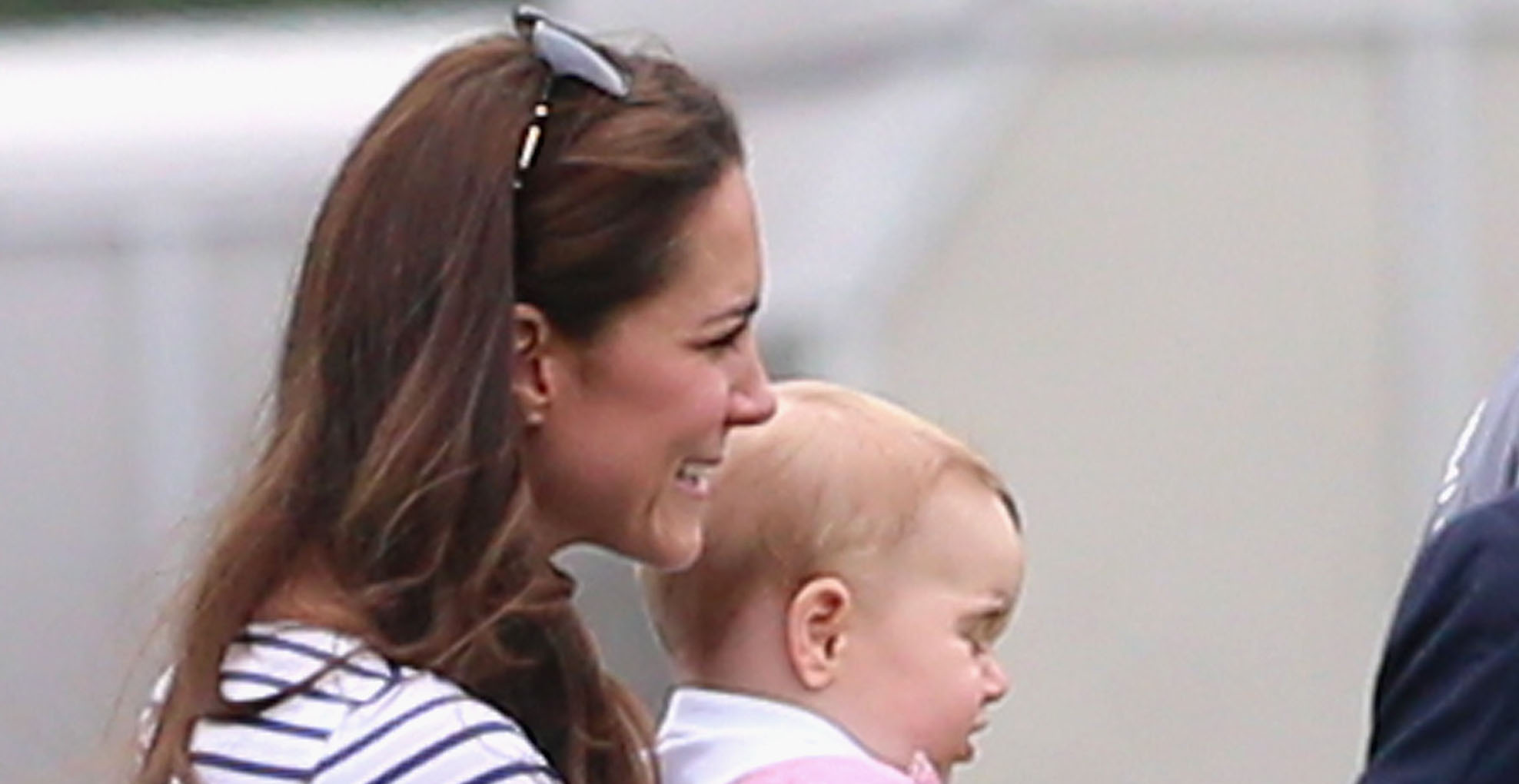 Look who's standing on his own two feet!

Prince George, third in line to the British throne, was toddling around Sunday at the Cirencester Park Polo Club in Gloucestershire, England.

Clinging with one hand to his mother Kate, the Duchess of Cambridge, Prince George did some walking around and was even seen kicking a small soccer ball on the sidelines of the charity polo match.

George turns 1 on July 22. But he's already made a rousing success of his first royal tour, a visit to Australia and New Zealand.

His father, Prince William, and uncle, Prince Harry, were playing on opposite sides at the annual Jerudong Trophy match.

Clarence House told the BBC News it was an "impromptu family day out."