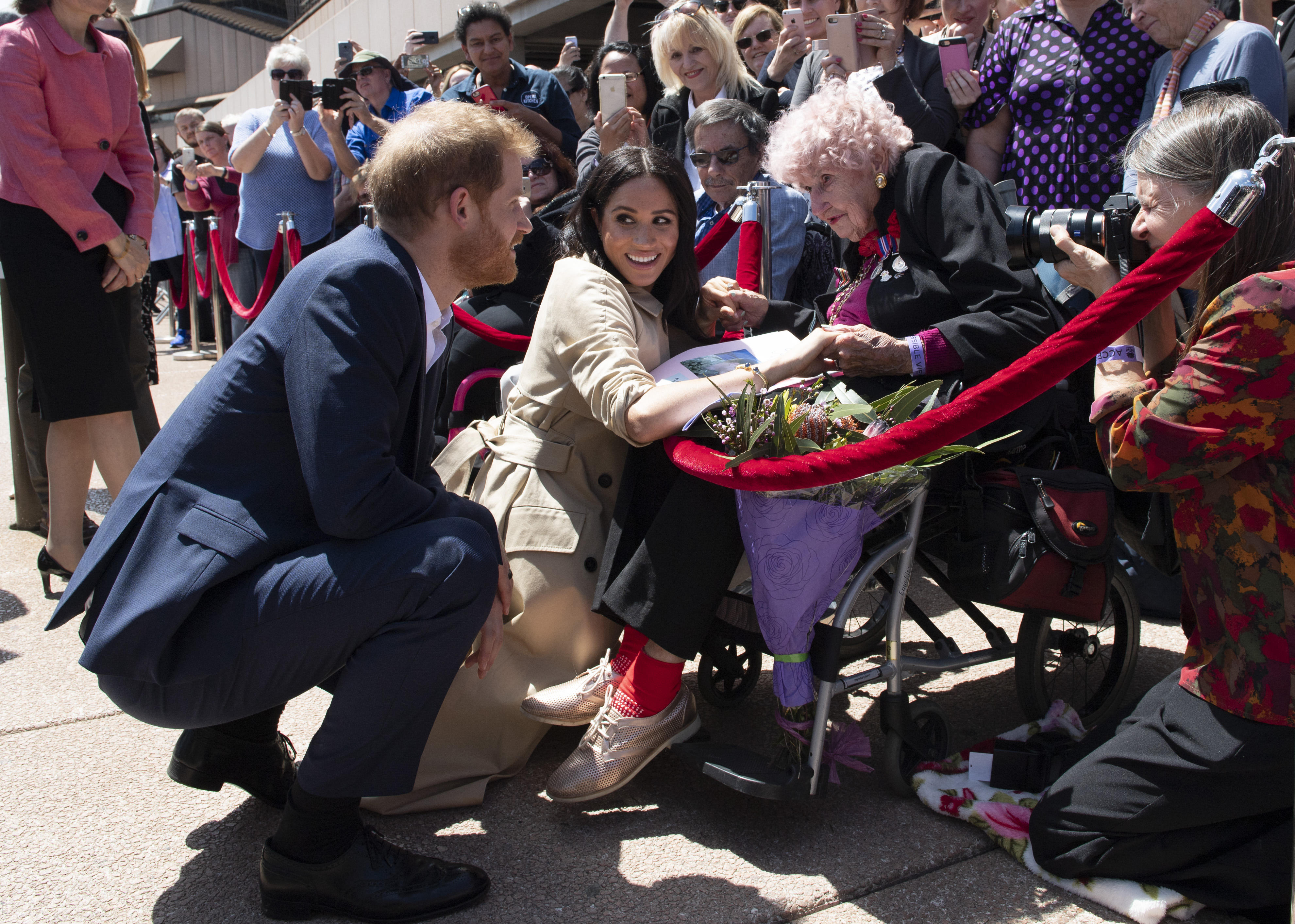 SYDNEY -- The Duke and Duchess of Sussex went on a walkabout Tuesday. Prince Harry and Meghan, who announced the previous day they're expecting their first child, are in Australia for their first royal tour as a married couple.

Crowds of well-wishers, and even koalas, greeted the pair, but as CBS News correspondent Jonathan Vigliotti reports, there are some Australians who question whether the British monarchy should still have power over their country.

Harry and Meghan's tour is a royal duty which, at many times throughout the day, felt and looked like a fine-tuned campaign. The royal couple is visiting commonwealth nations where the monarchy still has power, for now. Their first day "down under" was a carefully orchestrated charm offensive; they showered their host nation with affection.

"Thank you for the incredibly warm welcome and the chance to meet so many Aussies from all walks of life," Prince Harry said at an official reception. "We also genuinely couldn't think of a better place to announce the upcoming baby, be it a boy or a girl, so thank you very, very much."

The mum-to-be wore a white dress, made by a local Sydney designer for the first official day of their Australian tour. And what else could you do on your fist day in Australia, but pose with koalas.

Interest was at a fever pitch by the time they descended the steps of the iconic Sydney Opera House. Harry gave a thumbs-up when asked by Vigliotti how he felt on Tuesday.

It has been exactly the kind of reception the royal couple had hoped for; they have both looked incredibly relaxed as they greet the thousands of people gathered to catch a glimpse of them.

In Australia, the queen still serves as the official head of state, but a recent poll shows a nation divided over whether Australia should sever those ties and become a republic.

"They're rock stars, they're the palace's answers to rock stars," says Peter Fitzsimons, chair of the nation's movement advocating such a divorce from the royals. "Rockstars," and "good people," he says, but not heads of state.

"We think that in the 21st century, it is a tad -- what's that word again -- ludicrous, to maintain that Australia can do no better to find their head of state than a family of English aristocrats," Fitzsimons tells Vigliotti.

But supporters of the royal family say its next generation, including Prince Harry and Meghan and their soon-to-be young family, will help energize the monarchy, just as Princess Diana did decades ago.

"Charles needs to step aside and let the young ones take over," one well-wisher named Sue said in Sydney on Tuesday. "They've got more personality."

Sue said she considers the younger royals "very much" vital to the family's ongoing role in Australia and the world.

Many others in the Australian capital have told Vigliotti how inspired they were by the royal couple, specifically all the charity work they do for mental health organizations and their role in the Invictus Games, for wounded veterans.

On Wednesday the duke and duchess will visit a farming community, to talk with farmers about the impacts of climate change.