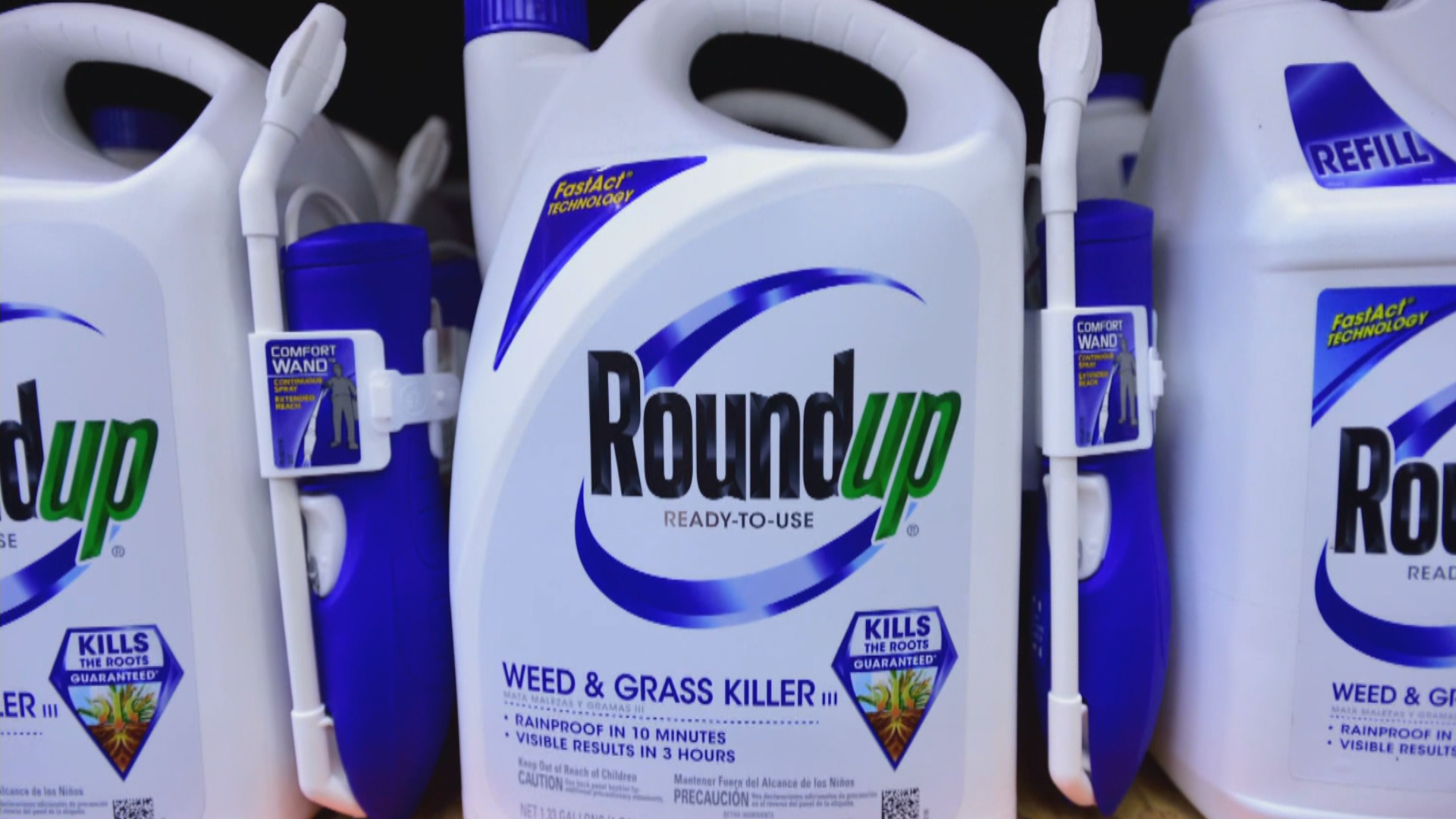 Yolanda Mendoza lives every day like it's her last. The mother of three is very happy and healthy now - a stark change from three years ago, when she was diagnosed with non-Hodgkin's Lymphoma.

"What was going through your head?" CBS News correspondent Mireya Villarreal asked.

During her five-month battle with the disease, her children were only allowed to visit once a week. There were moments when she didn't think she'd make it, but Mendoza said her kids helped her through them, and the most difficult part was "not being there for them."

After intense chemotherapy, her cancer is now in remission, but Mendoza is fighting a battle against the product she says made her sick - the popular weed killer "Roundup." She used the backpack sprayer once a week on her one-acre property.

"I would strap it on and I would walk around spraying," Mendoza said.

Attorney Robin L. Greenwald's firm Weitz & Luxenberg represents Mendoza and more than 30 other suing or planning to sue Monsanto, the agriculture company that discovered Roundup's main ingredient, glyphosate. She said her clients used Roundup frequently at work and at home.

The lawyers base their cancer claims on a 2015 report from the International Agency for Research on cancer - or IARC - a division of the World Health Organization. It found glyphosate to be "probably carcinogenic." The report says glyphosate caused cancer in lab tests on animals and found that the chemical damaged DNA in human cells.

But Dr. Donna Farmer, who has studied the chemical at Monsanto for more than 20 years, strongly disagrees with IARC's findings.

"I can tell you glyphosate is safe. The data that they look at, they cherry pick it and then they interpret the studies completely different than research who actually did it," Farmer said.

Farmer said glyphosate targets a certain enzyme in plants that's not found in humans or animals. She said comprehensive long-term studies by both Monsanto and independent researchers show the chemical does not cause cancer.

As for those like Mendoza who claim they got sick because of the product, Farmer said "the answer's not with glyphosate."

"She would spray her yard once a week. Does that change the concern?" Villarreal asked.

"No, I don't think that does change it. If you're using it properly -- the way you should -- you should be confident in the safety of that use every day," Farmer responded.

"So no need for masks? No need for gloves?" Villarreal asked.

"There is no data indicating that we should change any recommendations on how this product be used," Farmer said.

The EPA has found that glyphosate does not pose a cancer risk to humans. Dr. David Eastmond is a toxicologist who studies agriculture chemicals at UC Riverside.

"IARC focuses on hazard identification and the EPA focuses on risk. Risk is a more involved process in that it involves not only can it cause cancer, but is it likely to cause cancer under specific sorts of conditions," Eastmond explained. "I think that certainly the risk is modest and probably very small."

But Mendoza said customers should know more about the potential risk of using the product.

"I want to make people aware of what it is that they're spraying," she said. "I don't want them to go through what I went through. And what I'm still going through."

The EPA is currently in the process of evaluating glyphosate. It's standard procedure for chemicals every 15 years. A spokesperson tells "CBS This Morning" they are taking IARC's report into consideration and that the review should be done by the end of this year.