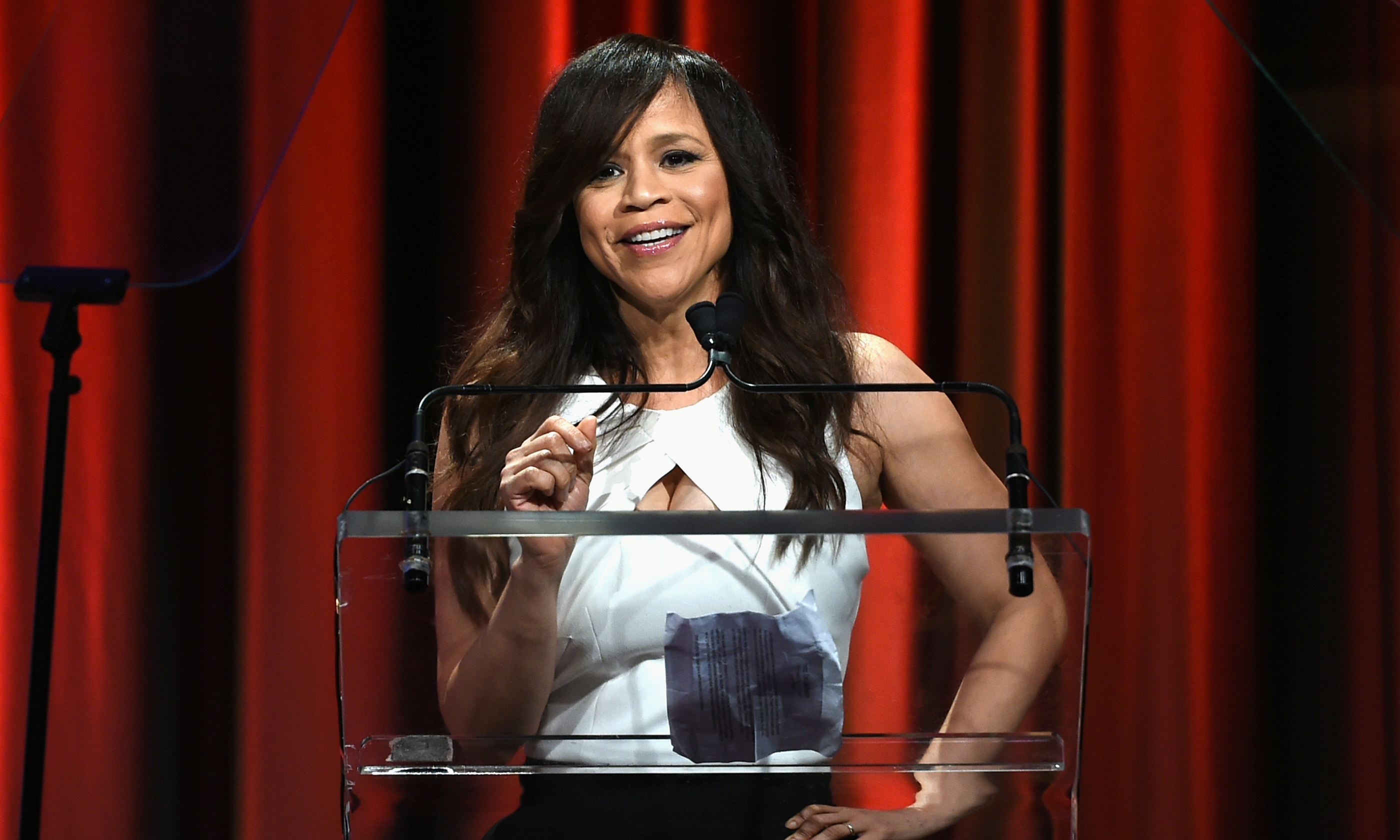 Rosie Perez said she too had questioned her sexual identity and experimented with a same-sex relationship when she was a teen, she revealed during a speech at TrevorLIVE New York on Monday.

Perez, 50, said that while in junior high she had a crush on a girl named Michelle, and that "all I wanted to do was hump her," but that her insecurity about having homosexual feelings made her feel isolated.

Despite the exploration she did in junior high, Perez, who is married to artist Eric Haze, said she's not "gay" and has arrived at a place of security about her sexuality. "I know I'm not lesbian, gay or whatever, I'm a quasi-straight person, I still went through that period. And I thought I was all alone," she said.

When their relationship ended Perez said she was "hurt," and needed someone understanding to talk to but kept mostly silent, which contributed to more pain. "That silence brought shame," she said. "I didn't have a community. I didn't have The Trevor Project."

"If I had other people, specifically adults, if I was just able to call up and they said, 'Oh, I humped the Michelle-type person too, you're normal, don't worry. You're either gonna go here, there or in the middle, don't worry about it, it'll pass. You're just figuring it out,' even that simple statement ... that would have made all the difference in the world."

But Perez says she was lucky to have "some wonderful people in my life, specifically my father and my aunt but also community leaders that said, 'No, it's okay to be different and just let your spirit shine.'"

Perez's parting advice was for teens to embrace the journey and their uniqueness. "There's no such thing as normal. What is the norm is being different."