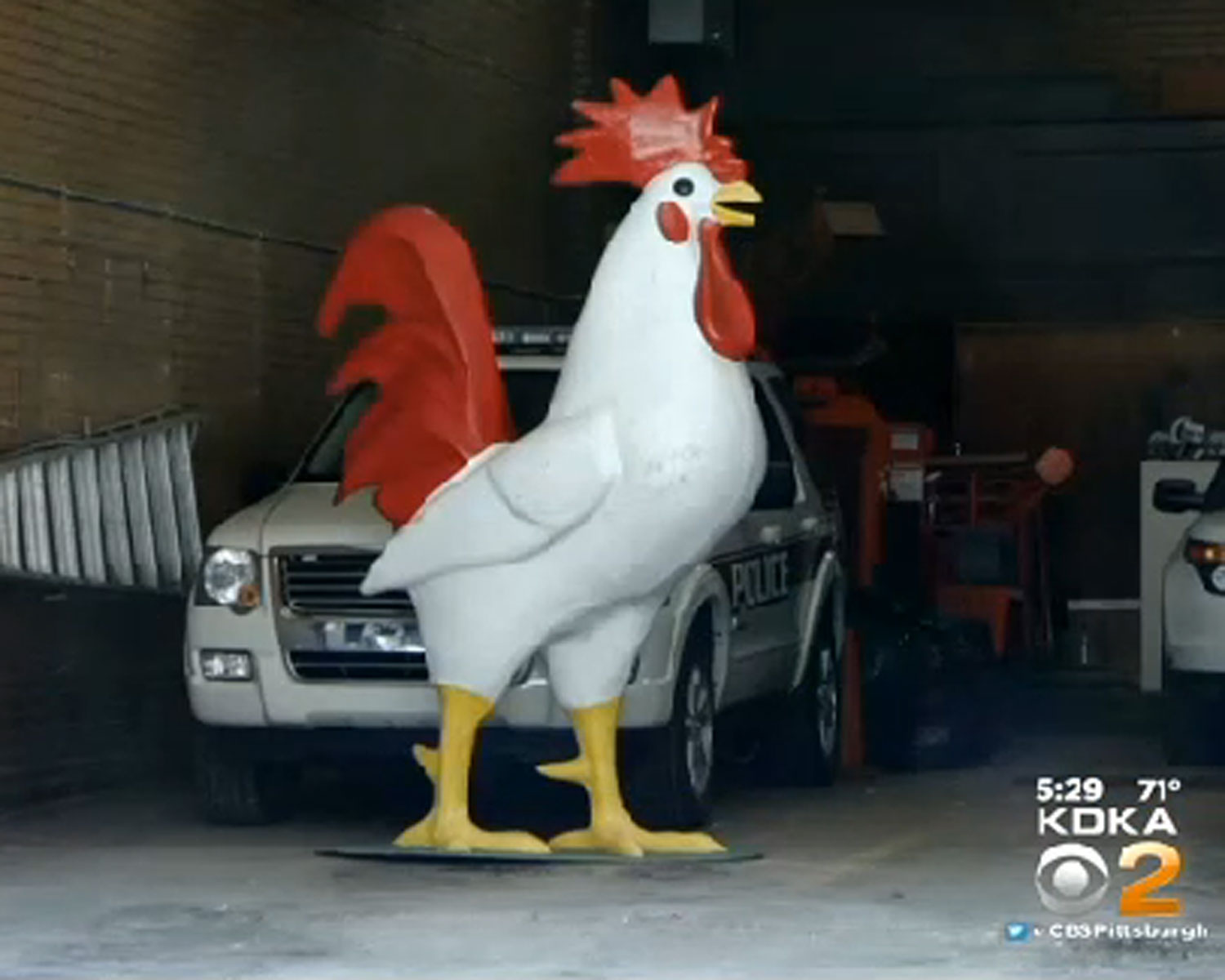 PITTSBURGH - Police in western Pennsylvania managed to track down a 12-foot tall fiberglass statue of a rooster that "flew the coop" from a novelty store - now they'd like to find the person who stole it.

According to CBS Pittsburgh, the escapade started early Saturday morning outside Tim's Secret Treasures in Charleroi, an antique and specialty shop about 20 miles south of Pittsburgh.

Neighbors near the store noticed someone loading one of the shop's trademark giant statues into the back of a Dodge Ram pick-up truck. They called the son of co-owner Rhonda Jaquay, who in turn called his mother.

"He said, 'Mom, you need to get up,'" says Jaquay. "At first I thought he was joking. Then, when I realized he was really serious, I guess the funniness turned to a lot of anger, because I thought to myself, 'You've got to be kidding me!' We've owned that place for seven years, and nobody ever went in that yard."

Officers say they spotted the missing rooster in the back of Brody Nichols' pick-up truck. CBS Pittsburgh reports that when police tried to pull him over, he drove off, leading them on a high-speed chase.

During the pursuit, the rooster statue fell out of the truck and sustained some damage. Police went to Nichols' home to try to find him, but he wasn't there.

Now they have a warrant out for his arrest. When they do find the "rooster robber," he'll face charges of aggravated assault and attempting to flee a police officer.

Jaquay says she and her husband have no plans to tighten security at their store; no plans to move the animal statues inside, either.

"There's crime and things that happen everywhere, but nobody's ever bothered them. So why would I move them because of one person?" Jaquay told the station.

Their super-sized animal statues are often purchased by local businesses as mascots, and they aren't cheap: The rooster ripped off last weekend was worth $2,000.