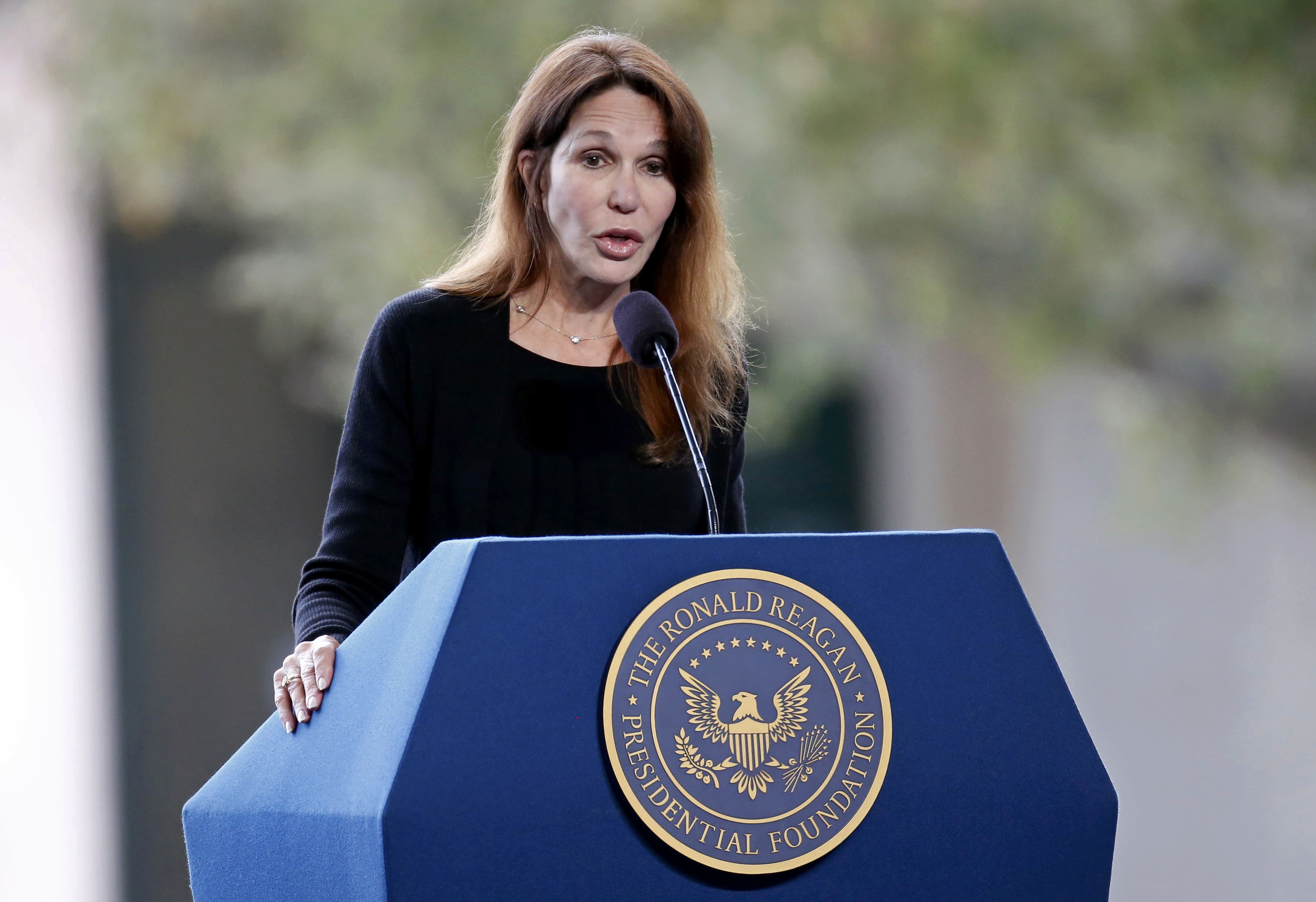 The daughter of former President Ronald Reagan is speaking out against the presidential nominee of her father's party.

She was responding to incendiary comments Trump made at a rally in Wilmington, N.C. Tuesday.

At the rally, Trump repeated his frequent campaign trail claim that Clinton plans to "essentially abolish the Second Amendment," but took his argument one step further than usual.

"If she gets to pick her judges, nothing you can do, folks," Trump said to boos from the crowd. "Although the Second Amendment people... maybe there is, I don't know."

Davis called the comment "glib and horrifying" and said it has already echoed around the world.

"It was heard by sane and decent people who shudder at your fondness for verbal violence. It was heard by your supporters, many of whom gleefully and angrily yell, 'Lock her up!' at your rallies. It was heard by the person sitting alone in a room, locked in his own dark fantasies, who sees unbridled violence as a way to make his mark in the world, and is just looking for ideas. Yes, Mr. Trump, words matter. But then you know that, which makes this all even more horrifying," Davis wrote.

Davis also reminded Trump that, personally, she is particularly close to the issue of violence against elected officials.

"I am the daughter of a man who was shot by someone who got his inspiration from a movie, someone who believed if he killed the President the actress from that movie would notice him," she wrote.

John Hinckley said he was trying to impress the actress Jodie Foster when he tried to assassinate Ronald Reagan in 1981.

After widespread backlash from his comments -- both The Washington Post and The New York Times denounced them in strongly worded editorials -- the business mogul placed blame with the "dishonest" media. He said the comments were not meant to provoke physical violence against his rival, but simply to speak to the power of gun owners in America.

"I mean, give me a break," Trump told Fox News Wednesday. "What it is, is there's a tremendous power behind the Second Amendment. It's a political power, and it -- there are few things so powerful, I have to say, in terms of politics."

At a rally in Des Moines, Iowa on Wednesday, Clinton said this is the latest example "in a long line of casual comments from Donald Trump that cross the line."

"Every single one of these incidents shows us that Donald Trump simply does not have the temperament to be President and Commander in Chief of the United States," the former Secretary of State said.