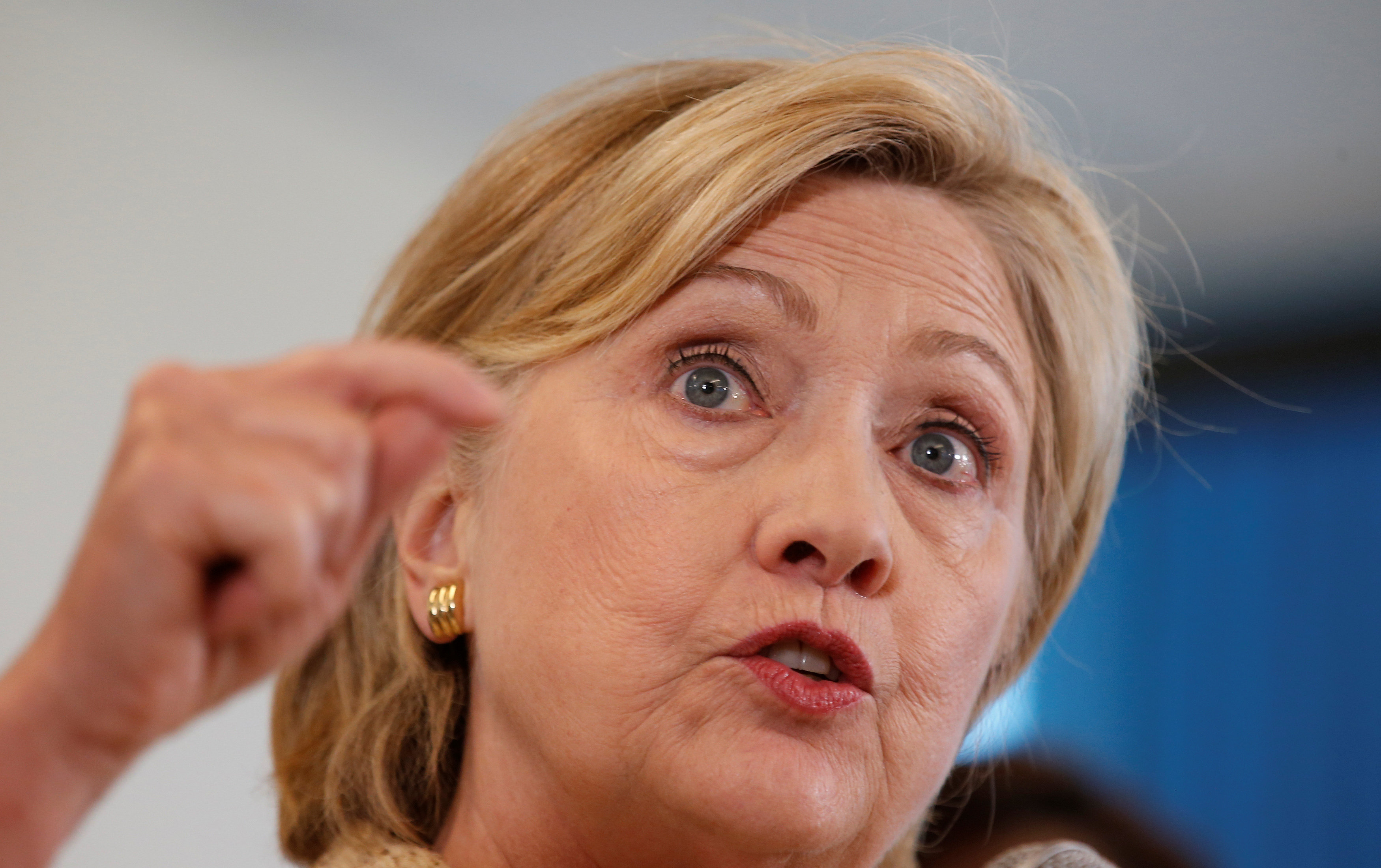 DES MOINES, Iowa -- Hillary Clinton responded to Donald Trump's comments about "Second Amendment people" for the first time on Wednesday at a rally in Des Moines, telling the crowd that "words matter."

"Yesterday we witnessed the latest in a long line of casual comments from Donald Trump that cross the line," Clinton said. "His casual cruelty to a Gold Star family, his casual suggestion that more countries should have nuclear weapons and now his casual inciting of violence. Every single one of these incidents shows us that Donald Trump simply does not have the temperament to be President and Commander in Chief of the United States."

Trump suggested Tuesday at a campaign stop in North Carolina that supporters of the Second Amendment "maybe" could do something to stop Clinton from appointing judges in favor of stricter gun control measures.

Clinton's campaign manager and her running mate, Virginia Sen. Tim Kaine, responded quickly to Trump's comments but Clinton herself had, until now, ignored questions from reporters about them. Clinton said in Des Moines that Trump's habit of making "casual comments" is a "critical difference" between her and her rival.

Shortly before Clinton's response a woman, who appeared to be an animal rights advocate, rushed the stage at the rally, prompting the Democratic nominee's security detail to spring into action. U.S. Secret Service agents tackled the woman as she climbed over a barricade and ran toward Clinton and, assisted by local law enforcement, appeared to drag her away from the stage and out of the event, with her hands behind her back.

Clinton -- who experienced a similar interruption last week at a rally in Las Vegas -- stayed on course.

She also said in her remarks that she is "humbled" by the support she has received by Republicans who have said that Trump "doesn't represent their values."

"Not only as Republicans but as Americans," she said. "I have to tell you, I feel that same sense of responsibility. We may not agree on everything but this is not a normal election and I will work hard for the next three months to earn the support of anyone willing to put our country first."

Earlier Wednesday, Clinton's campaign launched an official effort to bring Republicans and Independents into their campaign, called "Together for America."