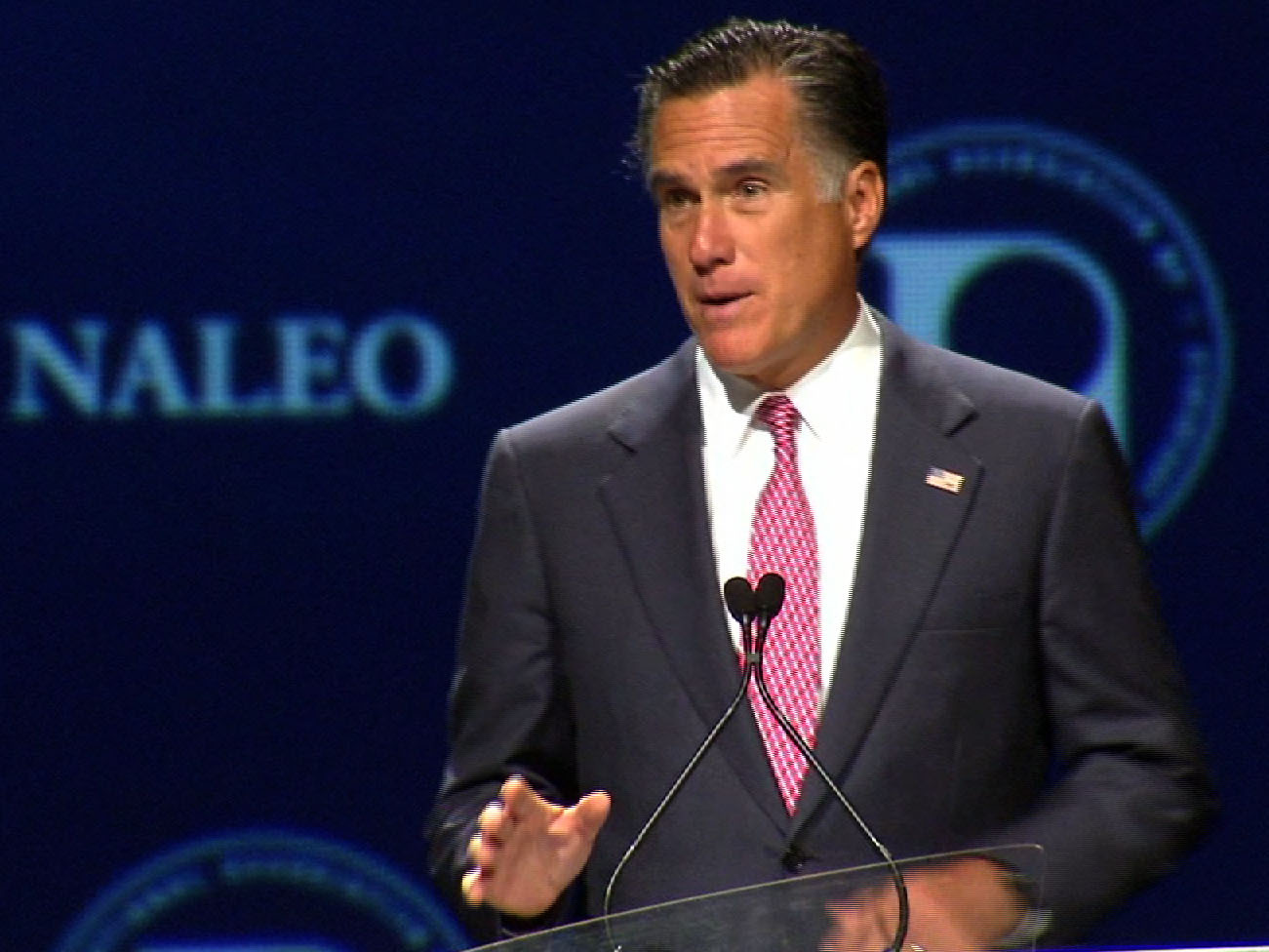 (CBS News) Mitt Romney was in a difficult position. As the presumptive Republican presidential nominee spoke before the conference of the National Association of Latino Elected Officials in Orlando, Romney had to navigate a fine line between appealing to his Republican base critical of illegal immigration and the Latino community who he also needs to beat President Obama in November.

At first glance, Romney failed to please either side, with anti-illegal immigration groups disappointed that the former Massachusetts governor moved from the stricter positions he embraced during his primary campaign, and immigration advocacy organizations critical of his failure to address what to do with 11 million immigrants currently living in the United States illegally.

"The Republican Party needs visionary plans to fix the immigration system, not tweaks around the margin where the only path to legal status for grandmothers is to enlist in the military," Noorani said, referring to Romney's endorsement of allowing illegal youth to receive residency through enlisting in the military.

"He promised a mandatory employment verification system, which is the underpinning of his radical 'self-deportation' position, with no mention of a line to get into for the millions of undocumented workers currently in the U.S.," Sherry said.

Meanwhile, Ira Mehlman, spokesman with the Federation of American Immigration Reform (FAIR), a group critical of immigration, said the employment verification system, also known as E-verify, "is one of the few areas where he does seem to be advocating for some progress."

Mehlman, however, said Romney's position turned "180 degrees" from the policies he backed in the primary, where he called for self-deportation - strict enforcement causing illegal immigrants to want to return to their country of origin.

"He wants to bring in lots of additional guest workers despite the fact the biggest issue in this election is unemployment," Mehlman told Hotsheet. Romney said he would increase the number of visas for high-skilled workers and implement a temporary or seasonal worker program.

As for the president's proposal to allow up to 1.4 million undocumented youth to apply for work visas, Romney did not say if he would overturn it.

"This is a guy just a few months ago would veto the DREAM Act as president," Mehlman said, referring to legislation that would give undocumented students the opportunity for residency.

"I can't imagine Romney's [speech] would qualify as leadership on this issue," FAIR's Mehlman said,